In Book Of Exodus – Part I, the performance begins with us staring for a minute in silence at a white background wall. Before the wall are piles of broken white foam smothering the territory. The ocean of detritus resembles the rubble after a bomb has landed. It calls to mind footage we see daily in news reports of devastation in the Middle East or Europe.

From the second book of the Hebrew Bible, this is the tale of the Israelites’ escape from slavery in Egypt to freedom in Israel. Their exodus, under the guidance of their god Yahweh, has brutal elements. 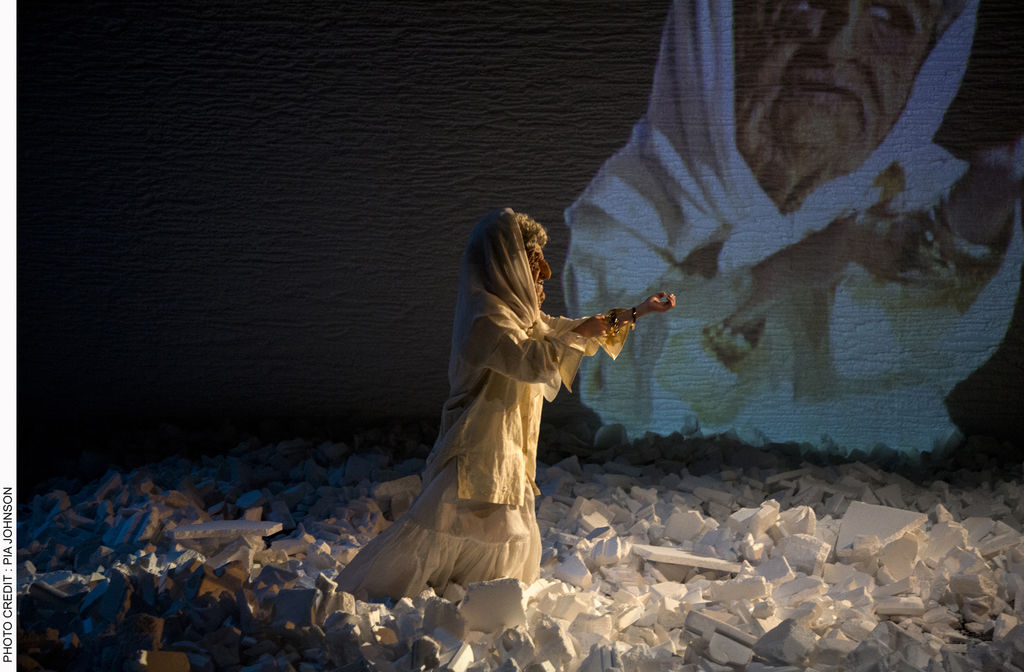 Moses and Aaron hear God and carry out his orders, arguing for their people’s release to the Egyptian Pharaoh — to no avail. As punishment, Yahweh unleashes on the Egyptians plagues and the slaying of every firstborn son. (His chosen people marked their doors with animal blood so that his ‘Angel of Death’ would pass over them as he went about the killings — hence, the name Passover, or Pesach.) Yahweh compels his chosen people to remember and repeat the story of their progress to the ‘promised land’ each Passover.

This part of Jacob’s Innocence trilogy, from Fraught Outfit, concerns legacy — what history compels us to remember and its mandatory transmission down the generations. Is the murder of innocents an acceptable price for ‘freedom’? Is a cruel God a God we can love? When war over territory governs, why have children at all, why exist? Finally, is violence the zenith of our existence?

Two humans, in grotesque aged masks, emerge from beneath the rubble — one male, one female, both pre-pubescent. As the ‘children’ they chronologically are, they mimic the activities of adults as they inhabit this small terrain, examining its archaeological ‘leftovers’.  They make a documentary of a history they cannot remember.

Sporting gold jewellery and Pharaoh headdresses, they dress and undress, adorn themselves, casually filming each other, smiling. They are innocents at play. They also mark their bodies in rich red paint, recalling the blood of Pesach/Passover. Our perception switches from playful childhood to the brutal violence of bloodshed. It is painful to watch ritual inflicted on innocent ‘lambs’. 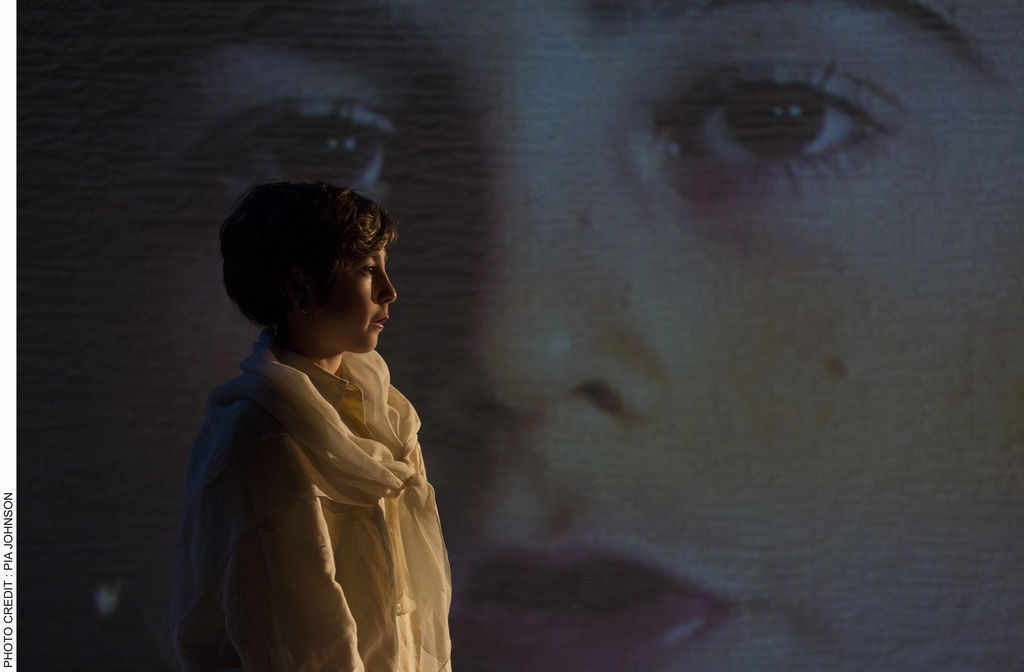 Placing the youth as storytellers, Book of Exodus poetically touches our hearts with their outstanding beauty. Audience members are touched both by them and for ourselves — we are all once innocents at play in the drama that is being human. The young actors are a delight to watch, at once resembling mythical creatures; others, just themselves. Questions about exposure and agency in the use of child actors are carefully managed, and these are deft professionals.

They appear on their patch as angels, one later disappearing through a cavity. They act for us a few moments’ occupation in time while telling the whole human story.

Book of Exodus – Part I is a world-class piece of theatre and 2017 must-see that wears its ideals on its sleeve.

Disclosure: The Plus Ones were invited guests of TS Publicity.
Image credit: Pia Johnston.

Dialogue in the Dark: Challenge the Darkness