TGI Fridays is your home of indulgence. From Jack Daniel’s steaks to their famous burgers, it’s got everything under one roof to get you into a food coma of epic proportions. Just when you thought it couldn’t get any better, TGI Fridays has a pair of Valentine’s day spiked monster shakes that will have any couple saying ‘it must be love’.

TGI’s has teamed up with teen pastry maestro, Morgen Hipworth of Bistro Morgan fame. The 15-year-old has recently set up his own permanent café on High Street in Prahran after a successful pop-up. Bistro Morgan pumps out some of the most insane donuts this side of the Yarra (which you can also now get at Royal Stacks’ new partnership with them). The donuts make the perfect match with TGI’s shakes, and The Plus Ones got to try both of the shakes at the launch. 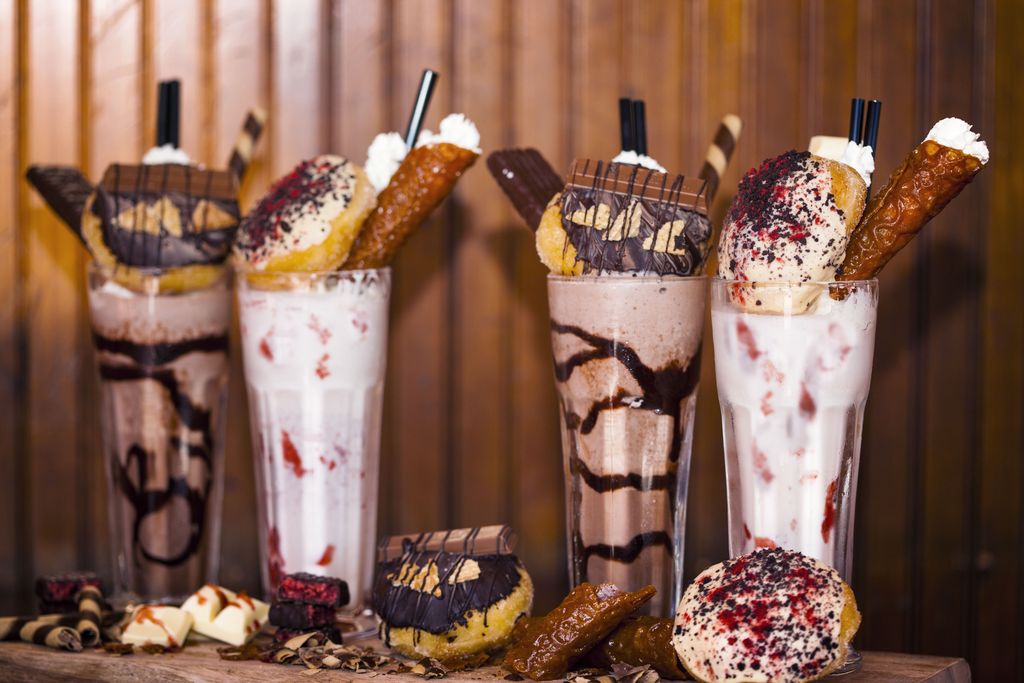 The Valentine’s spiked shakes are aptly named ‘Naughty’ and ‘Nice’, and are as filling as three-course meal on their own. ‘Naughty’ is for the dark-hearted, featuring Frangelico, Malibu, Coconut Cream, Pecans & Vanilla Ice Cream topped with a whole Cherry Ripe, Chocolate Tube Wafer, and a Nutella filled Bistro Morgan Donut.

‘Nice’ is for the white chocolate lover, but in reality, is just as sinful. This spiked shake has lashings of Chambord, Crème De Cacao blended with Vanilla Ice Cream, topped with a Bistro Morgan jam doughnut, brandy snap, and a whole Milky Bar.

It was hard to decide which one we liked better but eventually we went with ‘Naughty’. Who can go past a Nutella doughnut, am I right?

Valentine’s Day is just around the corner so if you are still looking for ideas to treat your special someone this might be the one. TGI Friday’s has several locations around Melbourne, and this menu special is limited so make sure you don’t miss out!

– Brenton
Brenton Spink is a social Melburnian who loves booze filled shenanigans. Find him on Instagram at @SoSpinky.

The Owl and Cat Theatre Gala: theatre and comedy galore