Melbourne is the #1 place to be in Australia if you’re keen on the live music scene, whether that’s as a punter or a performer or even a publicist (alliteration fuels creative industries). There’s one place for all these folks to intersect and fill their brains with wondrous things as well as challenge a few status quo’s lingering around town, and that’s Face the Music. Part of Melbourne Music Week, the two-day conference held around the State Library and RMIT was intense, educational, and enjoyable.

A few seminars were run simultaneously in each time slot. The choice was sometimes incredibly hard but there was no real wrong answer – and if you were overwhelmed by the decision you could always hang out on the State Library lawn and listen to some of the amazing artist showcases happening over the day.

I went armed with my fancy professional-looking pass and my tiny notebook that I filled to the brim over the few days. The panel topics varied but some of my favourite sessions were ‘Publicists Do It Better’ and ‘Everyone’s A Critic: The Relevance Of Music Criticism’. Being a PR nerd and music writer (this is 85% of what I do for The Plus Ones, check it out), these two panels were enough to reignite the fire and refocus my life goals. Which is, I think, the point of the conference. You spend two days sitting next to strangers and leave with them as pals, gig buddies, and future collaborators. 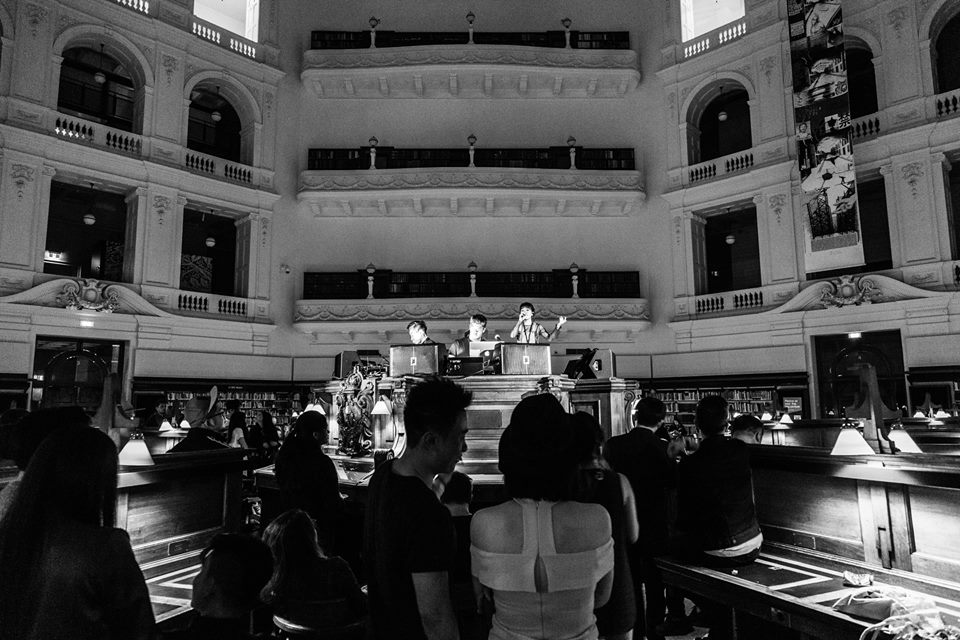 It being a diverse event, you’re not likely to agree with everything said. An audience member asked Rainbow Serpent festival director Tim Huggins how he felt about the festival being so rife with super-offensive cultural appropriation, and his response consisted of ‘we ask [festival goers] not to be offensive, but also we ask people to be not so easily offended’. Real life quote there. For the most part, Face the Music was a forum for great and productive discussions about aspects of the industry people don’t often get to glance into. Independent radio is adamantly not dying, but evolving in new ways and supporting local music in ways commercial fails to – and Australian music is in a golden age right now. Every genre has representation, some standing on a global stage, and some coming to stand on the steps of the State Library and showcase exactly who it is that makes Melbourne music amazing.

Looking around, the parts outside the structured panels were just as important to the conference – attendees had a chance to ask questions, hang out with each other, mingle and make proper professional connections that are sometimes really hard to foster in day-to-day life. Everybody there was bonded by the fact we’re all passionate about Australian music and want to be involved in making it the best it can be in the future.

– Jasmin
Jasmin Ashton is a PR whiz and freelance writer/artist from Melbourne who has a lot of feelings about pretty much everything. Find them at @Jasmanna.

Disclosure: The Plus Ones were invited guests of TS Publicity.
Image credit: Briana Davis.