Having grown up in East Germany, my childhood in the 80s was mainly dominated by Russian fairytales rather than Transformers and arcade games. Luckily I have enough nerdy friends here in Melbourne and NZ to have received a delayed education on all things 80s pop culture and felt well prepared for Arcade Arcade in ‘Next Level’.

Artists Jimmy James Eaton and Jason Geary really went to town with the theme. Their comedy show (playing at the Butterfly Club) is a combination of clever digital projections and live improv comedy tied together by an overarching plot with strong Stranger Things references. Some real craft went into the short movies – original scenes from iconic shows like He-Man and My Little Pony are altered to create social commentary or to simply be silly. The same can be said for the live comedy itself, which makes great use of props and strikes a successful balance between being simply weird and referencing well known arcade games and shows from the 80’s. All this was done without being clichéd or using cheap jokes. Often I asked myself: ‘how did they think of this?’ while I laughed hard. 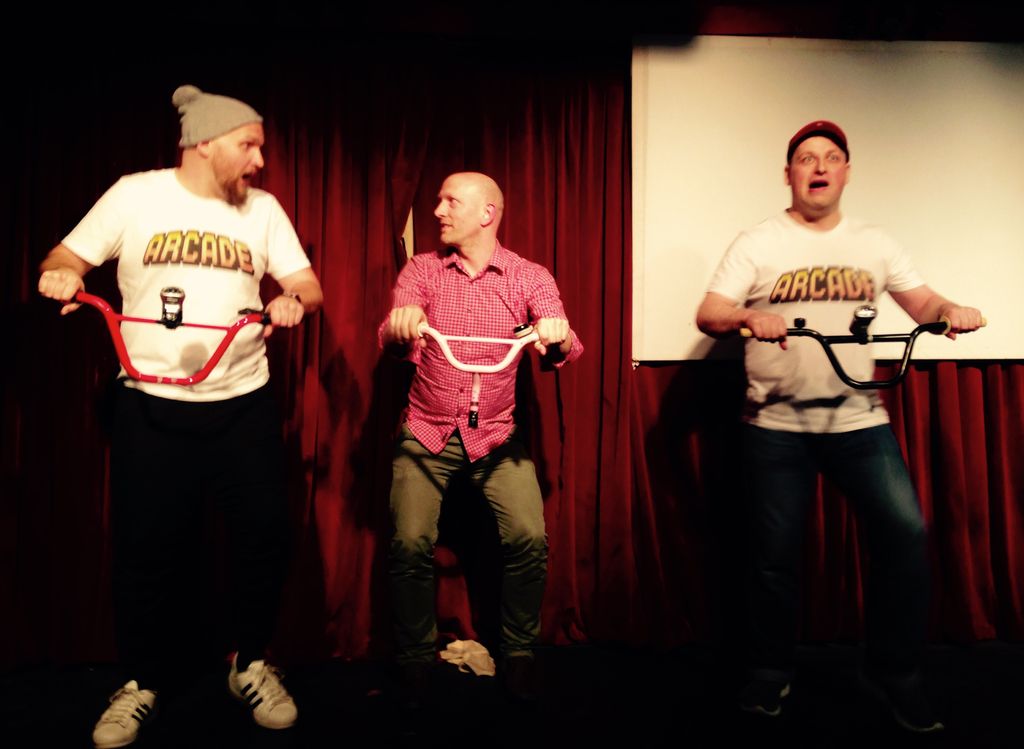 Audience participation at ‘Next Level’

If you are the kind of person that likes to take a more active part in a show, this one is definitely for you. Hardly any audience member was spared; in fact, my plus one spent a good part of the evening on stage. This made the whole experience hilarious and I was in stitches most of the time. Depending on audience response, the story is altered and changed, which made the whole thing a lot more exciting.

This is a real standout show and I can only urge you to see it. What’s great about ‘Arcade Arcade’ is that it is done in a way that doesn’t require much knowledge of the 80s. (I am aware that there are people born in the 90s that are now legally adults. And it scares me.) The show was designed in a way that makes it extremely approachable to all ages and at no point was it intimidating or daunting for the shyer audience members.

‘Next Level’ only runs for another couple of nights, so to all the people out there who care about footy as little as I do: buy tickets now!

Arcade Arcade in ‘Next Level‘ runs 28 September to 1 October, 7pm (60mins) at The Butterfly Club, Upstairs.
The venue is not accessible.

For more Melbourne Fringe 2016, check out our guide and all our reviews.

Disclosure: The Plus Ones were invited guests of Arcade Arcade.
Image credit: Melbourne Fringe.

‘Who the Bloody Hell Are We’ comedy gala with Australian Aid