Yes! My theatre stars aligned last night and I got to go and watch ‘The Beast‘ at the Comedy Theatre in Melbourne. I had heard a lot of good things about this production, written by and starring Eddie Perfect, and was positively beaming when I collected my tickets from the box office.

The plot: friends Simon (Rohan Nichol), Baird (Perfect), Rob (Toby Truslove) and a skipper (Peter Houghton) are lost at sea, starving and thirsty, lamenting life and the prospect of its demise. Fast forward by a few months and we find that the men and their wives (portrayed by Heidi Arena, Alison Bell and Christie Whelan Browne) now live in country Victoria. 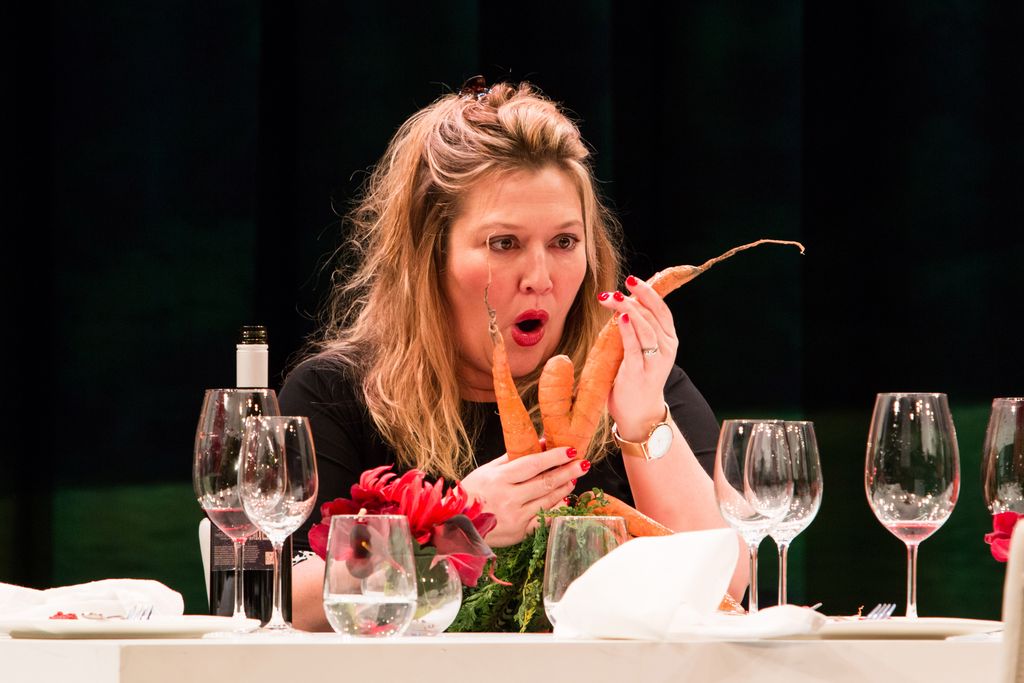 After his misfortune at sea, Simon, the wealthy and adulterous entrepreneur among the three men, is now a passionate organic gardener and has discovered his ambition to live a more ‘authentic’ lifestyle.  From this desire an idea is borne to host a dinner where the three couples will buy an organic, free-range calf, which will be humanely slaughtered and consumed in various courses.  This plan goes pear-shaped when the butcher never shows up and the couples choose to take matters into their own hands.

This play is so rich in themes, it’s hard to make a start articulating them all. It cleverly puts a spotlight on upper-middle class pretentiousness, the motivation of do-gooders, the strains that modern society places on people, sexism, women’s rights and more. There are so many laugh-out loud moments and it is so deliciously gory, rude and politically incorrect — I was practically salivating with excitement the whole way through. Often I had to pause and ask myself: ‘could I hunt down and kill my own food?’, ‘am I trying to be sustainable for the right reasons or simply to feel pleased with myself?’.  I have always despised the wine snobbery that goes on in my own family and ‘The Beast’ does such a good job at calling BS on that sort of thing and expose the underlying insecurity that motivates people to judge each other based on status and material gain. 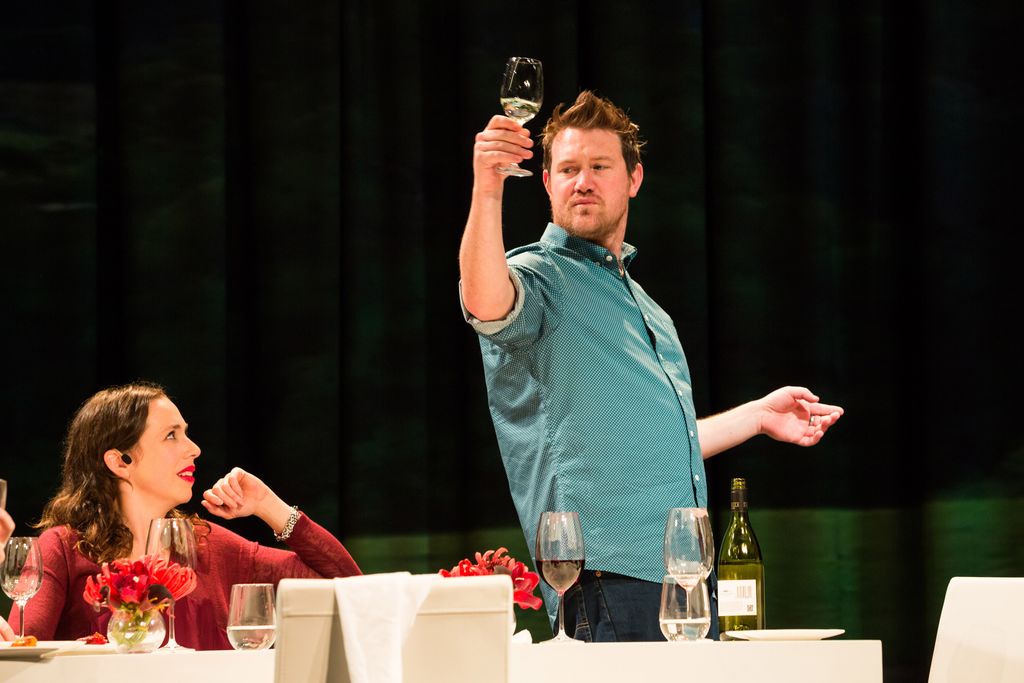 The acting is superb and the dialogue is candid and believable. I particularly enjoyed Christie Whelan Browne as ‘Gen’ (BEST ‘eating pussy’ monologue ever) and the very adaptable Peter Houghton who portrayed not one, but FOUR characters in this production. Everyone was on point and big kudos to Eddie Perfect for writing such a multi-faceted, yet succinct and funny play.

‘The Beast‘ is showing until 10 September 2016 at The Comedy Theatre. Purchase tickets now.

Disclosure: The Plus Ones were invited guests of TS Publicity.
Photo credit: Ken Nakanishi.