Fact: Drinking rum on a school night makes you a pirate, not an alcoholic. Particularly when it’s a spiced rum masterclass at The Rum Diary Bar for Melbourne’s World Class Cocktail Week.

We recently covered another World Class Cocktail Week event about making tea cocktails so, naturally, it’s time to make spiced rum. But first, a pirate fact: Pirates wore an eye patch to train their eyes to adjust to the disparate light conditions above and below deck. Switching the eye patch to the nocturnally trained eye when submerging below deck allowed a seamless sensory transition, and vice versa.

Anyway, rum. If you’re anything like me, you like to think you know spiced rum, but you probably just occasionally down a Captain Morgan with Coke and a quarter lime. Hence, a masterclass on building your own grassroots spiced rum is a gentle foray into guerilla rum production and sampling. Melbourne’s synergy with quirky (read: sufficiently skilled) cocktail-making, hipster bars, and general alcoholism is so pervasive you can afford to forget about your Thursday night chicken thawing in your kitchen sink and nip over to joints like The Rum Diary Bar during World Class Cocktail Week to sample rum, build your own spiced rum, then take home your piratey concoction. 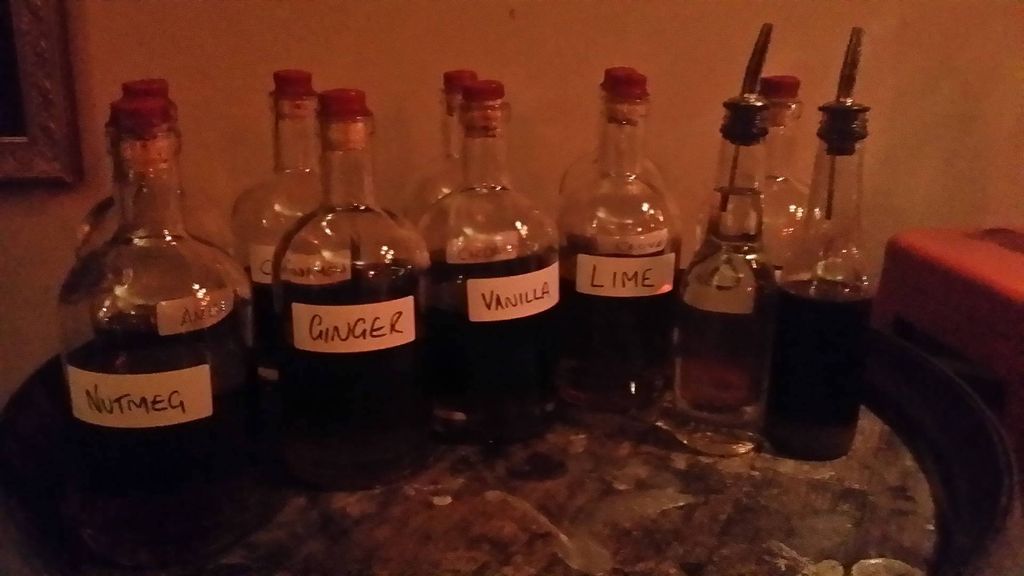 The Rum Diary Bar do pretty cool things, like launch their own spiced rum. Making my own spiced rum hasn’t been given much thought (I’m more of a kombucha guy), but it’s deceptively simple. Take a decent quality dark base rum, split into separate portions, then flavour each one with spices and let steep for a couple weeks. Obvious go-to’s are orange, cinnamon, and anise. Then just mix these individual spiced rums to your neat rum to taste. At the masterclass, I toyed with 1 part vanilla, 1 part lime, 0.5 part cardamom, and 1 part sugar syrup, while my +1 went all D&M with anise, cinnamon, ginger, orange, and molasses, to name a few. It’s a delicate trial and error process.

My advice is forget tip-toeing and instead go all pirate Marie Curie. Start with neutral bases, like vanilla and orange, taste, add a stronger note, taste, sugar syrup to balance, taste, repeat. Finally, we got to test run our own creation by turning it into a cocktail, after which The Rum Diary Bar folks bottled up our rum to take home. Melbourne pirate life.

Ate: Left my chicken thawing in the kitchen sink.
Drank: My own spiced rum, rum cocktail, and some straight molasses.

World Class Cocktail Week runs 4-10 April 2016 in Melbourne. Check out The Rum Diary Bar Facebook page to keep up with their rummy events.

Disclosure: The Plus Ones were invited guests of The Rum Diary Bar.