I was really excited to see Suzanne Chaundy’s production of Mozart’s “The Abduction from the Seraglio“. I am a recent convert to opera though, so I was still unsure of exactly what to expect. I had previously considered opera ‘that’ genre of music typified by high (or low) pitched warbling, watched by the old and the rich. However, I have quickly learnt to appreciate opera’s ability to fuse amazing costumes, astounding, often simple set design, beautiful music and phenomenal vocal ability. Along the way, I have also been surprised by opera’s versatility, and willingness to encourage all ages to attend and be entertained. 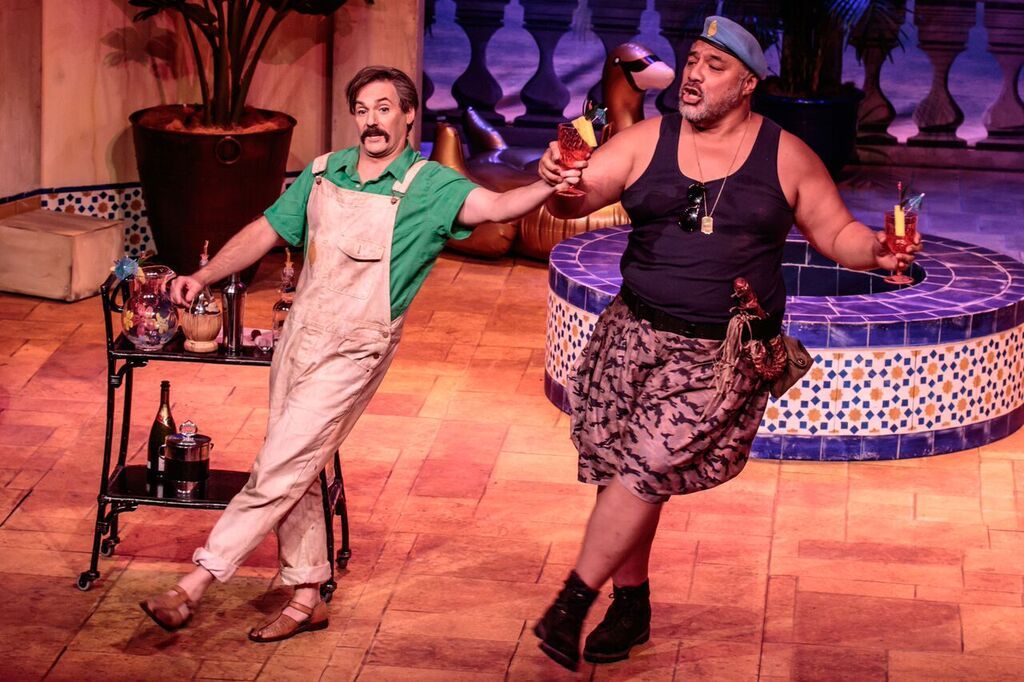 Part of my education has been provided by Melbourne Opera, specifically Suzanne Chaundy. Last time it was Mozart’s Cosi Fan Tutte, reconfigured into 1960s Melbourne. This time, “The Abduction from the Seraglio” has travelled through space and time from the original 18thCentury Turkey to the James Bondesque (and a touch of Austin Powers) glamour and style of the 1970s. Having this contemporary performance juxtaposed inside the opulence of the Athenaeum Theatre is reflected in many of the audience; comfortably eccentric, and nicely lacking too many starchy formalities.

It tells the story of Konstanze (Lee Abrahmsen) and her assistant Blonde (Hannah Dahlenburg) who have been kidnapped (or ‘rescued’) by ‘international man of mystery’, Pasha Selim (Melbourne Opera’s regular Nick Pelomis). Now being kept under guard by heavy-handed (and very funny) Osmin (international bass Eddie Muliaumaseali’i), James Belmonte (international tenor Christopher Lincoln Bogg), Konstanze’s lover arrives by parachute to rescue them (properly). Taking us through the relatively simple storyline was not only the magnificent singing and the delightful music from the Melbourne Opera Orchestra. There was also some dancing, some bright colourful sets and some equally colourful characters. 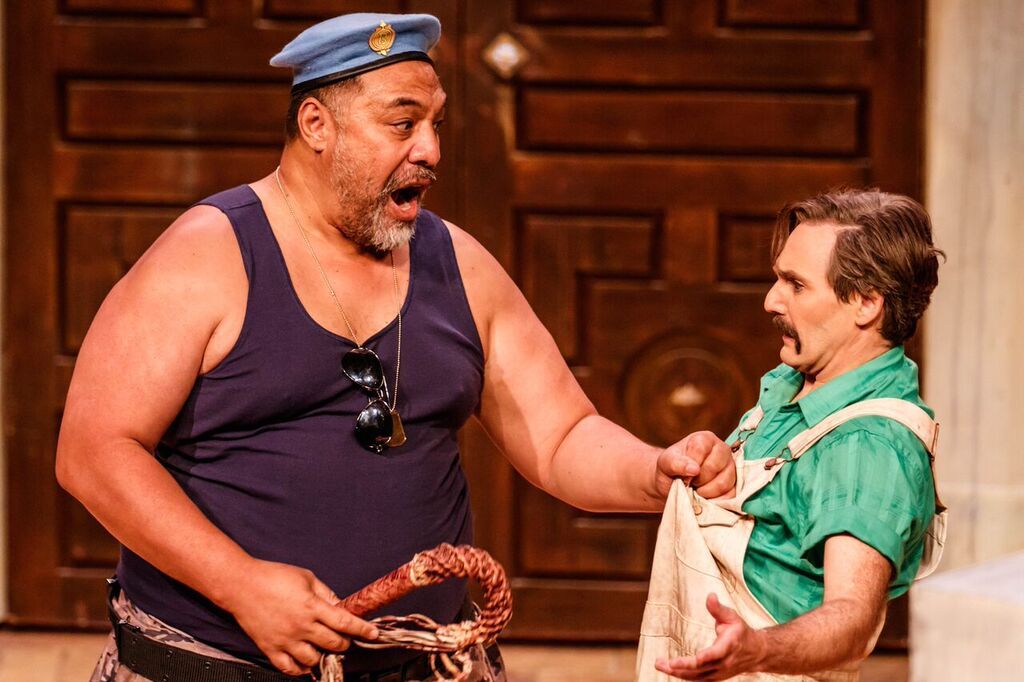 Part of Melbourne Opera’s byline is that they bring opera to people. I would suggest that their choice of production also bring people to opera! As the audience already exemplified, it is a performance for old, young, new or veteran. The modern interpretation will surely entice a whole new generation of music lovers to come. And as the first professional performance of this opera in 20 years, it will also attract the purists too. So, if you are intrigued to see opera but have been held back by its stogy perception, this is the perfect introduction. Altogether an all-round performance that ticked all the boxes for a great night out.

– Duncan
Duncan is a ‘man about town’ and purveyor of Melbourne’s surprising, quirky, and cultural events.

“The Abduction from the Seraglio” is on the 5thand 9th February at the Athenaeum Theatre. Buy tickets now. The venue is accessible.

Disclosure: The Plus Ones were invited guests of Fuller PR.