Shakespeare and improvisation come together cleverly and slickly in ‘Soothplayers’; an hour of improvised theatre intended to be portrayed by the players on stage as though the Bard himself had written their dialogue. Commitment to the Shakespearean devices and language starts right from the beginning as the audience is introduced to the concept of the production and asked for a title that will inspire the players for the evening. After a very well handled rhyming couplet introduction in form of a monologue, the show was ready to unfold. 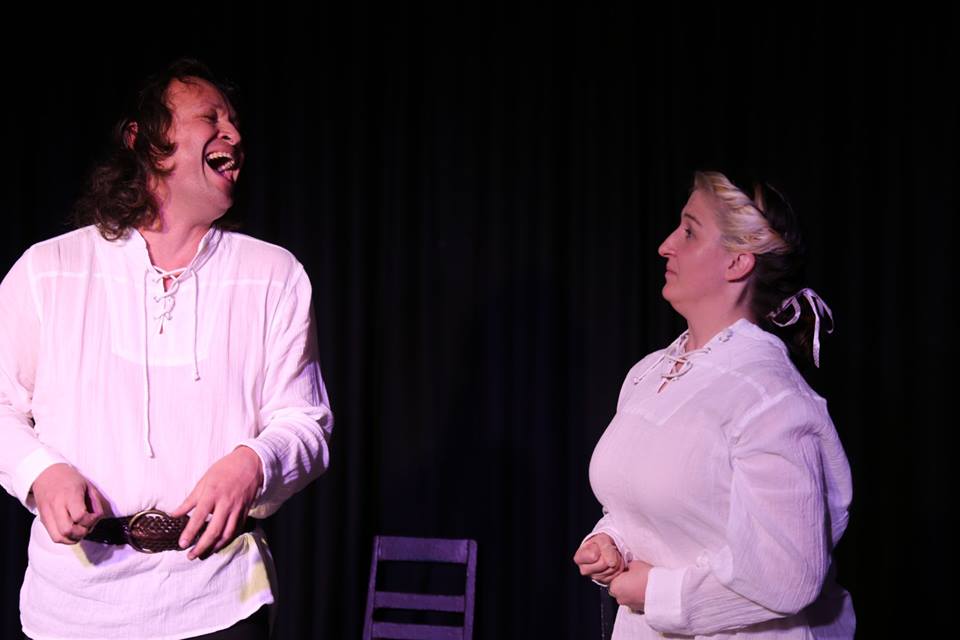 Even if Shakespeare has never been your thing, or brings back painful memories of studies in the past, you’ll undoubtedly come away very impressed with the way the players handle the language, delivery, themes, and character interactions. There is a real sense of training and strict commitment to creating a believable Shakespearean atmosphere, while at the same time allowing humour to evolve through the improvisation and characters at a fairly non-distracting and complimentary manner. As with most improvised shows, a strong mention must also be made to the musician involved, as they too are improvising according to the interactions on stage. The accompanying mandolin playing that fitted the mood, and changed cleverly on cue, was a special highlight.

The pacing of the evening was interesting to witness, with many threads quickly brought together within the last ten minutes; yet overall, through the teamwork on stage, was handled cohesively. This is some dedicated improvisation that is impressive with its delivery and sustained commitment to its theme, leaving the audience well entertained and impressed with the feats they have witnessed.

‘Soothplayers’  has a monthly residency at the Improv Conspiracy Theatre, so if you missed their run at The Butterfly Club, it’s not too late!

Disclosure: The Plus Ones were invited guests of ‘Soothplayers’.