Melbourne is so jam-packed with events that we can barely keep up. Here are a few of our favourites from October. We dressed like Germans, tried new wines, evaded evil clowns, and explored this wonderful city. 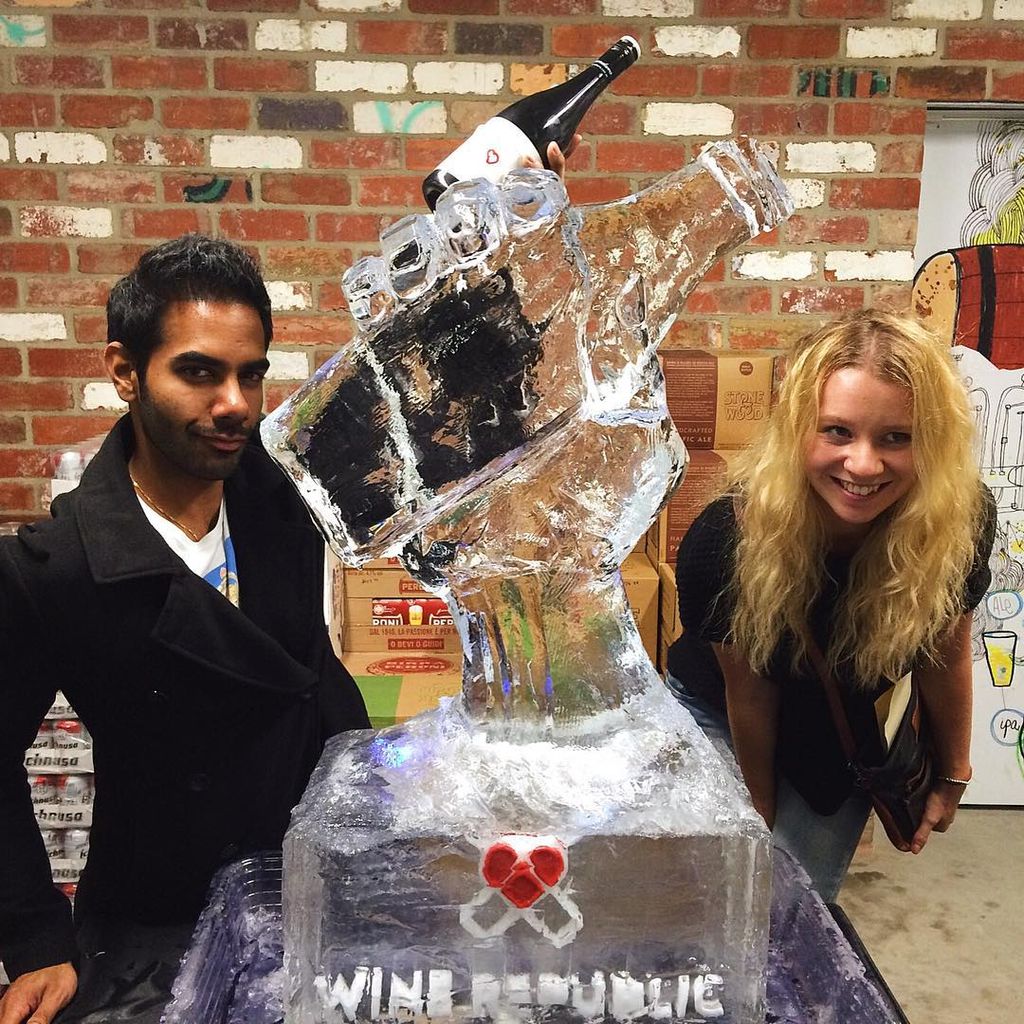 Wine Republic has opened a Northcote store! I have loved its Fitzroy branch for long time. Its Friday night tastings, for example, regularly kickstart my Friday nights (ssshh!) and the staff are always smiling.
We went along to check out the Northcote opening this month. The store is striking and has an enormous, and I mean enormous, range of beverages. While the name suggests it’s a vino heaven, and it is, it also has possibly one of Melbourne’s largest craft beer selections. 800 craft beers from all over the globe! The night saw us try bites from Estelle, which is very handily just across the road. Each dish was carefully matched with one of the team’s alcohol selections: sake, a Moondog stout and Laherte champagne. True to form, the wine stole the show. While the team has 2,000 to choose from, I couldn’t go past the Studebaker Pinot from Moondarra wineries. Delectable. Oh, did I mention the magnifique ice carving out back? – Rukmal 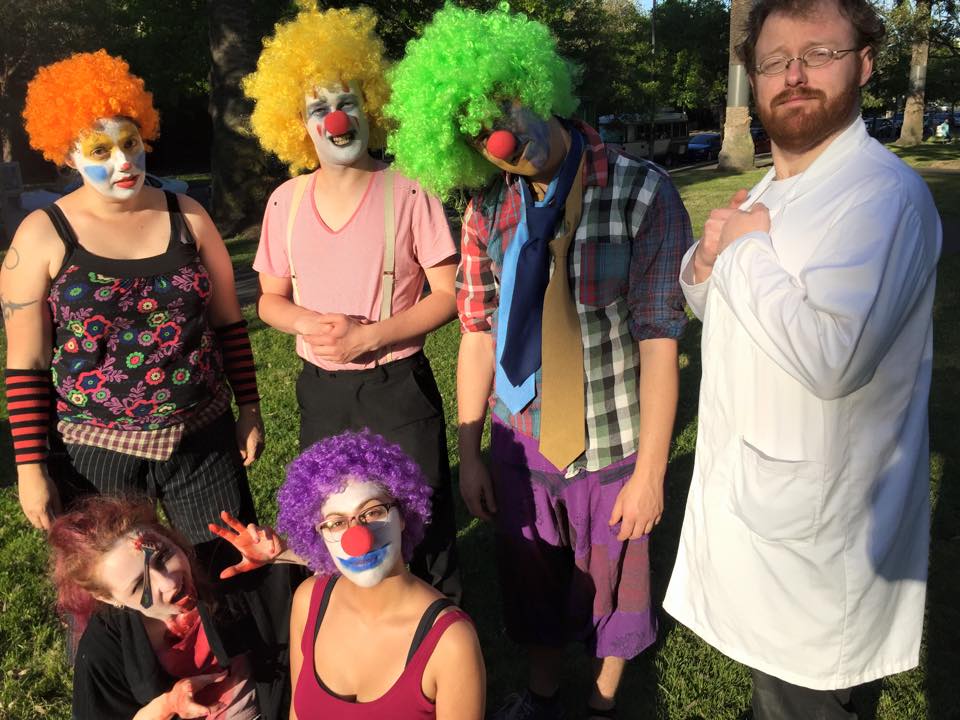 Evil Clowns! Pop Up Playground kicked off Halloween weekend early with their themed Citydash. The game is a well-orchestrated scavenger hunt around a Melbourne neighbourhood. Players use an app that continually pops up with clues to help them find hidden codes and earn points. To makes things more challenging (and more fun), guards also roam the play area. In our game the guards took the form of evil clowns and we lost a pile of points due to being spotted by them several times. A variety of talents are rewarded in the game: reading maps, deciphering clues, spotting codes, and shouting “Clown!” then sprinting for cover. If you’re like me and terrible at all of these things, you can just enjoy running around laughing with your friends and exploring a new neighbourhood. Our team was nowhere near the champions’ high score (my personal victory was not coming dead last). Win or lose, I say you’re guaranteed to have a fun experience with friends.

– Jenny
Jenny Schmidt loves games and laughing with friends. She was also picked last in gym.

Pop Up Playground hosts a variety of events around Melbourne. Check out ‘Your Turn’ at Bella Union on November 19th. 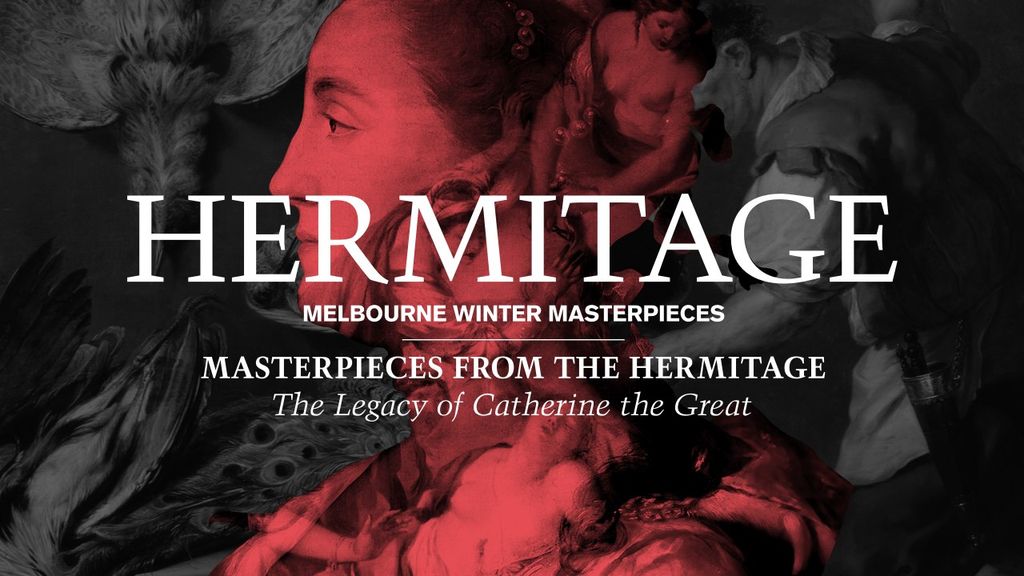 Catherine the Great Lecture Series at the NGV

If you thought lectures were just for university students, think again. This spring the National Gallery of Victoria has been running a lecture series to run alongside their Friday Nights at NGV program. The lecture series welcomes acclaimed academics and professionals in history and art to speak on aspects of the gallery’s main showcase for this season, Masterpieces from the Hermitage. I went along to hear about Catherine the Great and her influence on the proliferation of the Russian arts and literature. As a history student, this was a perfect Sunday afternoon for me, hidden away in a dark air-conditioned room soaking up history, art and culture. These talks are for everyone and anyone interested in a deeper insight into the Hermitage collection. And if you were wondering, there are no essays due at the end of the lecture. If only all lectures ended on such a happy note.

– Charli
Charli W. is a creative writer, food lover, and Harry Potter aficionada in her last year of a History degree. She is sure she will find a way to combine these things one day, to great success. If not, she’ll pack up and become a bartender somewhere in the Caribbean with a fabulous year-round tan.

Masterpieces from the Hermitage runs until 8 November 2015 at the National Gallery of Victoria. 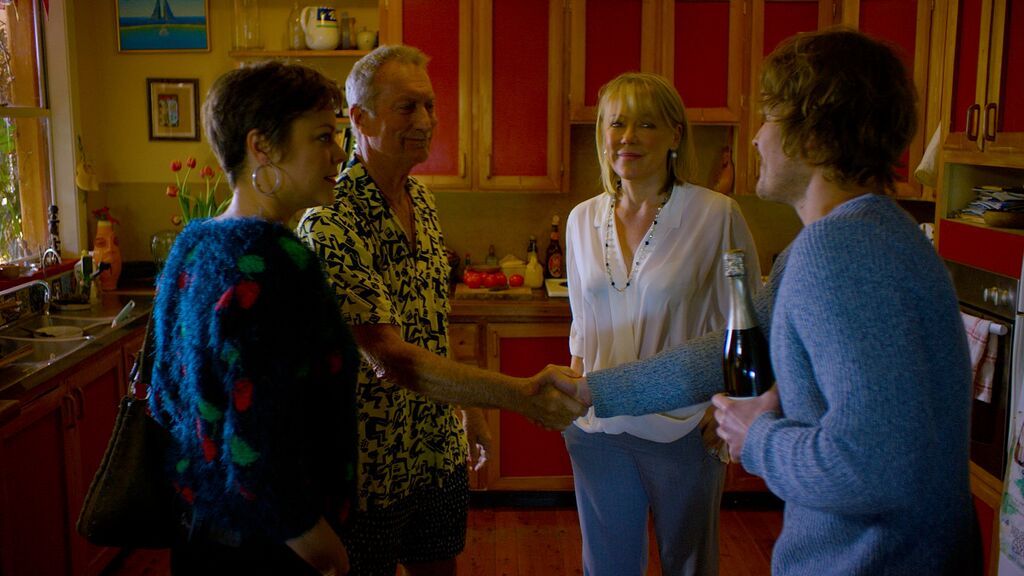 It is not every day you are running late for a media viewing, attempting to sneak in unnoticed, but end up being face-to-face with one of Australia’s most celebrated actors – Bryan Brown. But after watching the premiere of his latest project with daughter, writer, and producer Matilda Brown –  Let’s Talk About – it kind of seems fitting. As does his dad joke about my cut-off jean shorts, and not being able to hem things properly.

A quirky 10 part short-form tv series airing on subscriber station Presto, each episode is about four minutes long and highlights the key moments in a couple’s somewhat sped-up relationship. Ben (Richard Davies) is a kid’s entertainer, or clown to be exact, and Claire (Matilda Brown) is the nurse he has just started dating – who is now a little inconveniently up the duff. Brown, or Bryan as I like to call him after our little heart-to-heart about leftover sandwiches, plays her dad, adding his usual frank input in a thoroughly open and real insight into the complexities of modern relationships. Download it and have a giggle.

– Collette
Collette Swindells has recently launched her online maternity label AYLA Maternity and was running late after picking up a sewing machine from Kathmandu that day. She would normally be wearing heels and a dress to such events – particularly if she knew how intimately she would get to know the cast. 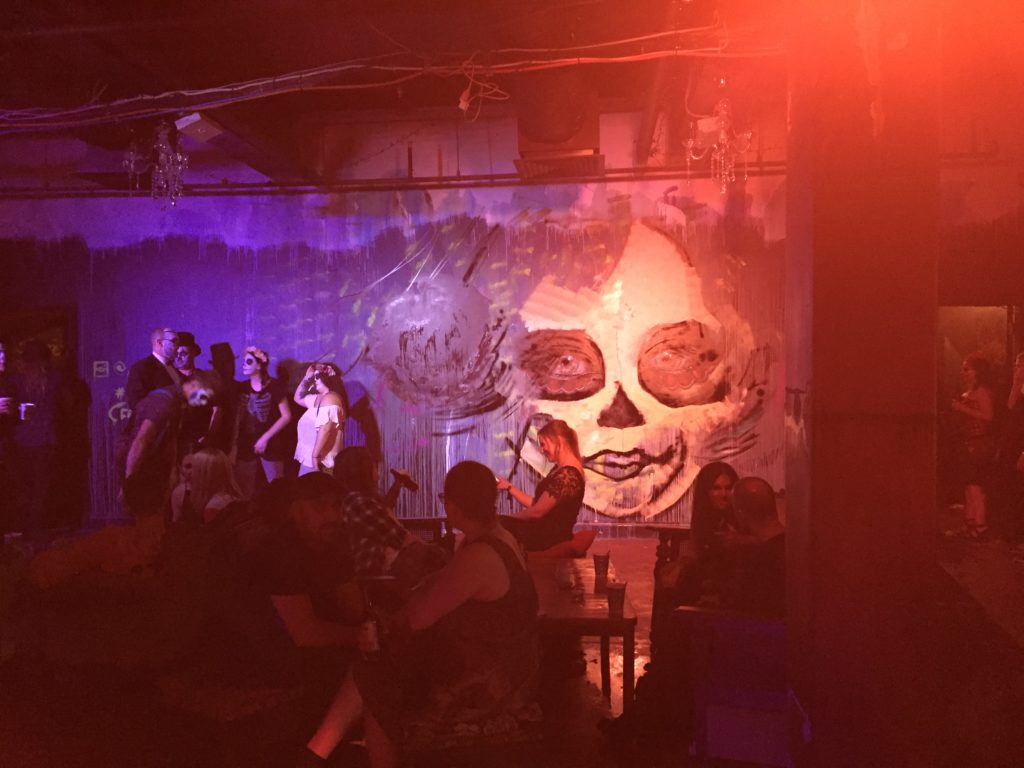 Day of the Dead Warehouse Project

With the rise of Halloween celebrations and Mexican kitsch in Australia, the only thing left was to combine the two, throw in a warehouse, and call it a party. Day of the Dead Warehouse Project 3.1, Melbourne addition, was a sensory explosion with visual, aural, smell and taste all accounted for. Superbly talented artists filled the walls with skull inspired art, the smell of tortillas and burritos lured many in after their tequila cocktails and frenzied dancing had them breaking out in sweats. Anyone who turned up without costume was able to grab a flower crown in the market area, before having their face painted by a team of professionals. Consequently everyone looked the part for a unique party everyone craves as summer is emerging.

Rocking out at Oktoberfest In The Gardens' silent disco. Have a few steins for us if you make it to tonight's party! #OktoberfestAU #theplusonesmelbourne #party #invite

Oktoberfest In The Gardens

Birrarung Marr. 12,000 people. Music festival atmosphere. What’s more to like, want or need! It shouldn’t be surprising that partying on a grassy knoll with the entire city in the backdrop places Oktoberfest In The Gardens as a yearly feature of The Plus Ones’ calendar.

When you walk into the park you realise the momentous efforts that have taken place to transform the space into an Oktoberfest carnival. There are giant beer halls, a ferris wheel, two stages and an epic silent disco among the bells.

I love the effort that attendees go to with the majority decked out in dirndls and lederhosen. It is an all-day event and you certainly get your money’s worth. The team also holds sister events in Perth and Sydney. It is tempting to turn into an Oktoberfest groupie and try out that lederhosen in each city! – Rukmal

Want to hear about more great events? Become a VIP to get our handpicked selections straight to your inbox each week.

[text-blocks id=”351943″] True Tribe, the National Gallery of Victoria, Day of the Dead Warehouse Project, and Oktoberfest In the Gardens.