Spending a sunny Sunday at a yoga festival in the beautiful grounds of the Abbotsford Convent may sound like a spiritual cliché, but regardless of the plethora of Lululemon leggings and yoga mats flying around, the Evolve Yoga Festival challenged yoga stereotypes.

Presented by Byron Yoga Centre, there was a lot of chanting and meditation. However, it’s a festival designed to open minds and further boundaries. When you are taught the science behind meditation by a Swami who’s been studying, teaching, and practising meditation for over 25 years, there is nothing but fulfilment and grounding, rather than clichéd ‘om’-ing.

Evolve Yoga Festival attracted some of the best yoga and meditation figures in Australia. The day was not all about downward dog and warrior poses — there was plenty of Savasana. So much so there was a full class on understanding this part of yoga practice. Presented by Tara Fitzgibbon, she explained how vital understanding how to switch off and breathe is in today’s hyperactive world.  My plus one, being a very new yogi, particularly enjoyed this session. I’ll admit I did doze off at one point so it is safe to say we certainly learnt about switching off. 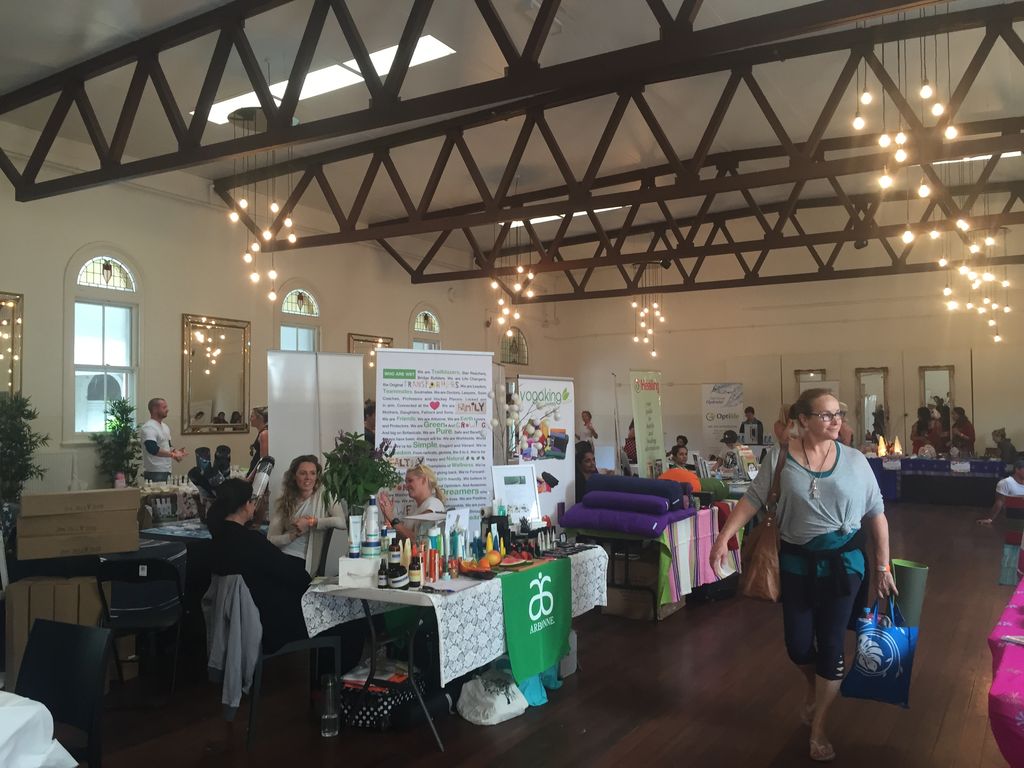 If anyone was in need of a break from a physical yoga class, there were a number of talks on offer as well. Again reminding us super-wired humans to chillax, there was a session about writing to stay sane, and to help you manifest the life of your dreams. In some ways the ideas within this were similar to the current adult colouring book phase, the most important message being to find an outlet and let it guide you towards fulfilment.

The day included sessions with mysterious titles such as ‘Jungle Yoga’, ‘Awake and Weightless’, and ‘Yoga for the Vagina’. This last one was presented by Tamra Mercieca, who also presented a session on self-love, another important mantra of the day.

Yoga props, exciting leggings made from recycled bottles (aka Teeki Leggings), bliss balls, and yoga literature were available to fuel your motivation in the market hall. Being at the Convent, lunch was enjoyed at Lentil As Anything and washed down with Pressed Juices. My plus one and I left feeling pretty damn enlightened.

Sign up for the Evolve Yoga Festival newsletter to be notified of the next time they’re bringing their special blend of yogic magic to Melbourne.