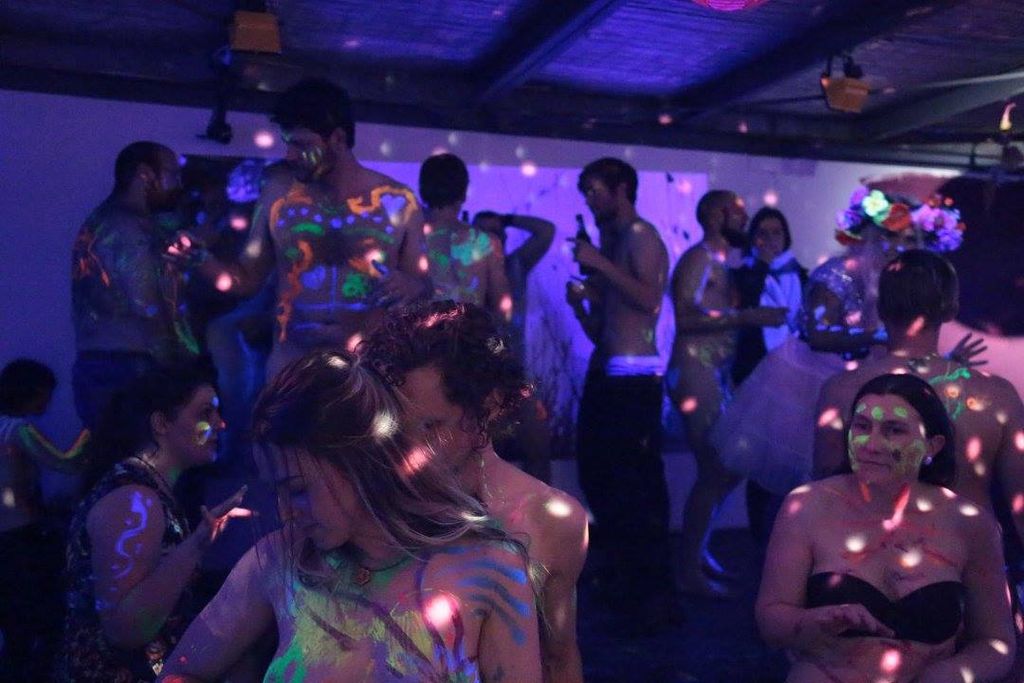 My first encounter with Feck:Art was attending the 2014 opening night, bringing along a +1 I’d taken a fancy to, looking to shake things up a bit with mildly spicy risqué art. Just like going to a Szechuan restaurant and ordering a two chilli dish to show that ‘my tastes are very singular‘. Ah, the naiveté. Minutes upon ascending the staircase of a Brunswick warehouse cum gallery (see what I did here), we stumbled into a nude flash-mob (or flesh-mob). I grasped for the proper etiquette of introducing a stark-naked friend to the woman I’d been dating for two weeks. She was not impressed by my friend’s um, well. I was impressed. I made sure to keep my Fringe schedule clear.

Opening night was a celebration of the exhibition of photographic works, sculpture, videos, drawings and paintings, collage, mixed media, and even interactive fiction; and with a competition, too, with a panel of judges awarding $5000 in prizes. 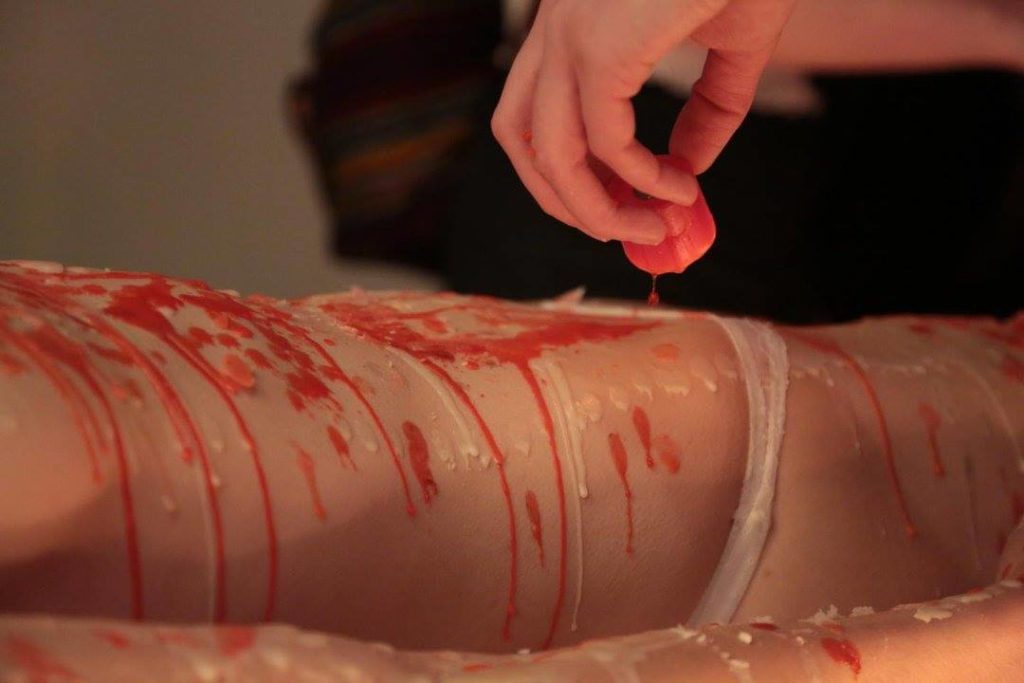 They year I came better prepared – solo, single, world weary (sorry, I mean wary).  I returned less of a virgin, figuratively speaking. Or so I thought. Feck:Art version 2015 dialed it up to eleven. Or 69. 666? Nothing is sacred, not maths, not speaker dials, and definitely not any most of what was on show across the various spaces: a projection room for video submissions, the main gallery hall, a back room for performance artists. Even the bathroom’s bathtub was commandeered for a live action installation. 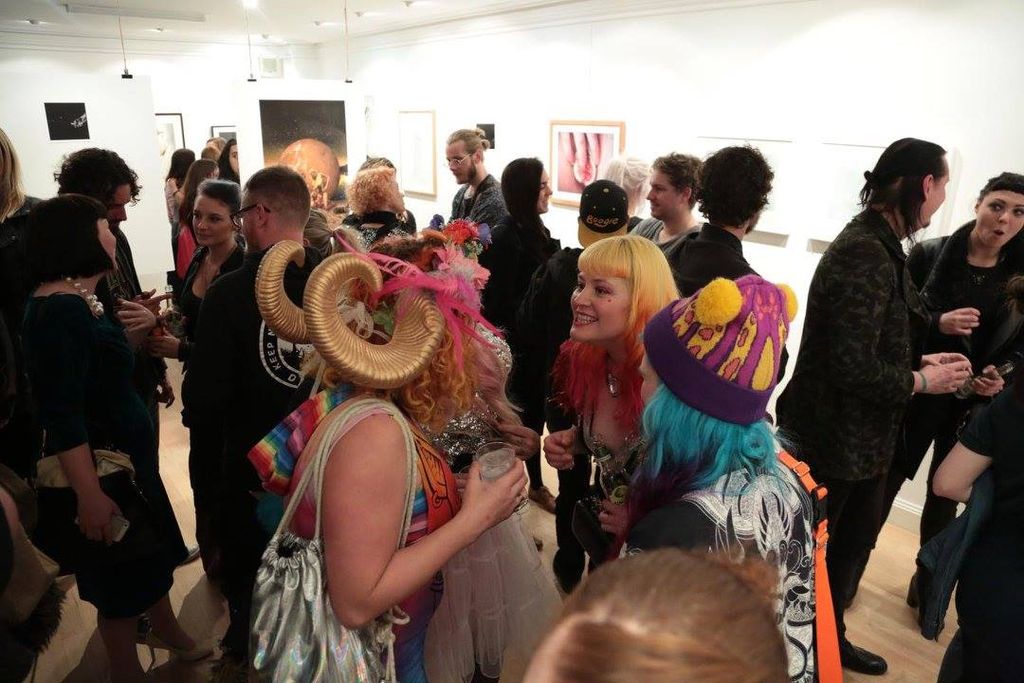 Art at Feck knows no barriers and refuses to conform to rules.  Take my encounter with the charming Chloe, to whom the Jury awarded the first prize. She wasn’t explaining her submission. She was the submission: standing on a pedestal, baring herself to the crowd and literally inviting to be touched. The label next to her pedestal politely reminded art collectors that Chloe was NFS (Not For Sale). 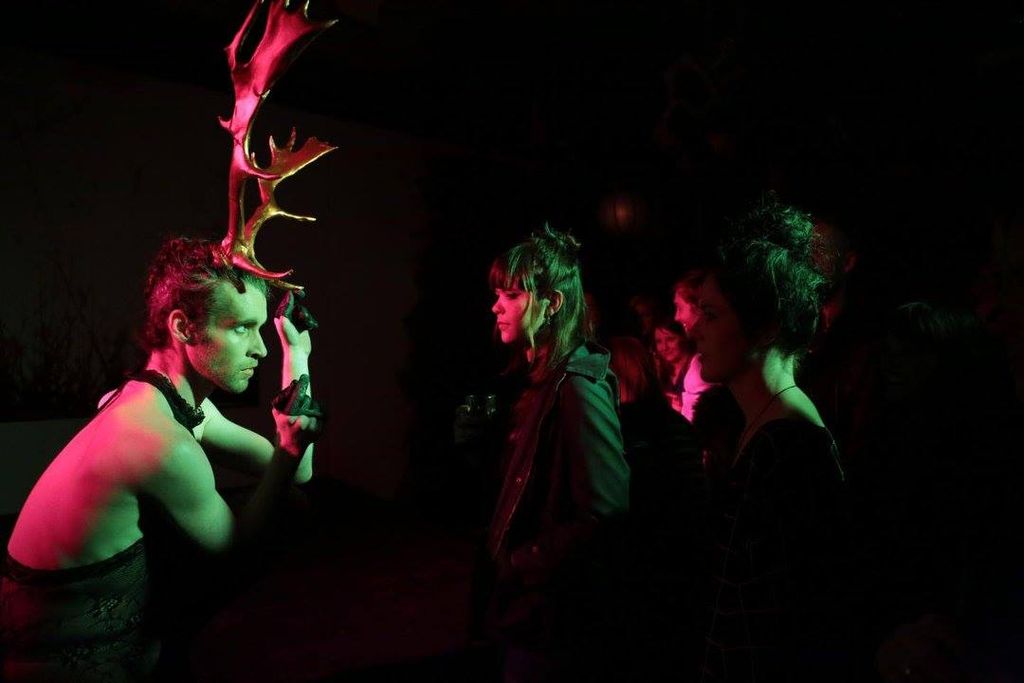 Opening night is as much about the art on display as it is with performance. With Feck putting out a call for performance artists to “stir things in us that make us deliciously uncomfortable to be watching in a public space”, it is an invitation for the audience to be challenged, to respond; but most of all, to engage.  For that end, Feck mischievously sets up areas for the audience to interact.

The more memorable ones were a live wax body casting (where the audience drips hot wax over a model blindfolded on a hospital bed); an arresting shibari bondage demonstration to a Phillip Glass soundtrack; leashes, collars; a stag in drag; and more acts and gadgets than I know the names for. 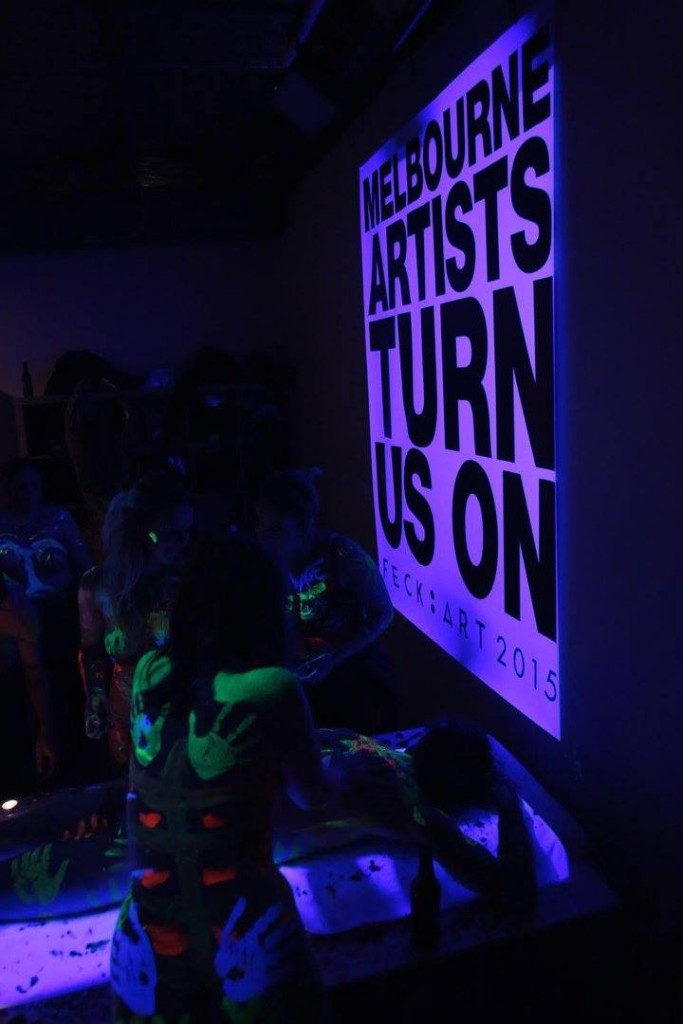 When the fluorescent body painting dance party started, it was impossible to tell audience from performance.  Crowd, performers, and staff disrobed, deciding they wanted body painting too (or like me, went with modest undressing to try to salvage my classy velvet jacket becoming a glow-in-the dark Jackson Pollock garment). A few more daring decided they wanted hot wax dripped on them  (I kept myself to being a dripper, not a dripee – it’s a journalistic integrity thing) and/or nude group-hugged Chloe, the first place winner.

You know, just one of those Fridays where you wake up in the morning thinking of a day of meetings in the office, and end up live texting your experiences dancing on stage with 40 others covered in wax and body paint. Okay, maybe this was the first for me. I’m looking forward to Feck:Art opening night 2016!

The Feck:Art exhibition runs on select days to 3 October.  Chloe will not, though — she says after the first weekend she was all about Not For Standing another five hours a night.
The venue is not accessible.