Disclosure: I am a bad Jew. I don’t eat kosher. Don’t keep the Sabbath. And I have been known to date outside of my faith or lack thereof. Which made me the perfect candidate to head to opening night of the off-Broadway sensation ‘Bad Jews‘ at the Alex Theatre in St. Kilda along with my plus one fellow Semite.

‘Bad Jews’ is a play about three Jewish cousins who find themselves thrown together in a small New York City apartment after the death of their grandfather. With no space to flee and emotions heightened, the trio fight over a family heirloom whilst grasping with issues of Jewish identity, family ties, and who gets dibs over the bigger blow-up bed.

The show is an intense dark comedy about the intricacies of contemporary Jewish life in modern America. It’s most combative characters, the big-haired, domineering Diana and the quintessential, self-hating bad Jew Liam, take the audience on an intense journey of simmering family resentment and boisterous over-the-top bickering. Meanwhile, the more mild-mannered Jonah, plus Liam’s soft-spoken, non-Jewish girlfriend Melody, who has been thrown into the family’s emotional whirlpool, try to temper the affray.

However, unlike the genius of contemporary Jewish comedic talents such as Seinfeld, Bad Jews doesn’t quite hit the irreverent Jewish humour mark. Whilst there are certainly moments of greatness and hilarity, on a whole the play was uneven in its delivery. Though the characters exhibited some honest and familiar traits, sometimes too comfortably, overall they lacked nuance. Instead of a performance of light and shade they only had one unrelenting dimension throughout – exasperating, overbearing, and unreasonable. 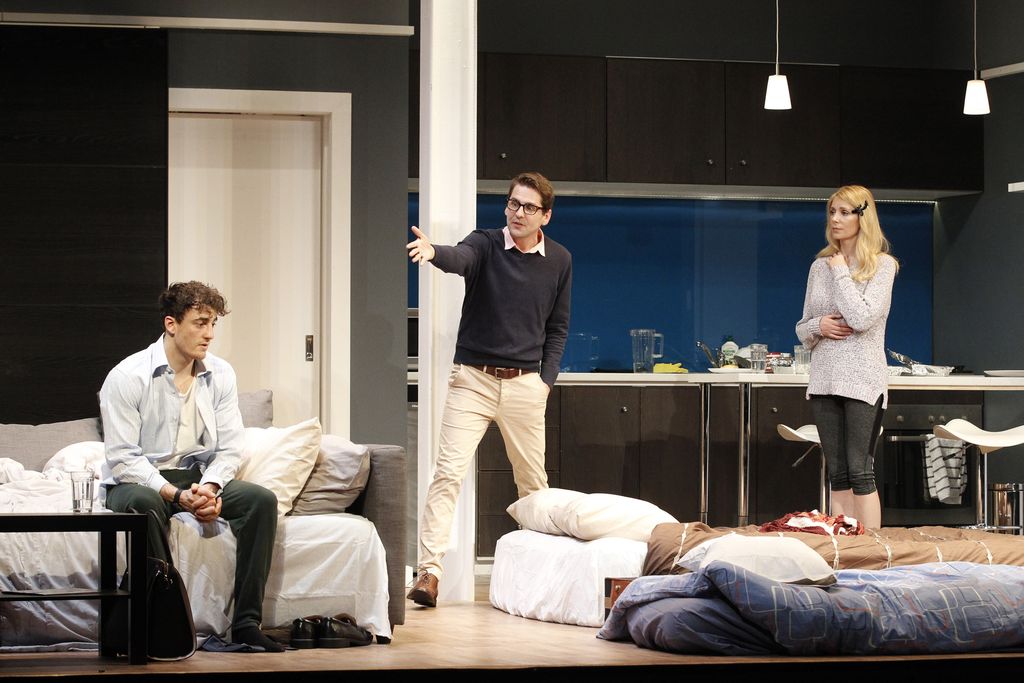 Perhaps I was slightly offended by the extremes of their emotions or the fact they represented the worst and most extremes of Jewish personality and culture. Though most of the audience didn’t seem to mind. They laughed at the right moments and provided an enthusiastic round of applause at the show’s end. The set was fantastic and the refurbished Alex Theatre itself is a wonderful Southside arts venue.

Though I had some misgivings about the play, my night out was fabulous! Starting with a gorgeous dinner at the near-by Fitzrovia, then scooting over to the theatre only a few doors down, followed by a star-studded after party where the crowd was fed a range of Jewish foods from chicken soup (really!) to smoked salmon and cream cheese on bagels. By the end of the night even this bad Jew was tempted to become a good one.

Disclosure: The Plus Ones were invited guests of AKA.