On an icy Melbourne eve, The Plus Ones team headed on over to Speakeasy on Chapel St. An icy eve…you know the type. Bone chilling, eight degrees, feels like minus four. So the prospect of being nourished inside a speakeasy was just delightful!

As we entered we were whisked up stairs to a secret space. Ok, so it’s not meant to be secret but it’s away from the main section and I wouldn’t have stumbled on it without being shown — I’m calling it, it’s secret. And what a space! White-washed walls, views over Chapel St, candle lit. It was a gorgeous find and is perfect for an intimate birthday, sophisticated dinner party, or a night of speakeasy-style debauchery.

Speakeasy has been in town for four years. The owners have tried a few iterations but with their new chef in tow they are going all-out. Picture these little morsels of deliciousness: lobster mac and cheese arancini, buttermilk crispy chicken sliders, slow cooked (for 10 hours!) pulled pork sliders, buffalo wings with blue cheese sauce — you get the picture. Now throw in scrumptious cocktails and you’ve got yourself a speakeasy. (Hint: come down on Fridays and tuck into two-for-one espresso martinis.) 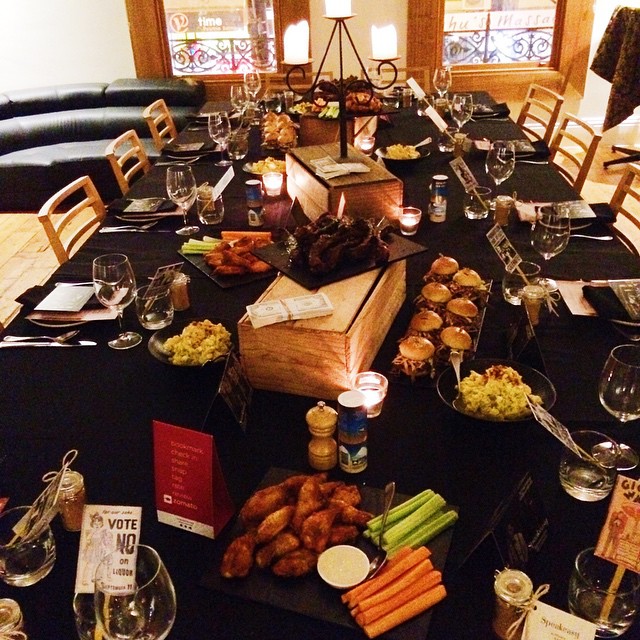 The Plus Ones team and a hardy bunch of Melbourne’s finest food bloggers were served up a literal smorgasbord. It conjured up memories (that’s definitely not the right word) of an Edwardian feast (minus the turducken), but with speakeasy-style fingerprints . Fingers — you’ll be using them a lot at Speakeasy and I love this. There’s no making love through an interpreter here. You have to get stuck in, and you’ll be licking them clean!

Thanks to the Zomato Australia team for bringing us down. We see a lot of fun between our two companies for many moons to come.

Disclosure: The Plus Ones were invited guests of Zomato.