The South Melbourne Market has well and truly shaken its tag as the little sibling of the Queen Victoria Market and over the last six years its Night Market has created its own identity. Over eight weeks, 15 January to 5 March, each Thursday the market will be open until 9:30pm. Not just open, rather, transformed into a hawker-style pop up playground that fills your stomachs, quenches your thirst, and has you humming to tunes. 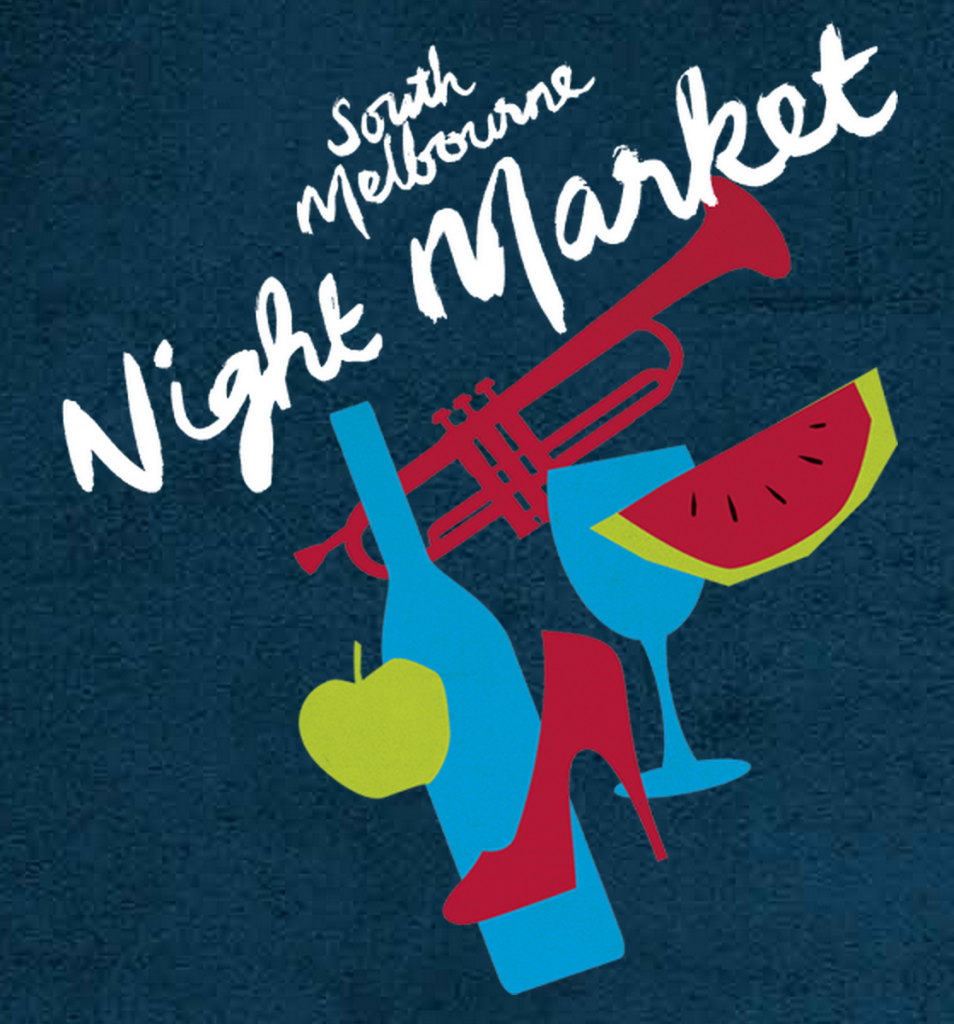 I haven’t been to the South Melbourne Market since last year’s Mussel Festival. It has almost been a year! Where has the time gone?

When we received an invite to the opening night I was very, very happy that the evening was beginning at Clay Pots Evening Star. I had great memories of their work during the Mussel Festival. Renan Goksin, the owner, serves up the freshest seafood in Melbourne. Having had the chance to sample his creations twice now, I can honestly say, for me, it is THE best seafood restaurant in Melbourne. Big call – I know! Succulent king prawns, juicy squid, and seafood burritos that burst with flavour. Better yet he knows his tipples. Whilst you can often find him downing a Raki or two, his eclectic beer selection (there is a beer made from seawater!) couples nicely with the food and will keep me coming (begging) back for more. 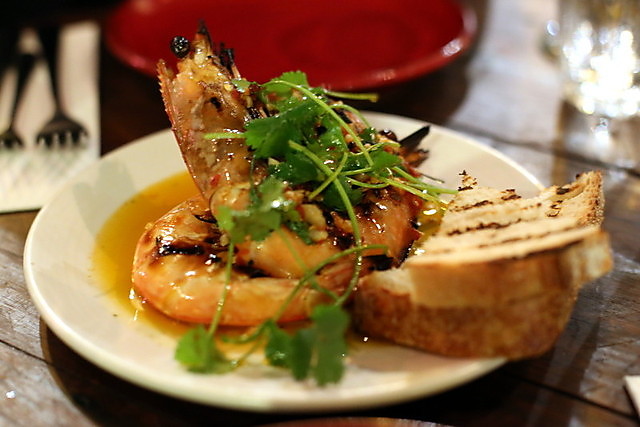 So, Clay Pots Evening Star was stop 1 of 12. Ever get that feeling that you have gone too hard too early…?

The layout of the market this year is great. You never know quite what’s going to pop-up around the corner. In the middle of the market we were treated to a DJ set alongside the Red Hummingbird’s pop-up cocktail bar. It’s a steal with their signature cocktail, scrumptious and very generous, going for $12.

Then we were out into the hustle and bustle of the hawker streets. The team has set these up with atmosphere in mind. Food trucks line the two main avenues of the market and bands play in amongst it all. We went on over to try The Snag Society’s creations. Mercifully these were cut into eighths so that we could sample a few (hint: try “The Mexican” – it has corn chips in it which add to the deliciousness). Next, White Guy Cooks Thai and Overdosa treated us to some deep-fried goodies. I loved Overdosa’s setup as did the flock of patrons enjoying their crispy dosa creations. 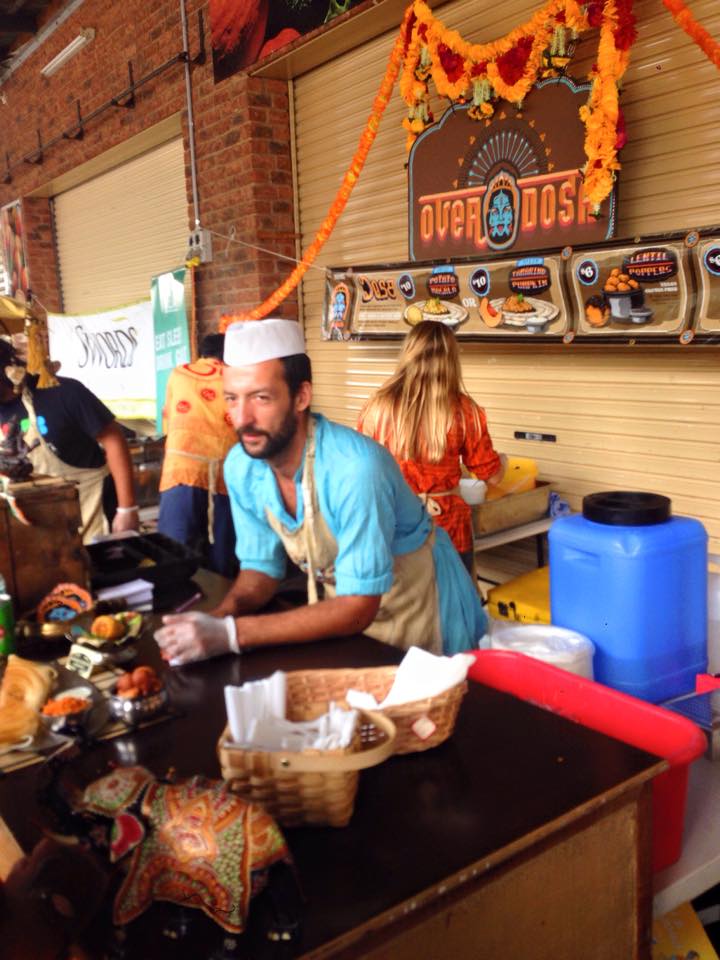 It was dessert time! Those Girls provides a very refreshing mix of unique ice teas. I had the apple/vanilla combo. Its clean taste was a great way to settle the stomach. That is, until we turned around and I saw that St. Gerry’s was preparing a batch of fresh doughnuts for us. Not just any doughnuts – but chocolate covered spheres of redemption paired with waffles with whipped cream and strawberries. I thought I was going to burst…all that effort at the gym! Meh, it’s not the place to worry about such frivolities – more of a time to sit back and enjoy the music. 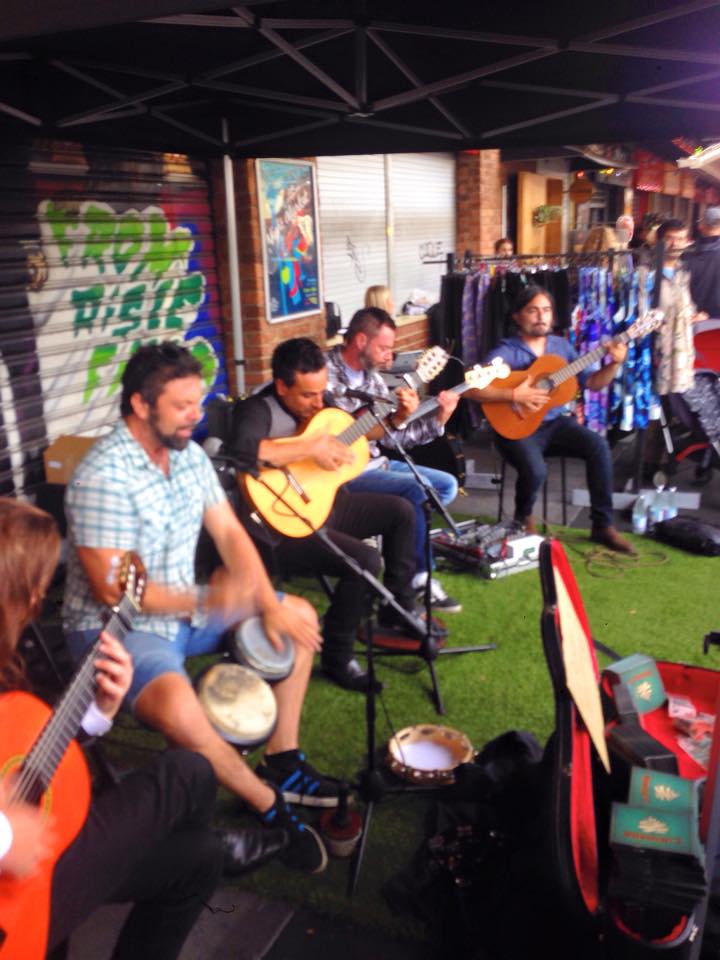 If the opening night was anything to go by the team responsible for creating atmosphere has certainly hit the mark. The venue was humming and people were smiling. Given the success of its opening night I suspect word will spread quickly!

ArtPlay & The Plus Ones

“As You Like It” with the Australian Shakespeare Company