I remember when I first went vegan. Burgers would be made solely from peas and carrots – now we have access to everything from vegan burgers to roasts to ice cream.

And now, in 2021, thanks to Future Sushi, we can have 100% vegan sushi. No longer limited to avocado rolls and tofu options, you can take your pick from mouthwatering options like Peking Duck and Bulgogi Beef. I was lucky enough to get the chance to try one of their picnic boxes, and boy, am I excited to share my thoughts on it with you. 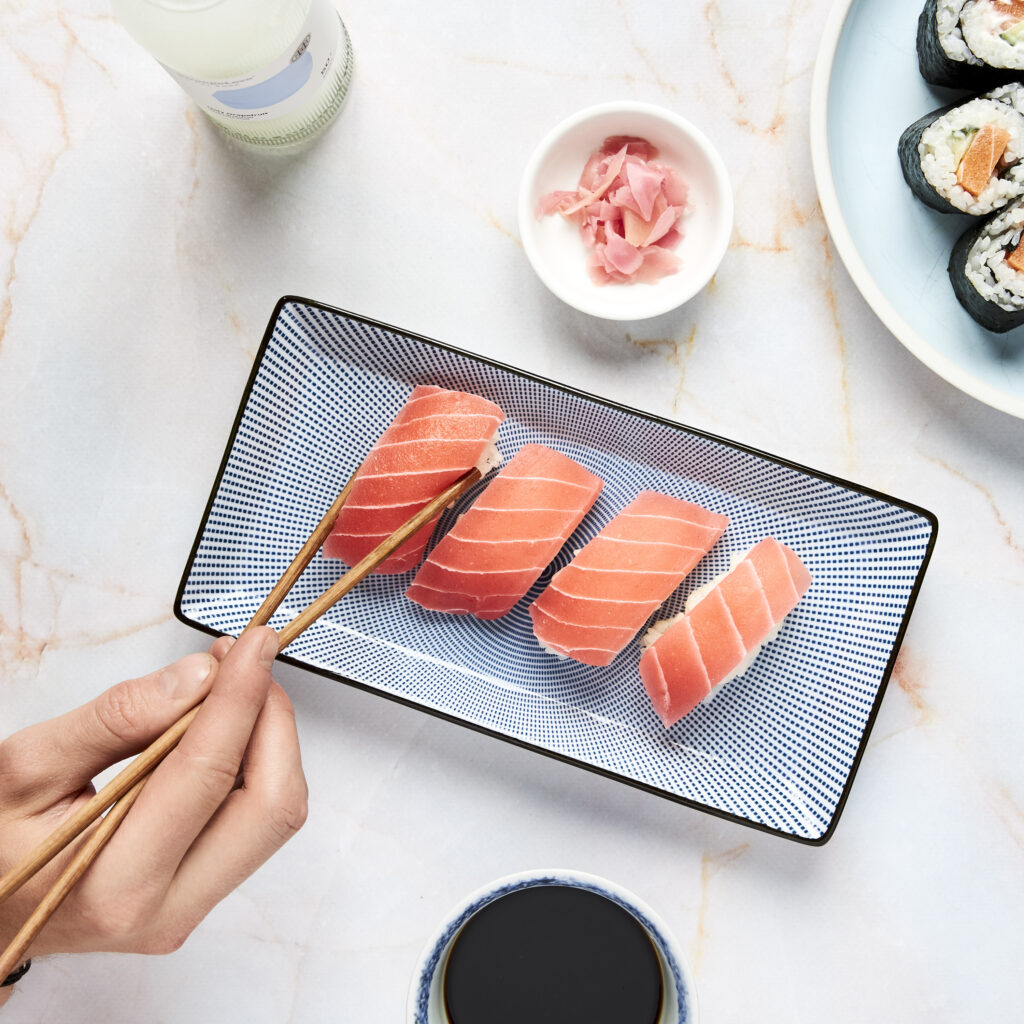 The first thing that comes to mind when opening the box is just how much it looks like non-vegan sushi.

Without telling her that it was vegan sushi, I showed it to my flatmate. Her thoughts?

“Wow, that looks fresh and yummy. How many can I have?”

The sashimi options (tuna and salmon) look just like they would at a seafood joint, and the caviar is visually indistinguishable from its non-vegan counterpart. Ultimately, the sushi looks stunning, highly appealing, and fresh. I’d be proud to present it at a dinner party or picnic. 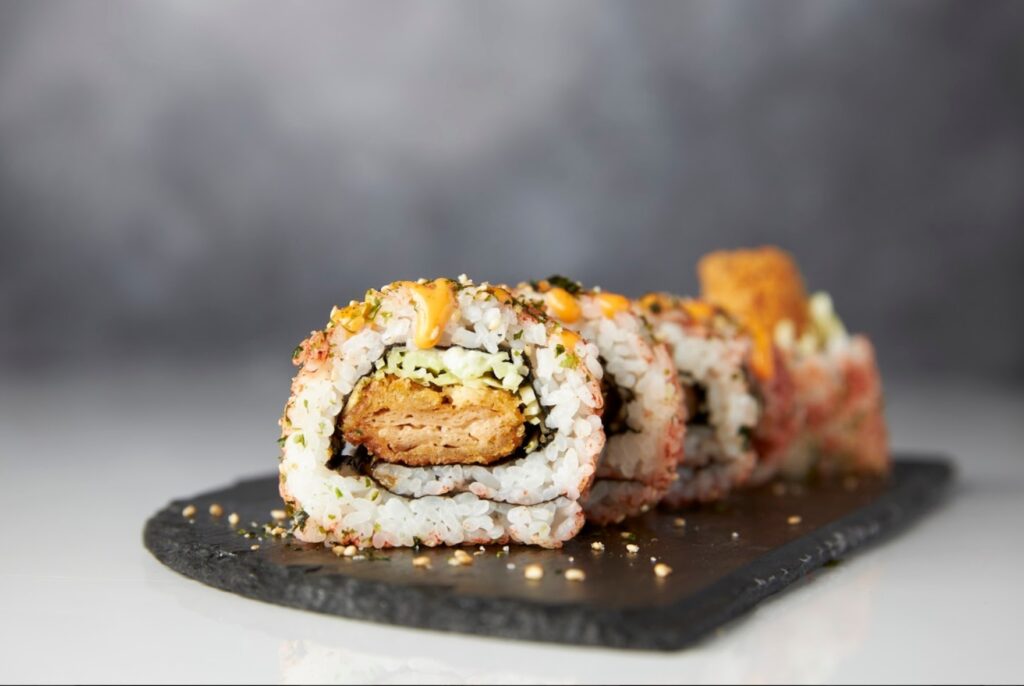 The taste is just as impressive as the presentation. “We’re bringing all the familiar freshness, flavours and Japanese technique of a traditional sushi brand but without the use of any animal or fish products,” says Owen Westman, and I can attest to that.

Without telling her they were vegan, I encouraged my flatmate to try a few. She was confused about the secrecy and the way I was watching her, but after assuring her they were safe to eat and I wasn’t playing a prank, she gave them a shot – and she loved them!

When I told her they were vegan, she was surprised, and when I tried them, I could see why. The texture and taste was so well-developed and close to their counterparts that I wanted to check if the sushi was indeed, fully vegan.

Rest assured, it was. 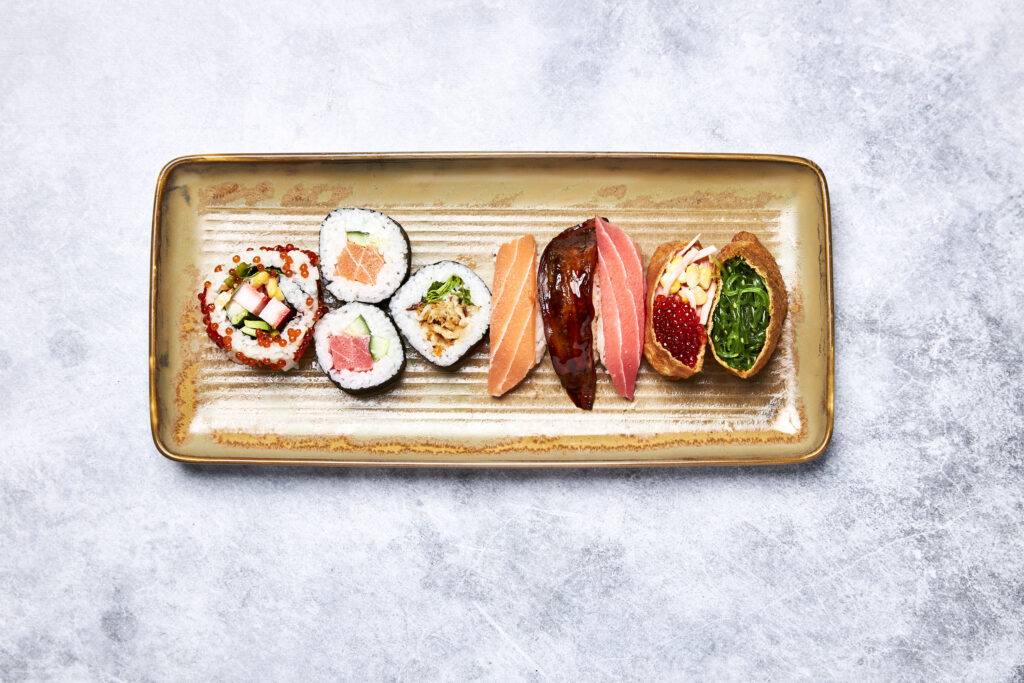 Along with a variety of sushi options, the picnic box came with ginger, soy sauce and wasabi, all of which highly complemented the sushi.

If you’re not planning any picnics, dinners or parties, why not visit and pick up a couple of rolls? My flatmate recommends the sashimi and vegan pork, and I can’t speak more highly of the California roll. Who knew vegan crab could taste so good?

Whether you’re vegan or not, I recommend giving this place a go. With fresh sushi that’s been ethically and thoughtfully made, it’s well-worth it.

Daniela Koulikov is a freelance writer who loves all things vegan (especially when they’re food-related). You can follow her at @danikoul.

To order the delicious vegan sushi picnic platter, head on over to Future Sushi’s website. If rolls and smaller dishes are more your style, you can visit them at Future Sushi, 240 Smith St, Collingwood VIC.

The Plus Ones were invited guests of Future Sushi.