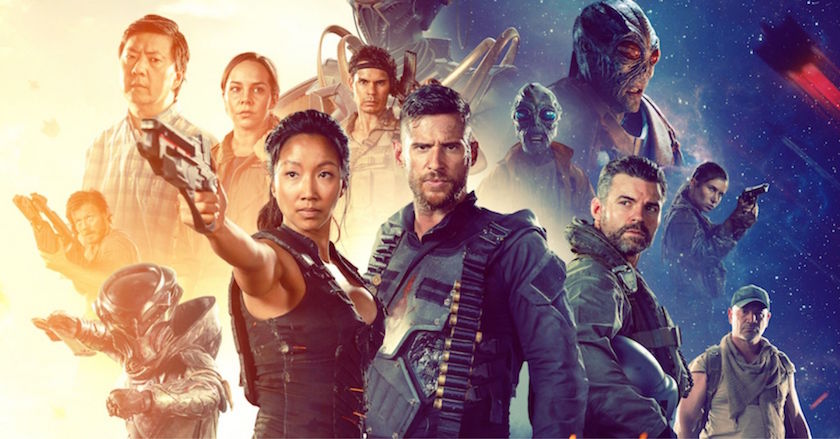 It’s not often that we see an Aussie blockbuster, especially with a cast this strong!

Set in a wild and war torn dystopian vision of the land down under comes one of the most ambitious sci-fi film produced in Australia since Mad MAx. Luke Sparke‘s follow-up to the somewhat overlooked 2018 OCCUPATION picks up two years into an intergalactic invasion of Earth where survivors in Sydney are fighting back in a desperate ground war. As casualties mount by the day, the resistance and their unexpected alien allies uncover a plot that could see the war come to a decisive end. With the alien invaders hell-bent on making Earth their new home, the race is on to save mankind.

While you don’t need the see the first film (we didn’t), it would certainly help make some of the key moments land more than they did. The highlight of this film for us was Ken Jeong who throws some much-needed humour into the mix. Fans of this new franchise may be interested in knowing the ending teases a third film. While Occupation is not one of the best films we have seen lately, it was good to see some familiar faces on the big screen when we haven’t had any new films in cinemas over most of 2020. If you like explosions, big sci-fi antics and Aussie accents you may enjoy this film.

Occupation: Rainfall opens in Cinemas across Australia on January 28, 2021.

Disclaimer: The Plus Ones were invited guests of Miranda Brown Publicity.
Images: Supplied

Why not throw a vegan sushi party with Future Sushi?