The Planet – A Lament is a work by Garin Nugroho that explores lament songs from across the Indonesian archipelago. The work was inspired by his time spent in Aceh after the 2004 tsunami and his observations of trauma, despair and hope that occurred after the pain of such an event.

The Planet – A Lament begins after a huge natural disaster. The sea, wind and fire wipe out humanity bar a lone survivor who remains on earth and is tasked to carry an egg of new beginning in order to give birth to new life on earth. The production sees us witness his journey to protect the egg and all of the trials and tribulations that entail. During the journey lament songs nourish his strength and as an audience cut through to the bone. You feel the songs in your fibres and his pain becomes yours. 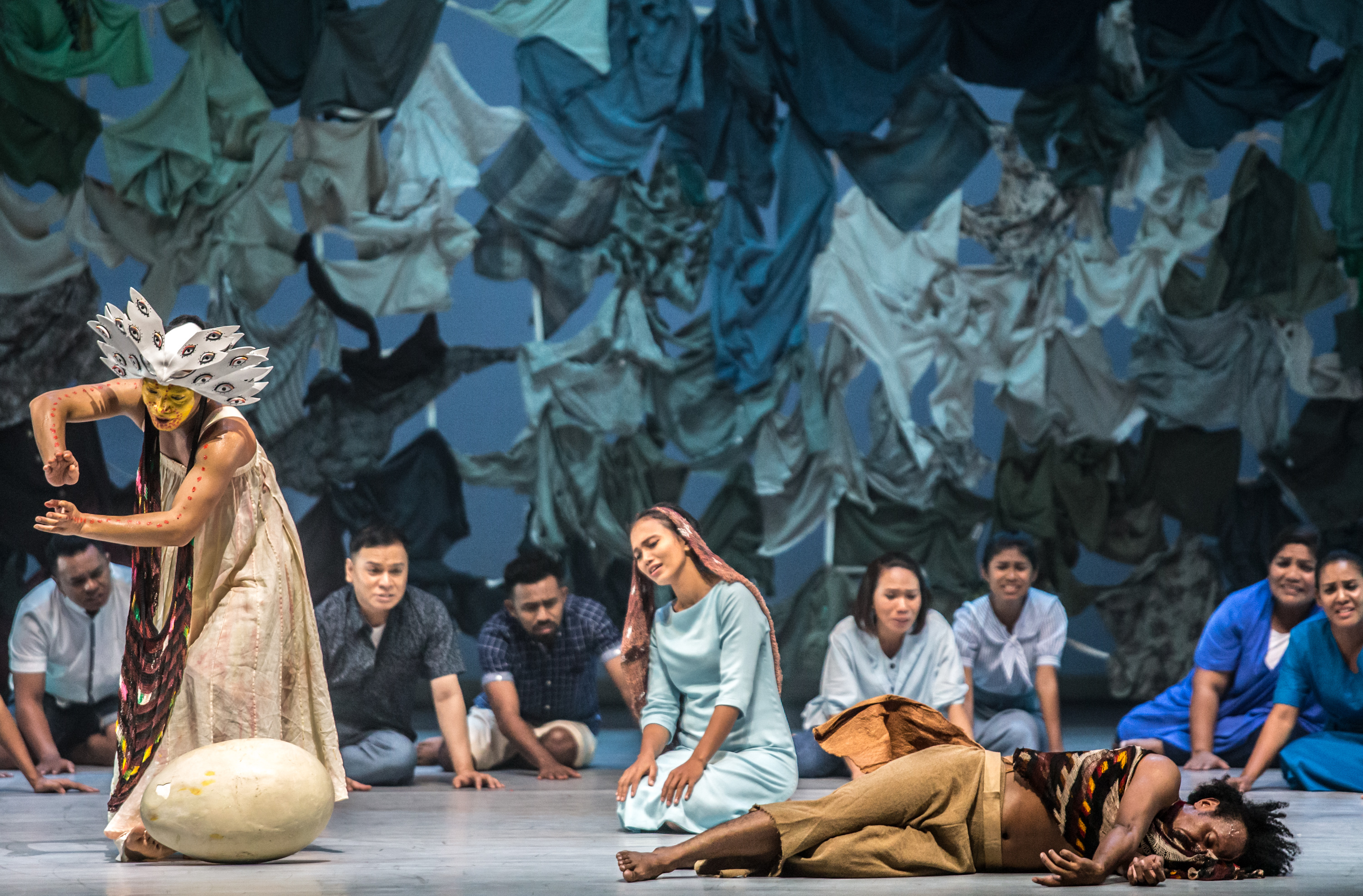 Nugroho’s  marvellous cast and crew manage to create a wonderful ode to raw pain that precedes songs of lament. While this show had a short run, Asia TOPA’s program is massive and continues through to the end of March. If you’re interested in experiencing some of the Asia’s best artists across: circus, classical music, dance, film, music, theatre and visual works (it really is massive) make sure to take a look at what’s on.

Disclosure: The Plus Ones were invited guests of the Arts Centre Melbourne
Image credits: Graham Crouch

A joyful celebration of gin at Juniperlooza

Theatre that tugs at your heartstrings- Billy Elliot, the dance smash, returns