Billy Elliot. You know the name, the iconic poses of a small boy in red track pants tapping against a backdrop of rioting minors. Perhaps some of the songs, or the backstory. It had ‘blockbuster’ written all over it. What you get from Universal Theatre Group, Michael Coppel, Louise Withers and Linda Bewick’s 10th Anniversary Australian tour, is first class theatre. This show is top class on every level and is a 2020 must see. Running up to three hours, the production is beyond superb and will leave you gasping in wonder at what it pulls off theatrically as well as synoptically and you’ll be spoilt for choice for favourite moments. And that’s before you even touch the heart-rending plot or any four of the young Aussie boys who alternate the lead role. 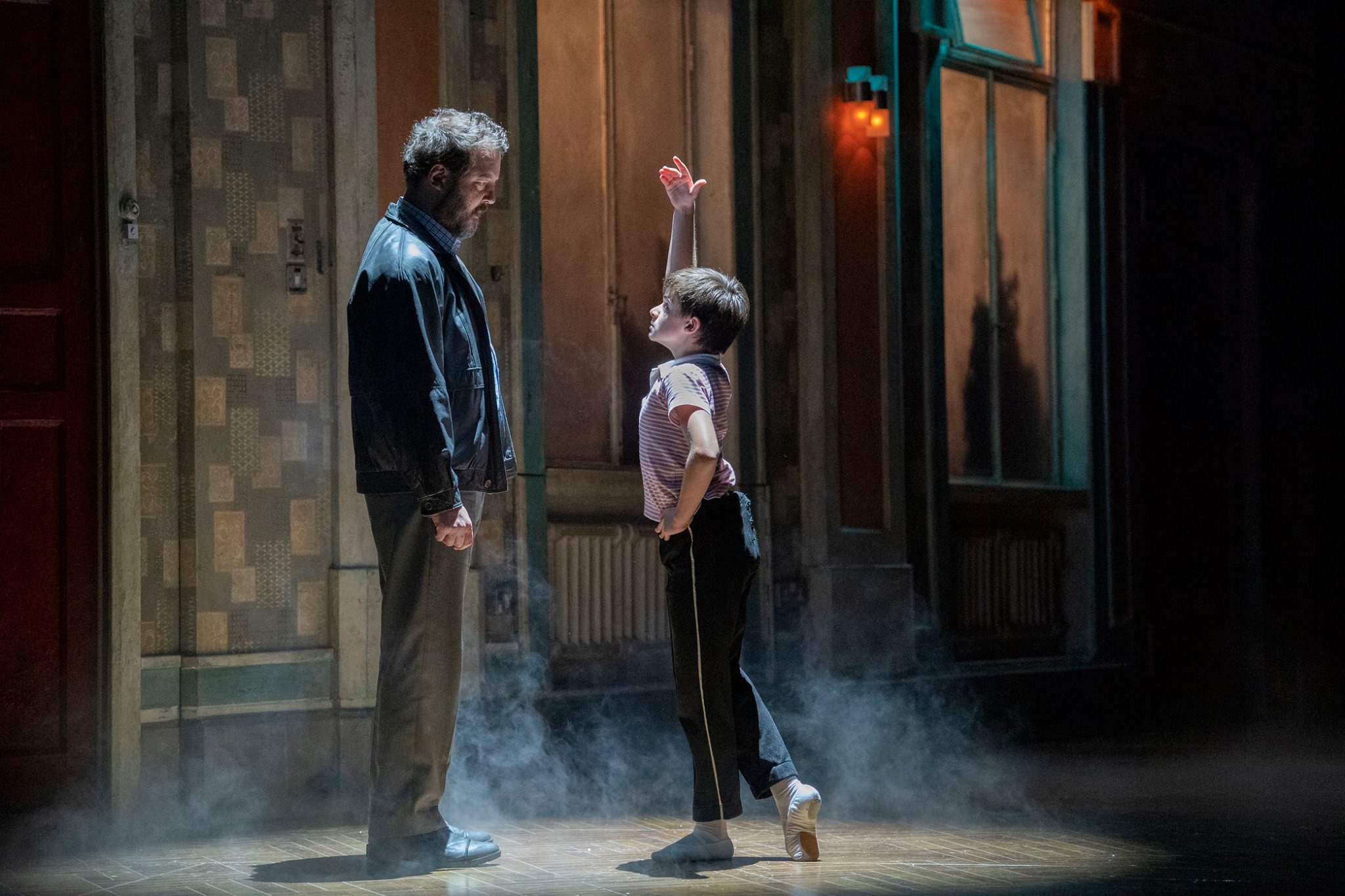 Based on Working Title’s much loved 2000 film, Billy Elliot, The Musical, the political film moved Sir Elton John so much he approached Director Stephen Daldry about making it into a musical. Reflecting much of John’s own struggle with his career choice, identity, and against parental expectation, he wanted to translate it to the stage and share this inspirational tale with the world.  The critical issue to all involved was keeping true to the 1984-5 story of a motherless young lad from a Northern England mining town who wants to dance but faces resistance from his ultra-masculine, grieving father, who is left to support young Billy, and his family, after the death of his wife three years past. Fighting both homophobia, anti-art prejudice, and classism from within his own family, the boy also fights for the right to be himself within community in decline. 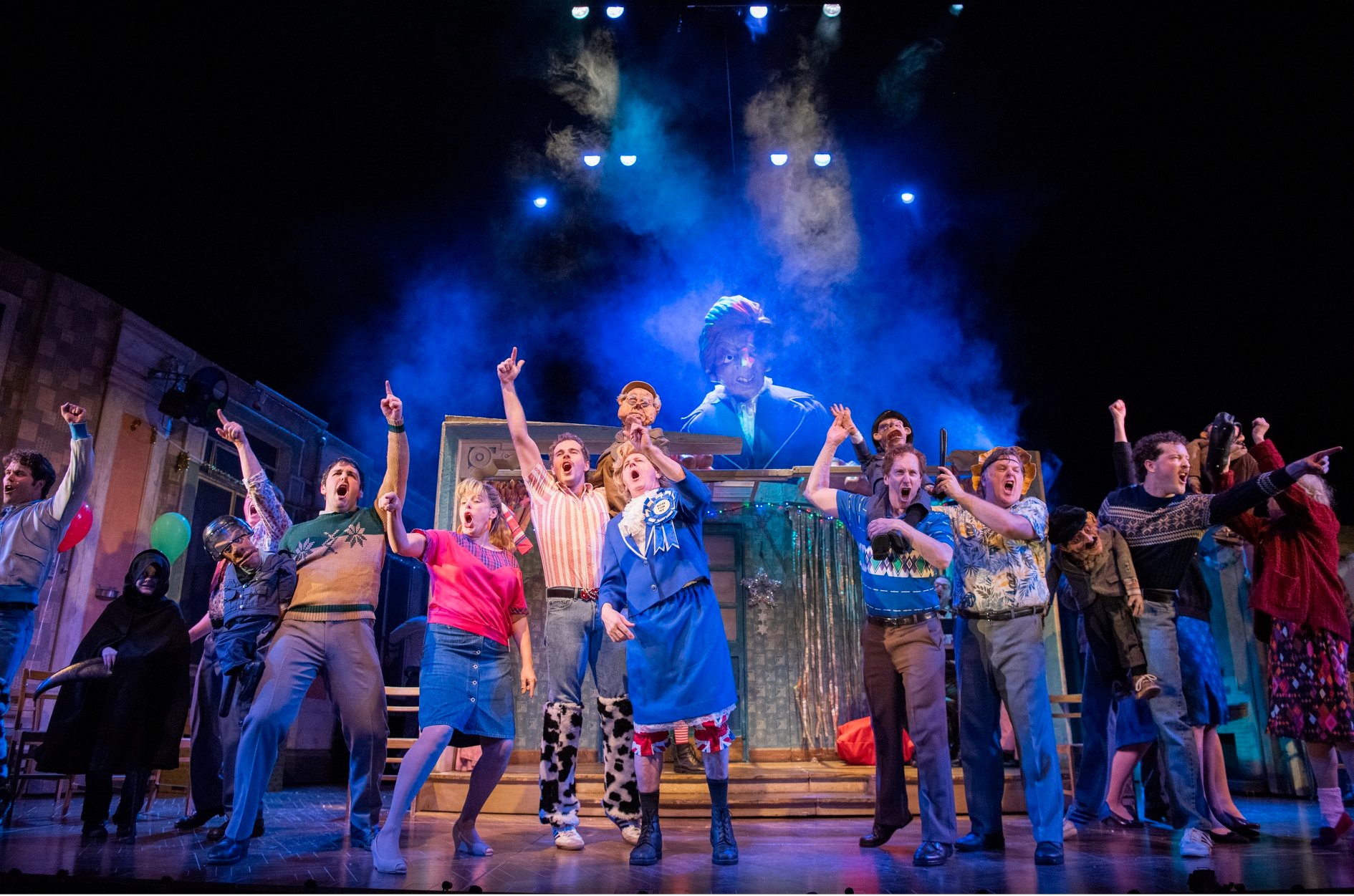 With Book and lyrics by Lee Hall, and choreography by Peter Darling, the musical became the recipient of 85 awards internationally, including 10 Tony Awards, 5 Olivier Awards and 8 Helpmann Awards, winning the hearts of audiences and critics alike. The vision of how the scenes evoke and amplify the emotion at the heart of the tale as well as the story arc, high- and low points, and resolution, Billy’s personal travails set against the social struggle of working men, is a testament to the integrity of the team of original creators who sacrificed nothing in bringing its core values to the stage.

Hosted at Marriner’s multi-million dollar newly refurbished Regent Theatre, this is the ultimate venue in which to see theatre’s best and adds so much to the experience. One of Melbourne’s oldest historic theatres,  relish the extended Dress Circle, broad, comfortable velvet seating, and new internal bars. Look up to the ceiling to delight in the famed chandelier and Roman circle formation whilst taking in the mock-Roccoco ambiance. 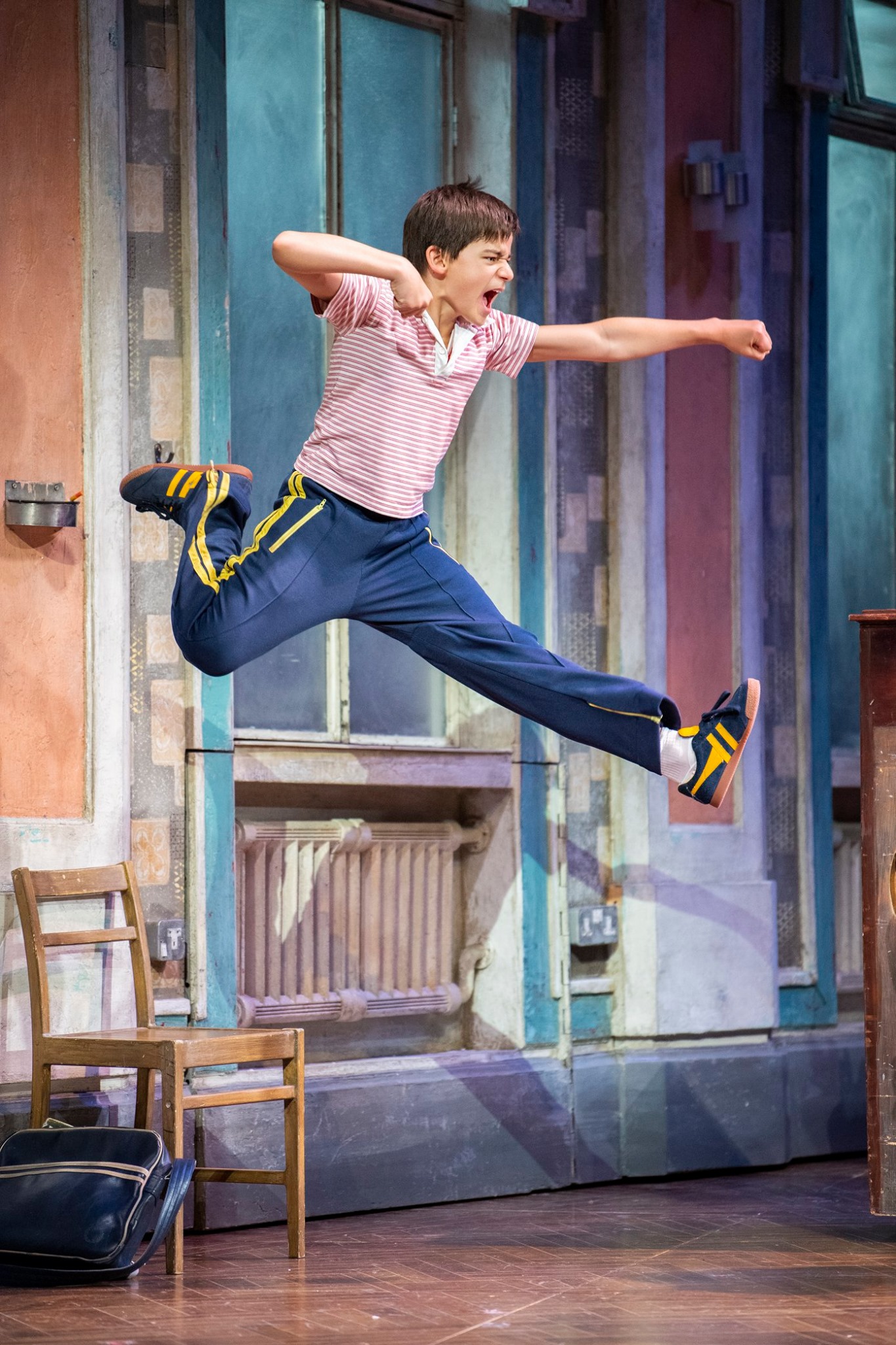 Classed as Hamlet-for-boys, leading this show is equivalent to a musical marathon requiring singing, dancing, oration, tapping, acrobatics, accent, and energy right to the finish, and can be the spark that lights a dream of a theatrical future for the lucky few cast in the role and we are invited to experience the theatre-blooding of them live. Backed by a cast of Australian theatre stalwarts, it’s solid performances throughout with a nurtured child cast, too. Our Billy was River Mardesic who had superb posture and alignment, and pirouetted and backflipped like a pro’. His stamina was second to none. The other Billy’s are Omar Abiad, Wade Neilsen and Jamie Rogers and come from all over the country. 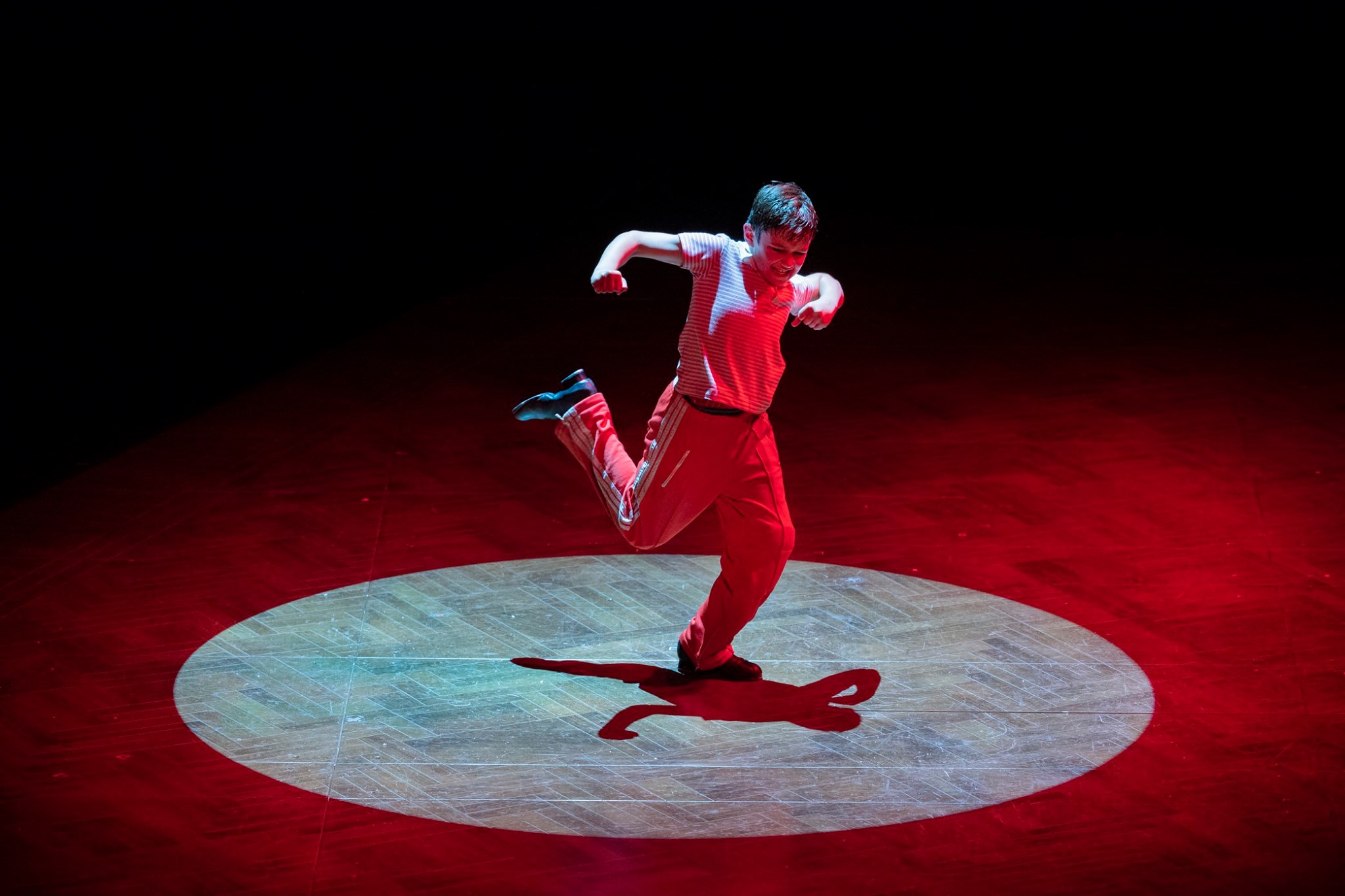 You may be brought to tears in many moments watching the tiny boy continue to pursue his dream to express himself and to master the art of dance contrived by excellent mis-en-scene and scene construction. The story cuts from the warm domestic space of the dance studio, where Billy is accepted and nurtured, to the harsh working class exteriors of back alleys and main street protest marches and barricades. Cold union halls and staff canteens hold men who stand their ground and do not budge their ideology. The sets, backdrops, props, costumes are so real they take us back to the early 1980s with complete authenticity. Scene settings of timber buildings or old brick walls are so authentic you want to reach out and touch them. Billy’s home and stair-high bedroom are marvellous constructions which move on rollers and the set intersections in dramatic scenes show just how clever the team behind this show are.  Wait for the jaw-dropping moment of an historic worker’s Union banner from top of the roof to stage floor. 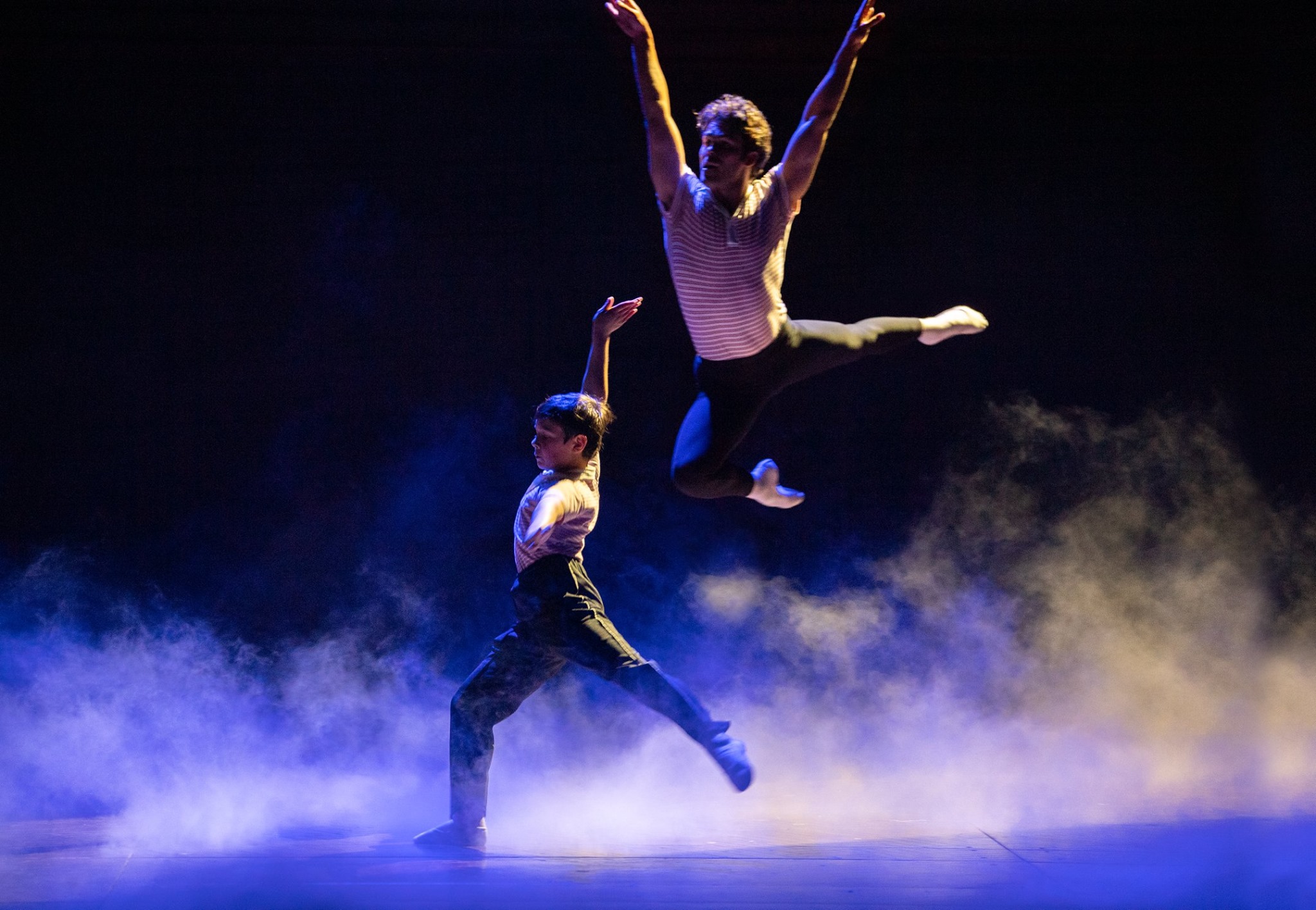 There are so many dazzling moments in this show. The iconic scene for song Solidarity pits small Billy practicing his Royal Ballet audition dance against a stage-wide line of men in black with truncheons and plastic shields resisting the miners. The dress up scene of two boys in their parent’s bedrooms is hilarious as is the oversized dress puppetry which later joins them. An oversize Margaret Thatcher puppet clambering over the Elliot rooftop is marvellous as is the spine-tingling scene of boy-Billy dancing a dream sequence with his mature self, an accomplished adult ballet dancer, where he later leaves the ground, airborne. There is humour as well as pathos throughout the work, reflecting working man’s humour and social critique. 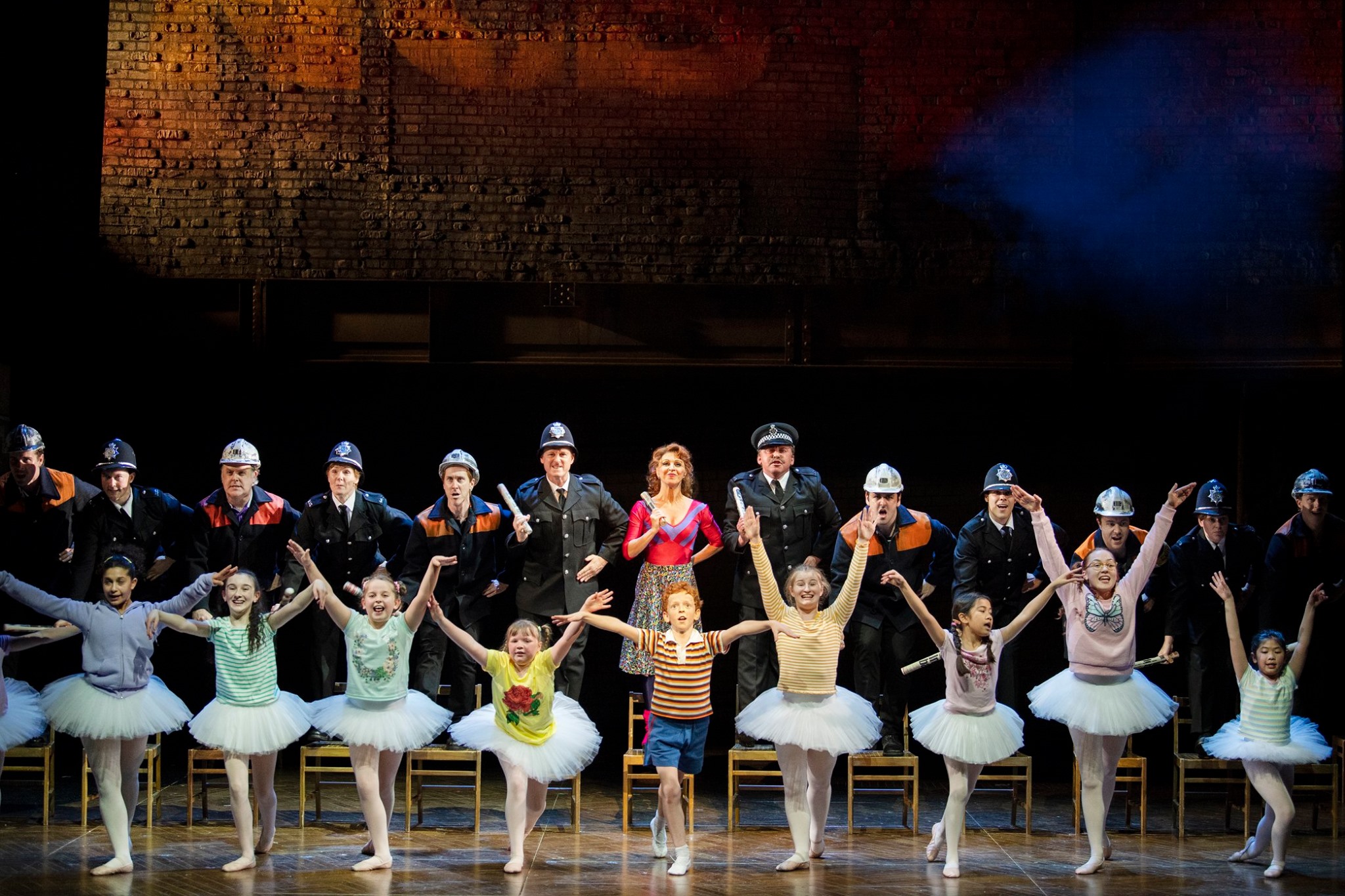 The finale is something to be seen, a musical number in itself where the entire cast return and dance off.

This is a work about art, class, gender, and human rights. You will boogie and have your eyes thrilled along the journey. A little lad from Northern England opens up these larger narratives and is an unmissable moment in 21st century theatre.  See it to experience what all the wonder is about. 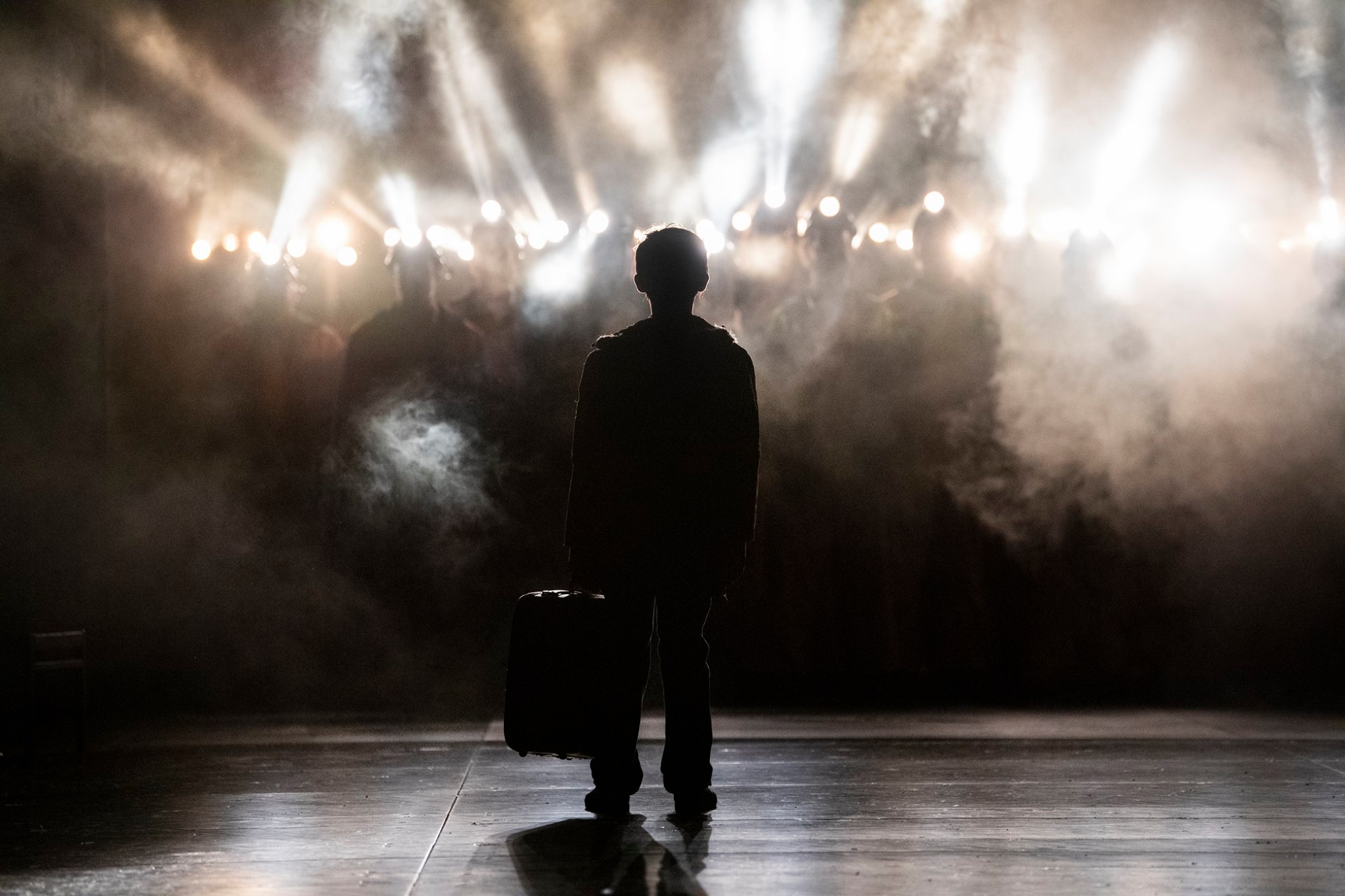 Venues are accessible. Suitable for audiences 10+ with haze effects.

The Planet A Lament: Asia TOPA

A Noisy Ritual of winemaking at Vintage 2020