The magic of live theatre artistry abounds in War Horse, a heartfelt wartime tale that will astound you with its Tony award winning lifelike animal puppetry. With an anti-war message, and narrative of one boy’s love for his foundling, Great Britain’s National Theatre stunner packs an emotional punch.

A tale of a young boy, Albert’s, relationship with his farm horse, Joey, through the French WWI battlefields, to manhood, and back, this story does not shy from the darkness of war, modernity, and a nation’s thrust for power. Based on the best selling novel of British Michael Morpurgo, born during wartime WWII, the show has won more than 25 international awards and been seen by over 8 million people worldwide, in 98 cities across 12 countries. This marvellous moody concoction also has Her Majesty’s seal of approval.

Touring again at pace after 12 years in the stable, you will want to catch one of the 37 limited edition performances at the multi-million dollar newly refurbished Regent Theatre. Always one of Melbourne’s best historic theatres,  relish in the resituated Dress Circle, broad seating, and new internal bars. Look up to the ceiling to delight in the famed chandelier and Roman circle formation whilst taking in the mock-Roccoco ambiance. 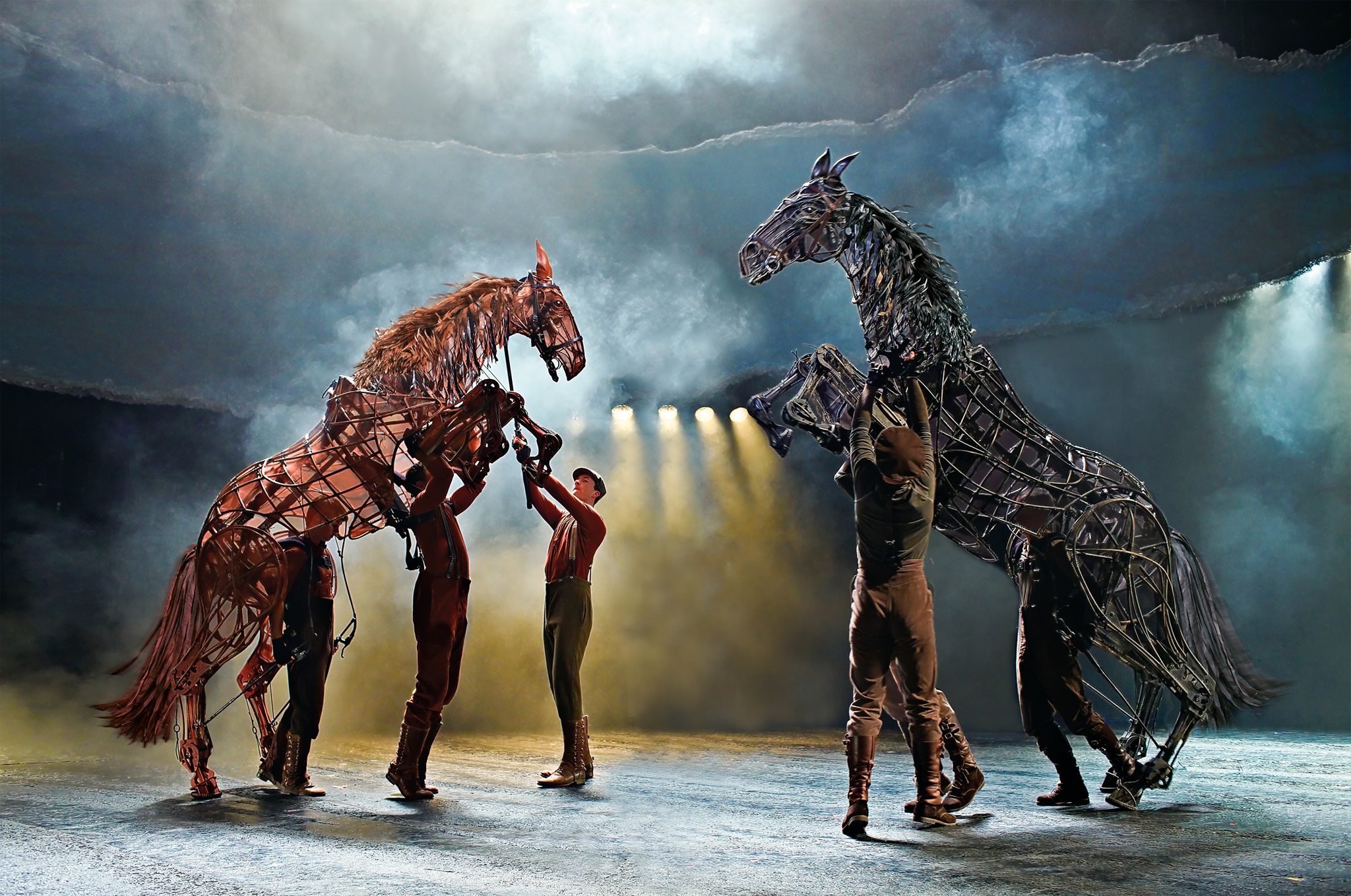 With its UK cast of 34, all singers, dancers, actors and puppeteers, the company brings to life the ordinary people of England cast adrift in a sea of nationalism which rends son from family, and precious pet from carer. The crimes of cabinets ordering nations into war are timely in our present era of dangerous militarism and fatal folly.

The award-winning puppetry of South Africa’s Handspring Puppet Company will leave your eyes popping and you breathless with marvel at the sheer beauty and magnificence of their mechanised lifesize sculptural creations. All the cast ‘horses’ seem so life like, animated from within by cast of two or three performers, that you will believe you are seeing prestigious racing steeds beside each other. In black and tawny brown, two field fighters stand united, whilst bloodshed and murder tear at their heels. 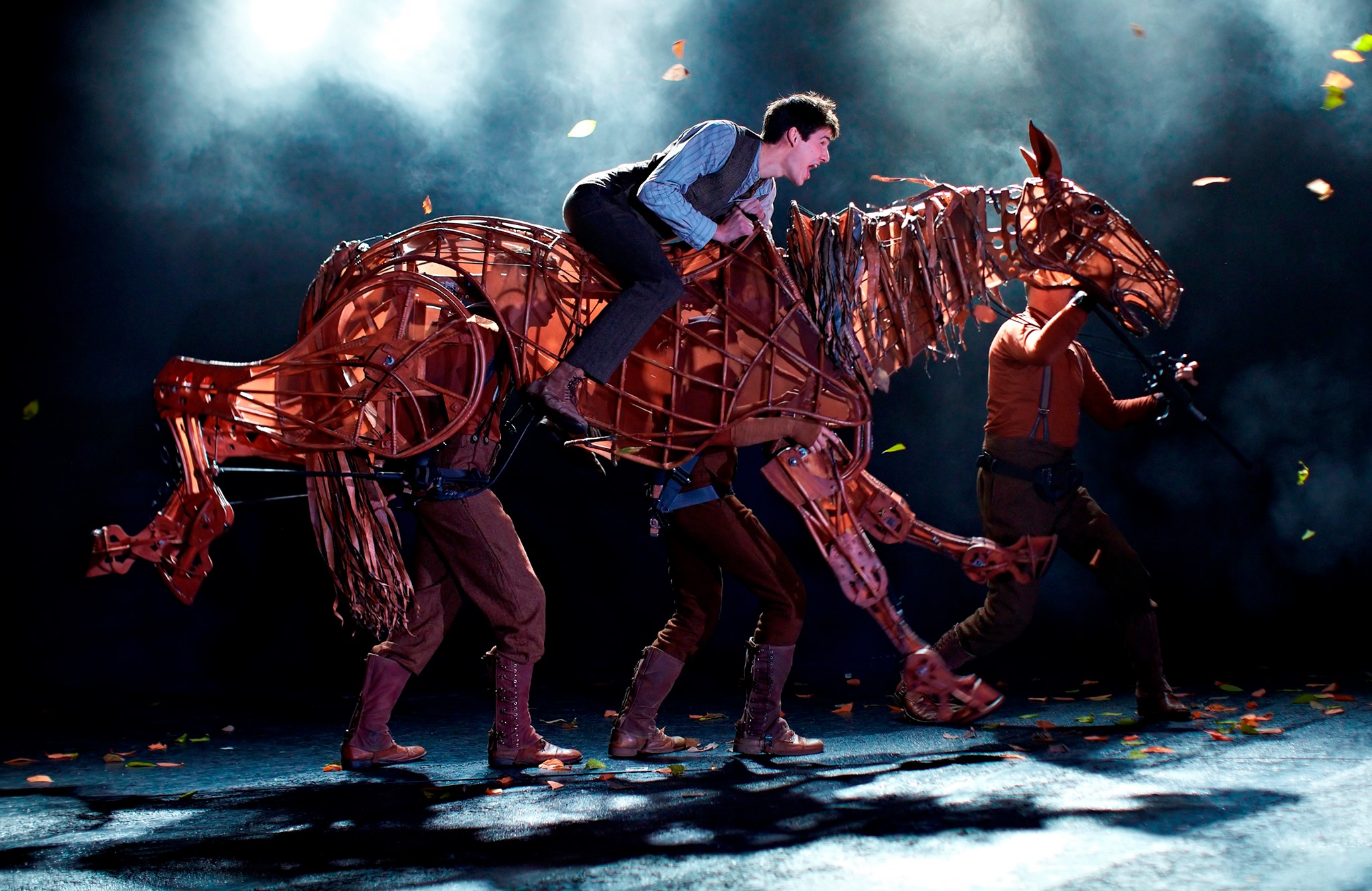 Adapted by Nick Stafford with Directors Marianne Elliott and Tom Morris, there are a team of specialists contributing to the masterful ensemble production you will be lucky enough to experience in their audience. Multiple co-directors for this touring production with fight advisors, puppetry directors, voice and dialect coaches, and lighting and costume designers, all contribute to an energetic magic which recreates this century old world with problems so close to our own.

Aside from a moving personal tale set in a gripping landscape, the sheer artistry and professionalism of the production also grabs our attention. The cast put not a move wrong, moving in unison, not the least of seen through the deft manual puppeteer work who move invisibly beneath structure to make it seem lifelike, hardly noticeable by their presence. Cute touches like the swooping birds, vultures and animated farm duck remind us of the delicate magic of puppetry, an ancient artform that transports our imaginations which never dates. 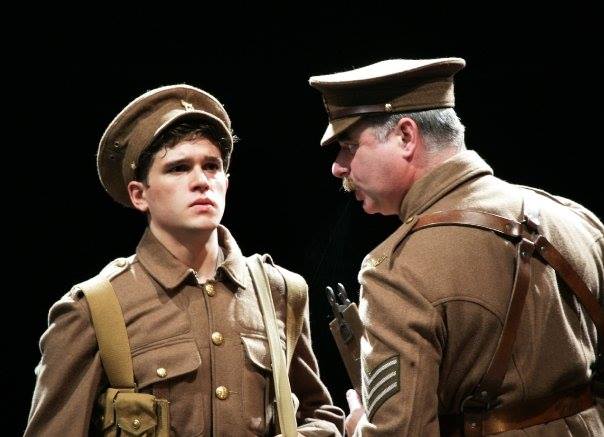 Game Of Throne’s Kit Harrington as the original Albert

The choreography of cast movement on stage, bodily and with the puppets, is delicate and symbolic. At times, the static poses, gestures and bodily design remind one of medieval mummer’s plays in the streets, whilst evoking dreamstates or other realms via use of slow motion, repetition, ensemble relief, and patternization.  Even in silence, drama can be conveyed.

This is not an easy tale as it departs innocent beauty for desolate destruction in the fields of France, but there is hope in the union of boy to horse, spirit to spirit. After the national bushfires, and pending clouds of war which linger internationally, these are times when uplifting meditations on the simplest things in life are so very needed.

This work is one of modern theatre’s best and a total theatrical spectacle. See it to know the beauty as well as the superb craftsmanship, direction, and vision of its creators and producers. A Grade Art.

Venues are accessible. The show travels to Sydney and Perth during February/March.

Out Of Town: 24 hours in Daylesford