Verdi’s most famous and most performed opera often finds itself in one ‘top ten’ or another — and deservedly so. As an opera it ticks all the boxes that continue to draw older opera lovers, and is also able to attract new ones. The themes here are as familiar as a Shakespearean play: betrayal, rivalries, misunderstandings, flamboyant parties, beautiful women, yearning men, a duel, and a deathbed scene. With Verdi’s magnificent score weaving (even rousing) its way through the three acts, it is impossible not be carried along.

Set in nineteenth century Paris, the tale begins with the courtesan Violetta (prematurely) throwing a lavish party after her recent spell of ill health. Many of Paris’s aristocracy are present, including Alfredo, who has admired Violetta from near (her bedside during her illness) and afar. 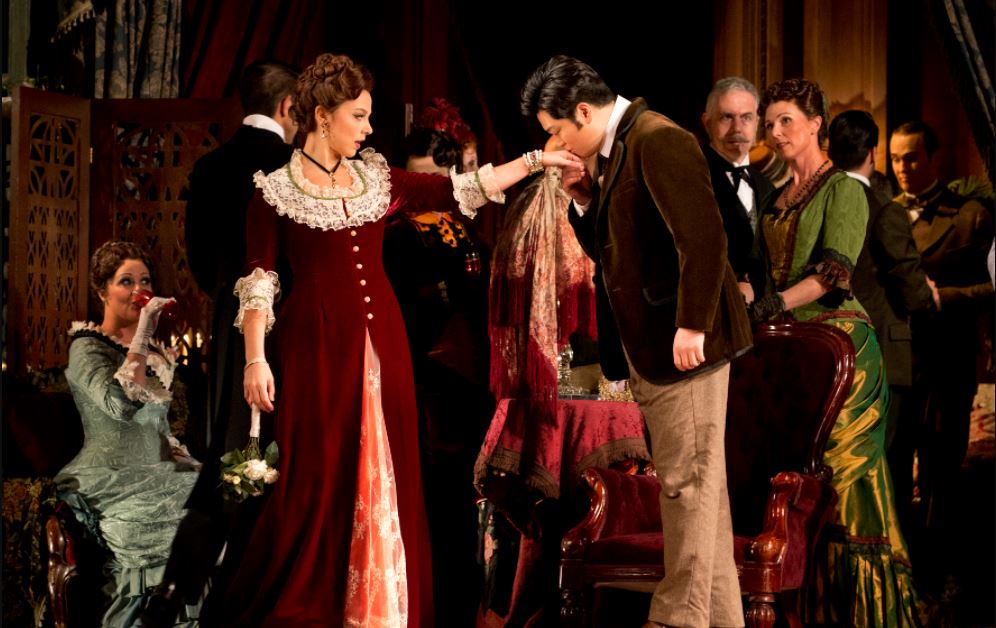 When Violetta’s current beau, Baron Douphol, fails to make a speech, eyes fall on Alfredo, and they sing the instantly recognisable ‘Libiamo ne’ lieti calici’ (‘Drink from the joyful cup’). During this chorus, while the crowd are busy drinking and swaying, the chemistry between Violetta and Alfredo has clearly begun.

By the next act, Violetta is living a calm and rural life with Alfredo. Although they are happy, Violetta’s previous reputation threatens Alfredo’s sister’s marriage. Alfredo’s father, Giorgio cajoles Violetta until she agrees to break up with Alfredo, showing a side of her character that surprises Giorgio. After a quick and spectacular scene change, Violetta returns to Paris and to a party where Alfredo is grieving the break up. Using her old lover as a buffer, emotions run riot, and there is only one logical conclusion — a duel between the Baron and Alfredo. 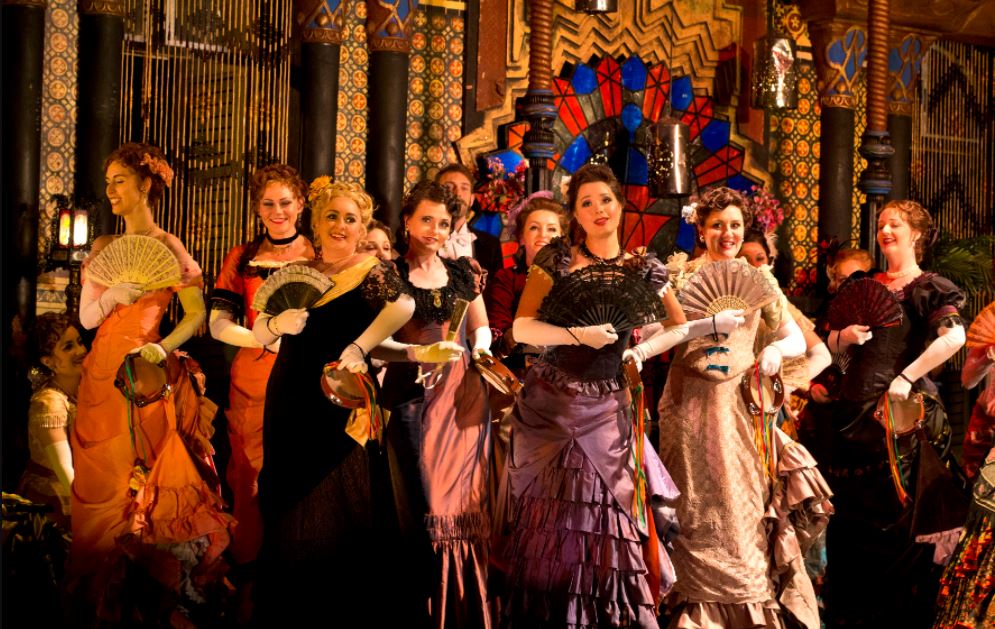 The final scenes see Violetta again in failing health, and wallowing in regret as the sordidly woven tale of the second act leads her to what looks like a lonely death. Though as everyone has finally confessed their part in the deception, Alfredo and Giorgio rush to see the dying Violetta and are able to revive her, albeit temporarily.

La Traviata is an opera overflowing with opulence, from the sets to the costumes, and Paris provides the perfect backdrop. Elijah Moshinsky has worked wonders again. The scenery throughout the performance is outstanding, taking us from a wintery countryside to warm and crowded parties and a cold and lonely deathbed. Particular mention needs to be given to Catherine Alexander’s lighting, which provides realism to the production, most notably the final scene in Violetta’s home. 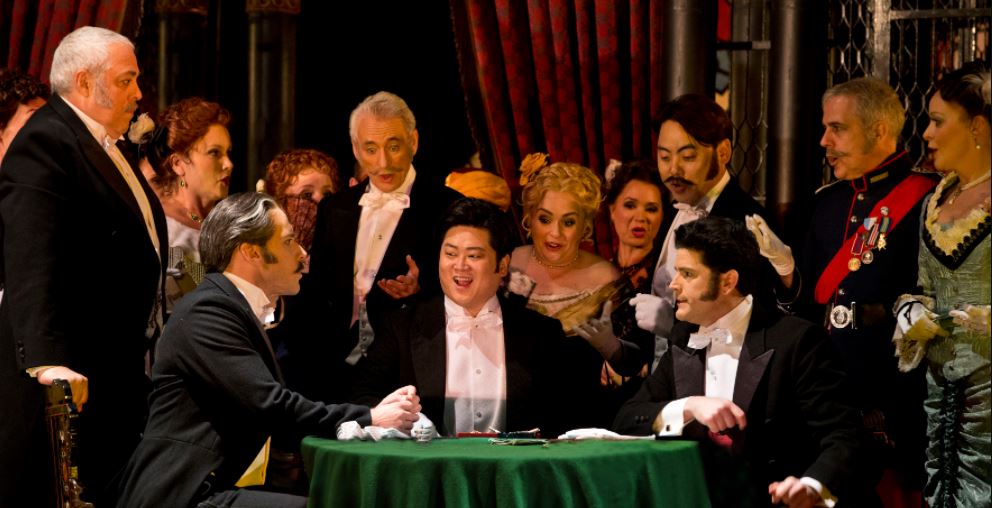 The arias and duets are sublime, with the audience providing a warm welcome to Corinne Winters during her Australian debut as Violetta. Winters’s vocal range and emotive portrayal of Violetta were on display and it was impossible not to be entranced. Yosep Kang too was wearing his heart on his sleeve as Alfredo, while José Carbó was easily able to redeem Giorgio for the audience.

Opera Australia has done this time-honoured tale proud. You will leave the theatre feeling that nothing has been left out, yet want to come back for more. Bravo!

La Traviata runs 17 April to 11 May 2018 at Arts Centre Melbourne (sung in Italian with English surtitles). To find out more and book tickets, visit the Opera Australia website.
The venue is wheelchair accessible.

ArtVo immersive gallery in the heart of Docklands