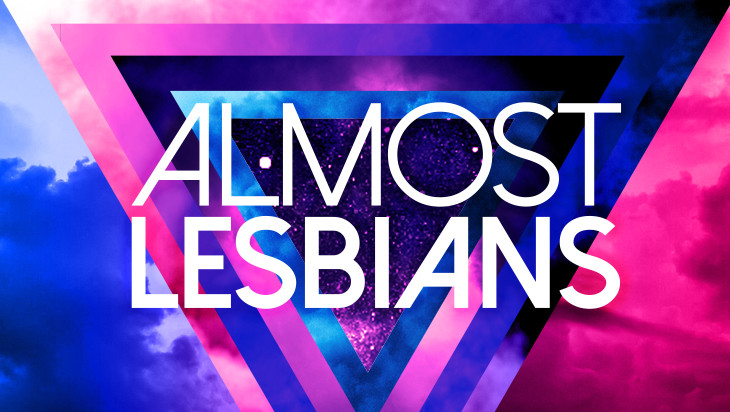 Sophie Joske and Anna Piper Scott have a mission, and a talent to carry it through. As well as addressing gender and sexuality in a variety of entertaining forms, ‘Almost Lesbians’ explores what is required to create the perfect example of a Melbourne International Comedy Festival Show, ticking off a list of prerequisites one amusing category at a time through sketch, stand-up, video montages, song, and dance.

With an armada of quips and stories, Sophie Joske and Anna Piper Scott gel terrifically as any powerful duo should. Both employ different energies to discuss, analyse, and create entertainment, primarily addressing the complexities of sexuality and gender in society, and present it all in a thoroughly engaging and relatable manner. The banter is sweet and naturally produced, the material is honest and empowering, and the variety of audio and visual presentations mean that there is never a dull moment within the show. It is a well thought out piece, with two strong personas who have worked strongly together to complement each other’s style, and to produce an overall brilliant collection of endearingly relevant performance art.

Now that the show has received a nomination for this year’s Golden Gibbo Award, it seems as though the mission throughout the overall arc of the performance could very well come to fruition, and a much deserved reward that would be.

Almost Lesbians ran from the 28th of March to the 8th of April at The Imperial Hotel. It is currently one of five shows contending for the Golden Gibbo award for 2018.

Disclosure: The Plus Ones were invited guests of Almost Lesbians.