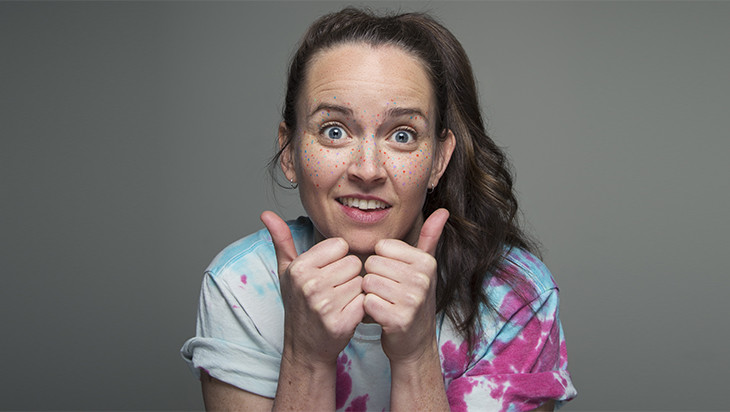 It was too be no surprise to learn, once again, that Zoë Coombs Marr knows how to deliver a knock-out performance. After years of performing her award-winning, awkward, and misogynistic character ‘Dave’, ‘Bossy Bottom’ sheds the persona to reveal the performer mastering the mic in sixty very entertaining and superbly crafted minutes.

The genius of this show is hard not to spoil, but in summary it is a collection of brilliantly refined stand-up, mixed with creative surprises, twists to the genre, and some of the most rewarding payoffs seen so far during the festival. There are the usual quips and experiences to share, and certainly much to obtain from hearing them; yet it is the arrangement, format, and modes of linking the material and themes together that really prove that structure plays such an important part in a successful show, especially if that performer is a natural talent with a professional zeal. Zoë Coombs Marr is an absolute master at call-backs and deriving exquisite humour from her clever arrangements, as well as her superb delivery and powerful natural persona.

Zoë Coombs Marr is popular for many very good reasons, so make sure to book your tickets before this inevitably sell-out season concludes at the end of the festival.

Disclosure: The Plus Ones were invited guests of Zoë Coombs Marr.