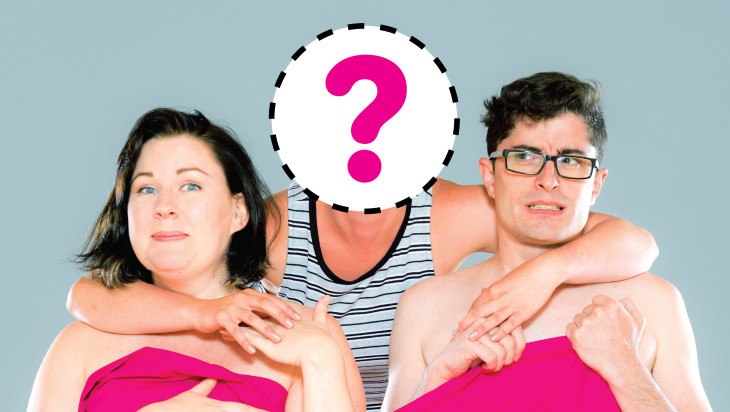 Each new guest is kept a mystery, not only to the audience, but to the performers themselves. In this particular show, acclaimed performer Ben Russell, (performing in this year’s festival show ‘Restaurant F*ckheads’), joined O’Sullivan and Powell for 50 minutes of pure joy and hilarity.

This is a style of improvisation that is beautiful to watch unfold, relying completely on the connection between the players onstage, and un-thwarted by any handle set to restrict such a free style of creation. All three performers gel and pay attention with such simplicity that it is easy to forget that this is a form of entertainment that can only be successfully conquered by experts trained and tuned into their wisest intuitions, lightning reactions, and appropriate impulses.

It is clear that O’Sullivan and Powell have an established connection as performers who have worked on their craft for a solid amount of time. O’Sullivan commands the stage with differentiated characters, and pays terrific attention to all threads and offers, ensuring the evening is varied and cohesive as a whole. Powell hones in on the connections building in the relationships on stage, bringing forth intricate details and quick-witted responses that reward an intelligent audience’s attention. With a duo this strong in their art, one can confidently predict that this is a show destined to shine no matter who the next guest might be, and what style of improvised theatre they may provide. Ben Russell is a grounded performer with the right amount of mischief to bring this instalment to a satisfactory and rounded conclusion.

Disclosure: The Plus Ones were invited guests of Jennifer O’Sullivan and Matt Powell.