Hir opens to a set that is a technicolour pigsty. A lounge and kitchen, stacks of dirty dishes, laundry strewn across the floor not unlike the garish knick knacks that clutter walls and surfaces. Centre stage is Arnold, a morose middle-aged father. Dressed in a nightie with clown makeup, mouth agape, and beard caked with leftover smoothie.

This is the scene that assaults Isaac, prodigal Marine absent three years and returning to his home from a war zone. Buoyant mother Page does little to put him at ease with her unfamiliar manic state. He hardly has time to take it all in before being greeted by Max, his barely-recognizable transgender teen. 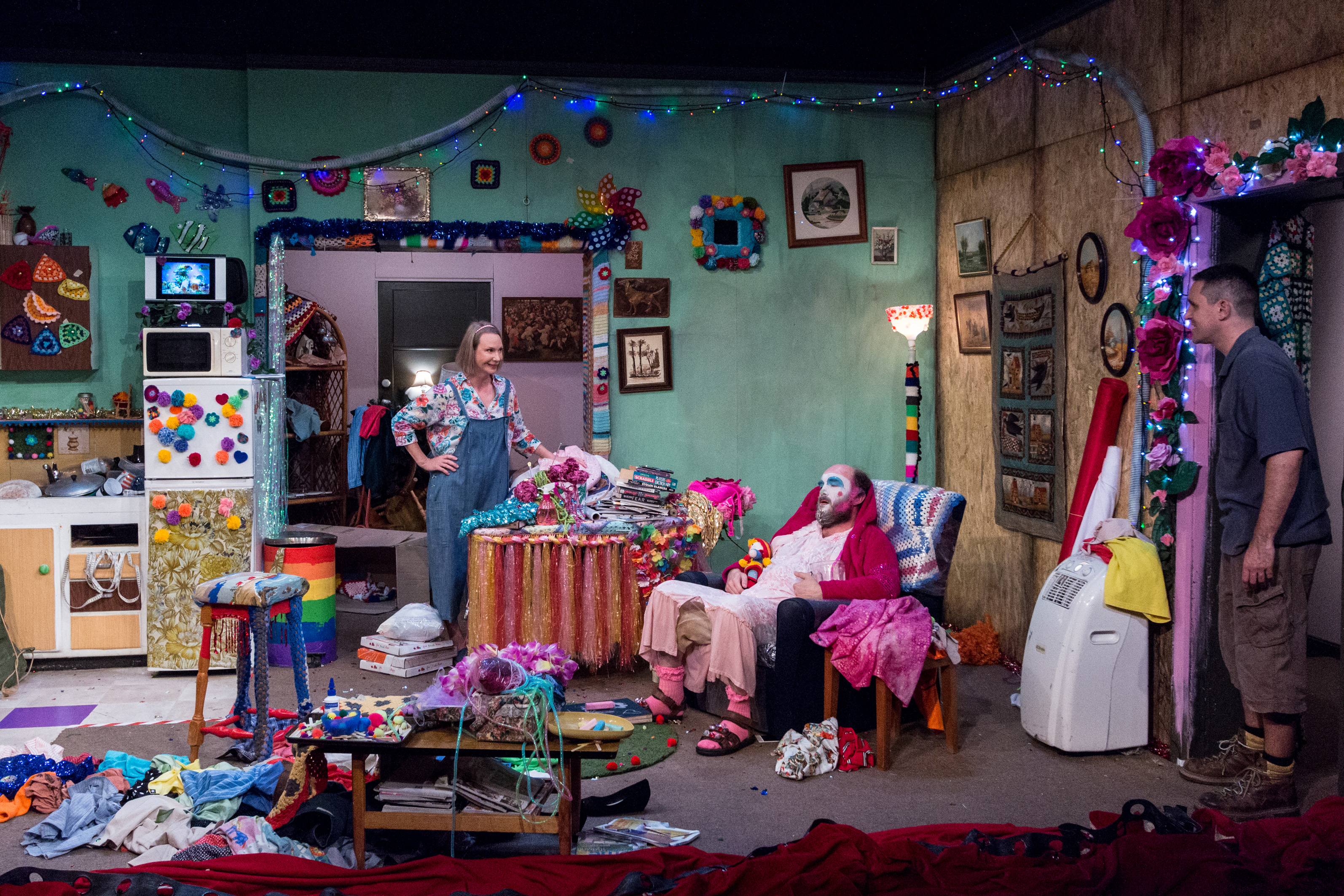 Part of the Midsumma Festival, Hir is much more than queer theatre. Max’s struggle with gender issues is given the same importance as the issues that the other three family members have to confront. Arnold, a mediocre, racist and abusive husband — furious at the waning of his privilege and of a world that was moving quickly past him — was disabled by a stroke. He is left sedated and barely aware of his humiliation at the hands of his wife.

Page, free at last from Arnold’s control, can take the reigns of her life and reinvent it. Max’s decision to take hormones and switch genders is met with the same enthusiasm and acceptance by hir (using Max’s preferred pronoun) mother of a fresh world full of new paradigms and possibilities.

The structure of the play is as hard to define as the fluid identities of the family of four. It’s a ‘transgenre’ script, if you will. It has plenty of dark comedy to it, but doesn’t try to conform into any easy to categorise forms or tropes. The second act moves from uneasy laughter to no punches pulled emotional payload.  It is at essence a story of people going through transitions. 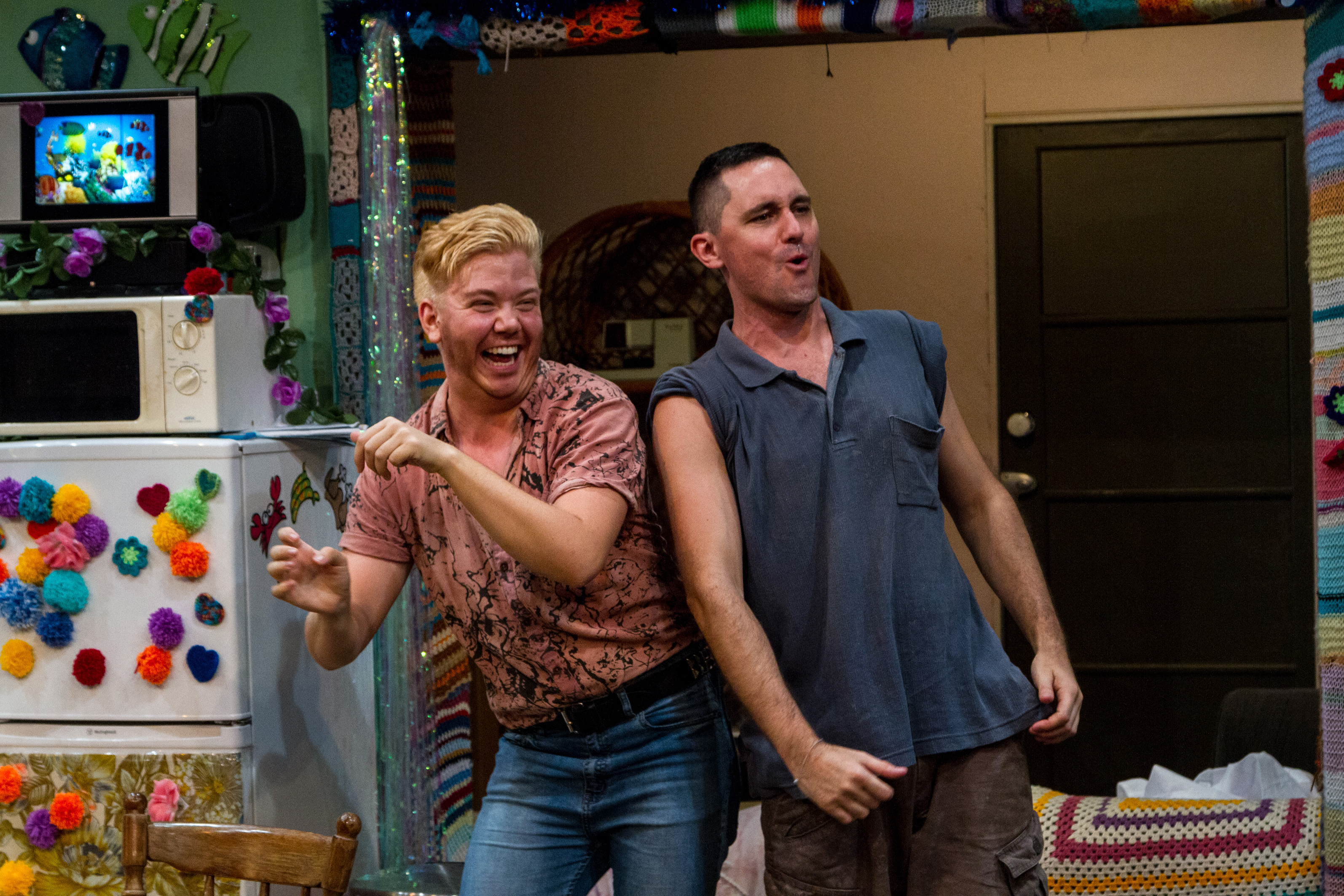 Having processed the emotions that Hir delivers, I like to think of the play as an archetypical Greek familiar tragedy transported to 2018. Gender theory that can be extrapolated the turmoil of culture and identity we all must deal and confront in this urgent time of transitions.

– Christian G.
Christian is an international man of mystery; lover of books, cats, and the performing arts; moonlighting as a finance professional by day.

Disclosure: The Plus Ones were invited guests of TS Publicity.
Image credit: Teresa Noble.