Ever since it was announced, I have been waiting eagerly for Opera Australia’s production of Frank Lehar’s The Merry Widow. My plus one was equally thrilled when I offered her ‘a night at the opera’ — her first ever. As an operetta, The Merry Widow is a much ‘lighter’ opera, and with the delicate professionalism that Opera Australia brings to their productions, I was supremely confident that she would be immediately enthralled. And she was.

The wonder of opera (or operetta) for me is that a majestic mix of amazing singing, beautiful music, and the clever set design. Tonight, in each of these aspects, we were not let down. As soon as the curtain was raised we were immediately immersed in the most opulent of eras — the gold and black art deco of the 1920s. 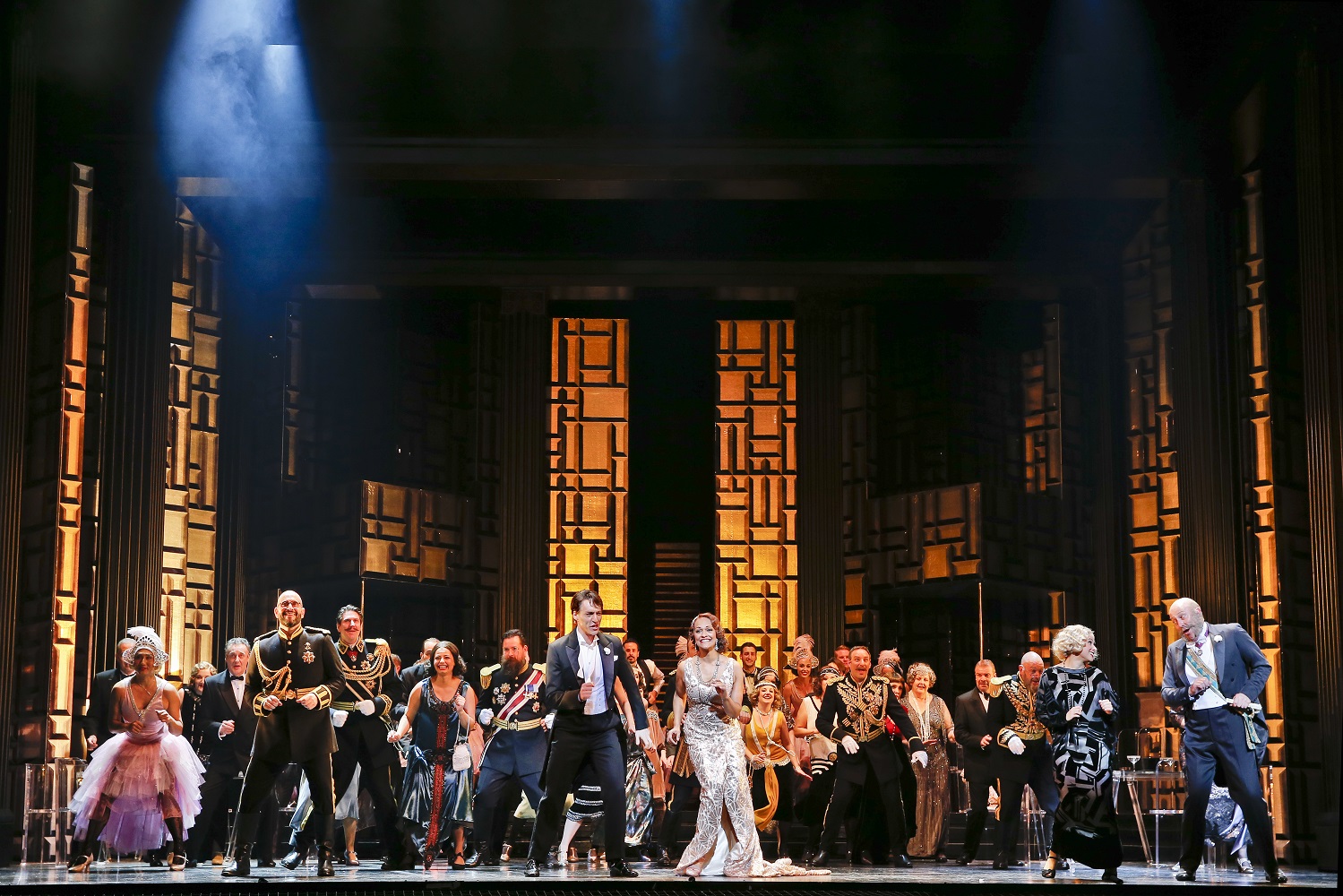 Director and Choreographer Graeme Murphy has chosen a fantastically fitting time for during which to set this production. He had also added another fantastic aspect to the performance: dance. Prior productions of The Merry Widow for The Australian Ballet meant it was a treat to see his talents in the operatic sphere. With interludes from clumsy waiters to knee raising Can-Can dancers, the evening was non-stop entertainment. Jennifer Irwin’s costumes too deserve a mention. Nothing was held back for the men or the women. Feathers, colour, satin, sequin all came together in an opulent whirlwind. Amazing.

The story itself is a seemingly simple one. Hanna (Danielle de Niese) is beautiful, young, enigmatic and rich. She is also the recent widow, and her considerable wealth is considered the answer to the problems of the state of Pontevedro. According to the Pontevedrian diplomats, all she needs to do is marry one of the local men, and keep her fortunes from leaving with her. Playboy Count Danilo Danilowitsch (Alexander Lewis) appears ideal, although these meddling diplomatic vultures are unaware of their history. 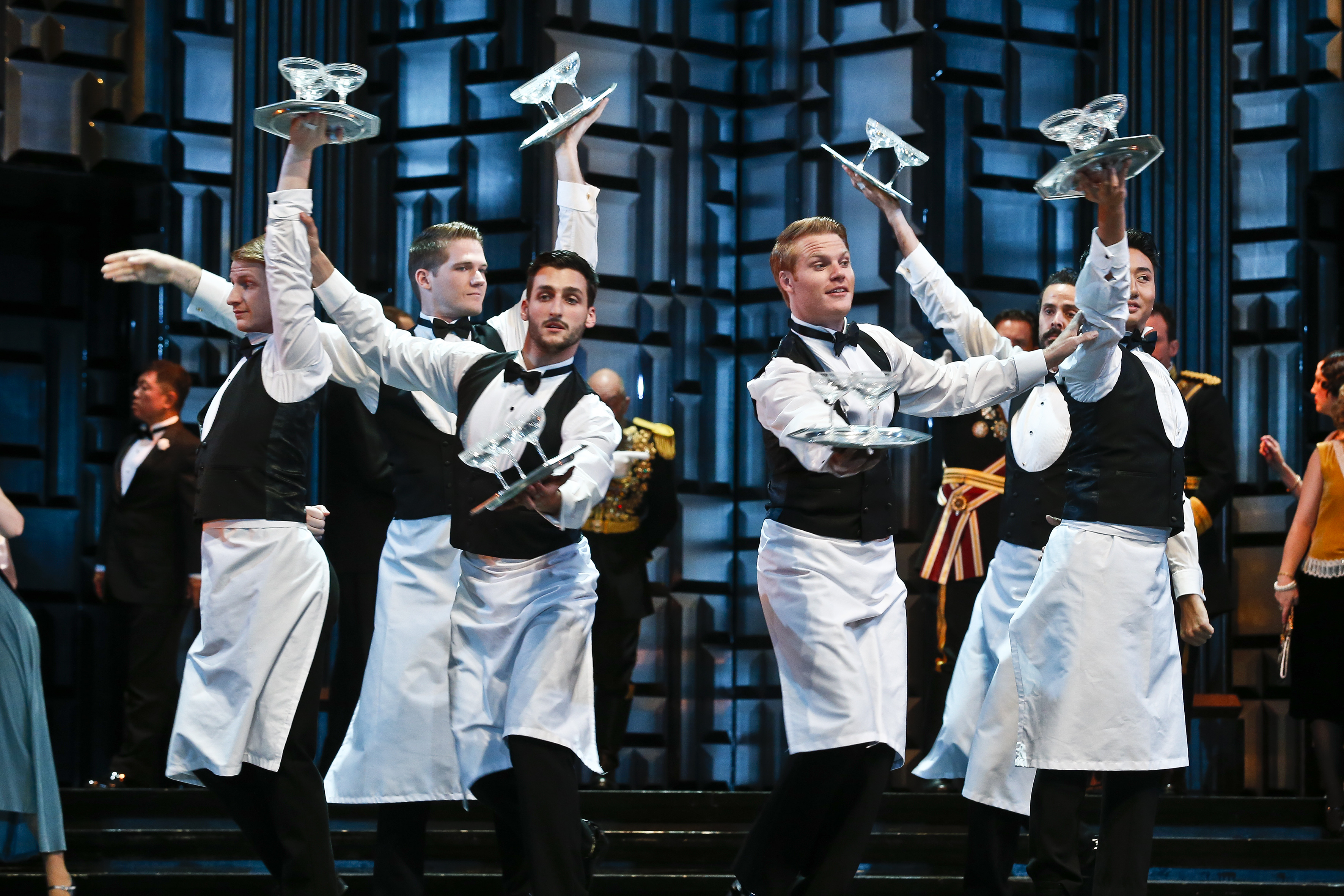 The simple plot is tangled with some almost Shakespearean tale weaving with secret notes, unrequited flirting and gullible husbands. These pivotal roles are carried off to a tee by the supporting cast; the faithful (but teasing) Valencienne (Stacey Alleaume), her potential lover, the ever-pursing Camille de Rosillon (John Longmuir) and her blissfully unaware husband Baron Mirko Zeta (David Whitney). A further notable mention also goes to Njegus (Benjamin Rasheed) whose moment to shine is knock out!

Over three acts, we move through the black and gold Art Deco designs of the Pontevedrian embassy in Paris (or Paree) via Hanna’s home, sumptuously represented as Monet’s waterlily garden to the silver and black of Maxim’s Nightclub for the final act. Each set was simply exquisite. Not surprisingly in each break the bar was abuzz with the audience’s ‘wows’ and reminiscences of the last act; everyone waiting to talk about everything they had witnessed on stage. 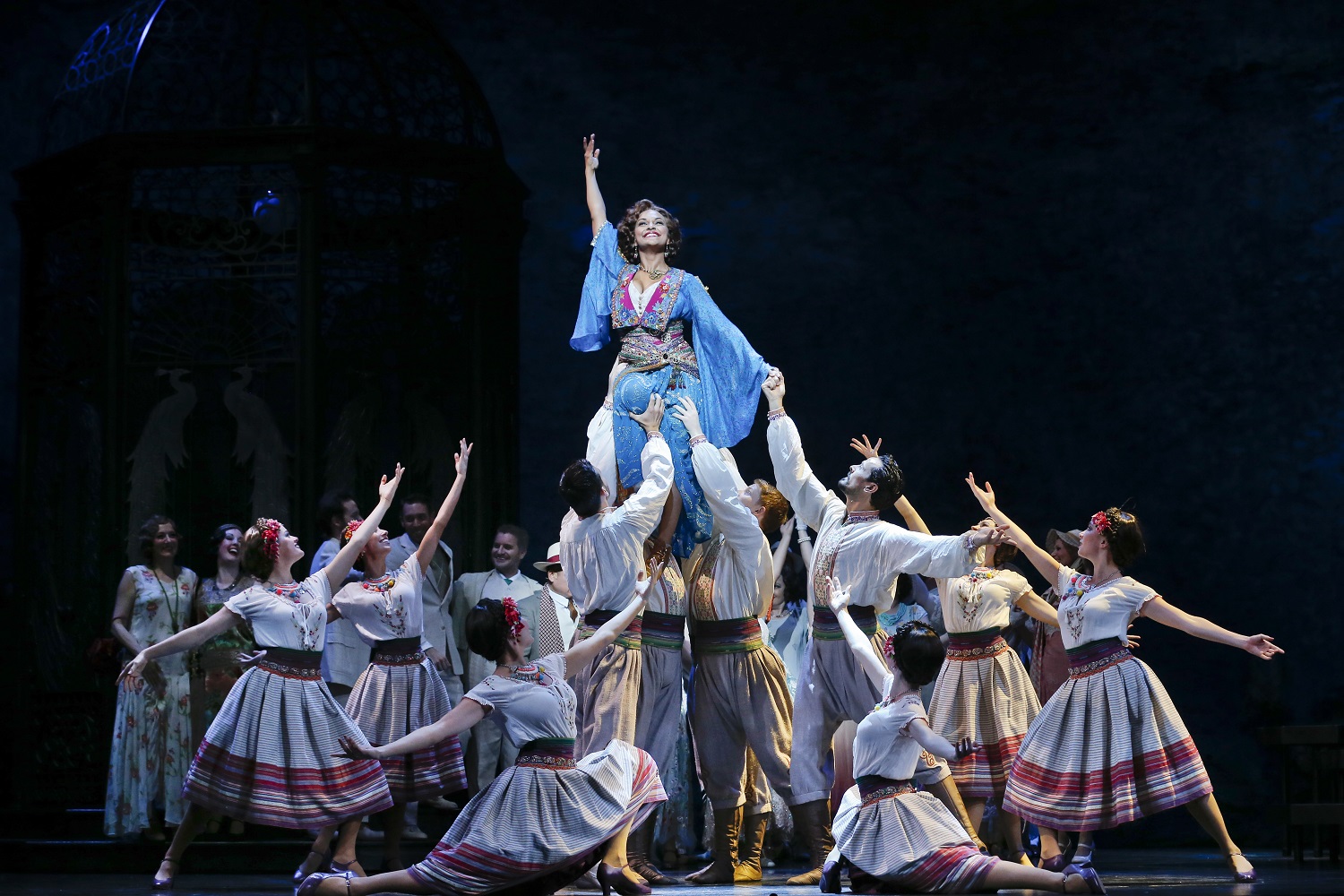 In many ways this was Broadway meets Opera, with generous nods to each. The entire evening was simply majestic, simply beautiful and simply… fun. You simply must go. Indeed, as they say in Paree, ‘tomorrow’s another party’, so consider yourselves invited.

‘The Commune’ by Bitten By Productions

‘The Memory of Water’ at Chapel Off Chapel