Presented by Melbourne Festival, Tree of Codes is choreographed by Wayne McGregor, featuring dancers from both his UK based company and the Paris Opera. It’s about more than just the dancing. The music has been created by Jamie XX, where he has stepped out of any confines he may have had previously when producing music for commercial release. This is all combined with the work of installation artists Olafur Eliasson to create a visual feast like nothing else the dance world has ever seen before.

Contemporary dancers are like the rebels of the dance world. You might see the odd tattoo, short pixie cuts, maybe even some bring pink hair. While the stereotypes and discipline in appearance long associated with ballet may be gone, there is something of a completely different level to be said for the discipline of contemporary dancers, the performers in Tree of Codes take this to a entirely different place altogether. 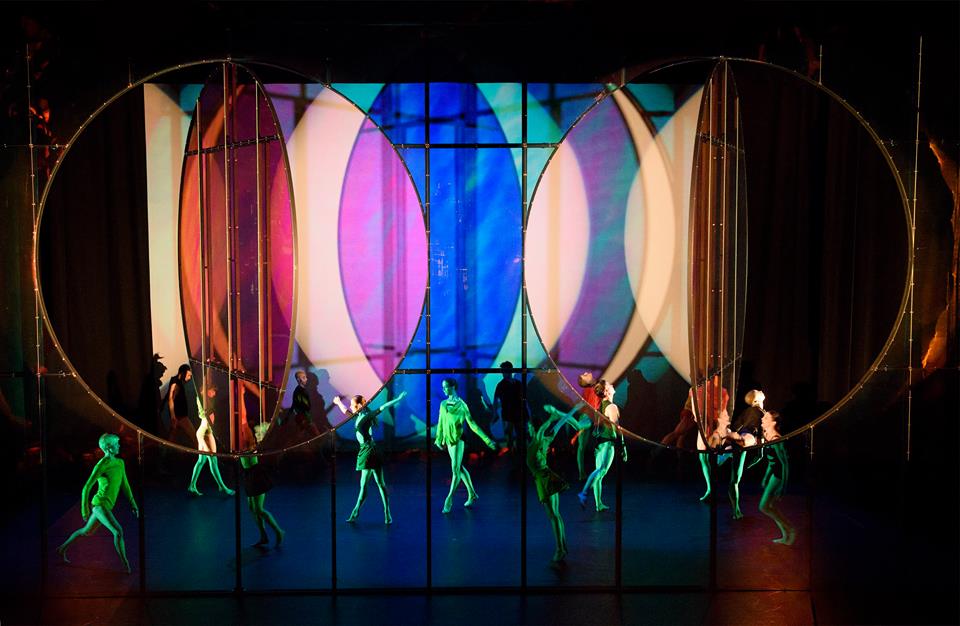 The inspiration for the performance is from the book Tree of Codes by Jonathan Safran Foer, an author known for pushing the boundaries this novel is not your average black and white pages, it is more a multilayer exploration of extinction. As the dancers moved around the stage you could see so much this idea, but also find yourself considering life in a dystopian, alternative reality as they tried to climb towards somewhere new.

It was often hard to know where to look at times, with mirrors sending visions of dancers off like a kaleidoscope around the stage. Although there was only 14 dancers featured in the performance it often felt like double that thanks to their quick movements and the set designs. You can see elements of humanity playing out as though interacting with each other, and yet completely separate to each other, but ultimately it is very hard to describe Tree of Codes.

It isn’t something that follows uniformity, instead you go from being awe-inspired by the sheer muscle and talent of the dancers themselves, to being caught up in the bright colours of the stage, and the unique sounds they are moving too.

–Maddie
Maddie Kilby is a freelance writer amongst many vocations and is the type of person who gets bored easily and likes to find herself in weird places doing weird things.

Disclosure: The Plus Ones were invited guests of TS Publicity.
Image Credit: Melbourne Festival