This next chapter maintains the high standard set by its acclaimed predecessor, Tannhäuser. Director Suzanne Chaundy delivers once again with an exploration of human behaviour, this time in the setting of the old world. She patiently allows the story to slowly unfold, build drama, and end with a terrific climax. 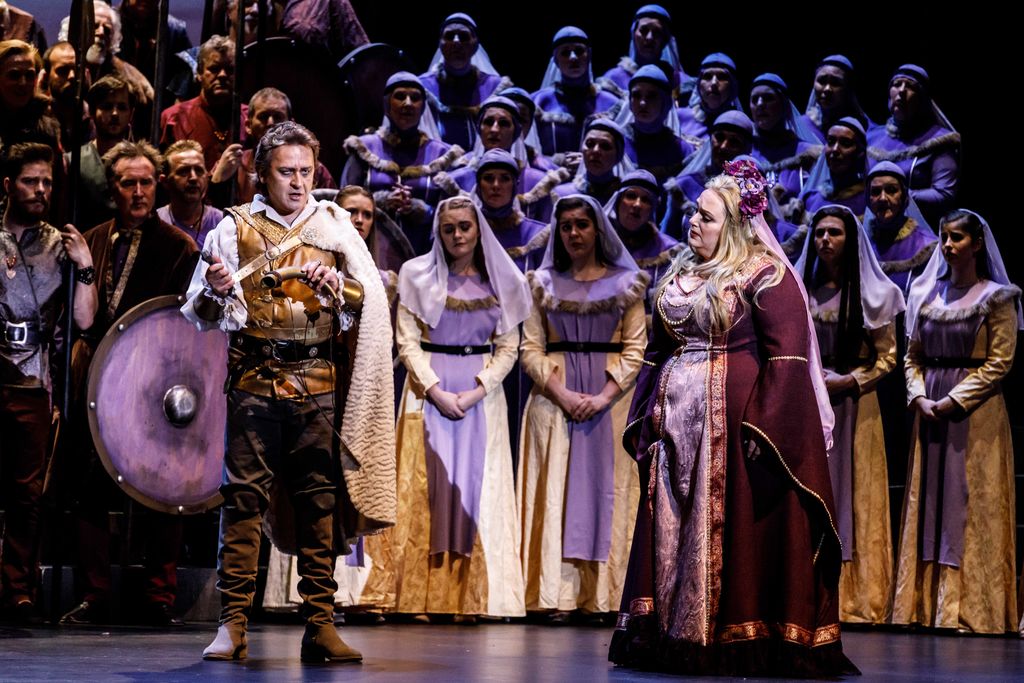 The story of Lohengrin points to the knights and nobility of medieval legends, and the magical tales that accompany them. When Elsa is accused of murdering her brother, the mysterious knight from her dreams arrives to defend her innocence – in combat, or course. If victorious, he only asks for her hand in marriage and her solemn vow to never ask his name and origins. She agrees and all the lands are smitten by the lovebirds.

But where there’s light, lingers darkness. In this case, it’s the evil Ortrud, who plants seeds of doubts in Elsa’s mind, causing her to wonder where the hell her lover actually came from. The tension is palpable as it escalates to the big reveal.

In her hometown debut, Helena Dix is stellar in her portrayal of the sensitive yet conflicted Elsa, singing with divine voice. Marius Vlad is enigmatic as Lohengrin and Hrólfur Saemundsson perfectly depicts Friedrich’s fall from grace. Sarah Sweeting is especially captivating as the sinister Ortrud, singing with glorious power and venom, and a commanding onstage presence. They are all accompanied brilliantly by the enormous chorus, which comes together in spectacular form to fill the theatre with the grandeur of Wagner’s music.

There’s a lot to love about this production. It’s staged in the majestic Regent Theatre with animated background projections advancing mood and time; the audience watches as storm clouds roll through and night to turns to day. This is complemented wonderfully by Lucy Birkinshaw’s effective lighting and Christina Logan-Bell’s set design. The use of a vapour screen for Lohengrin’s arrival is particularly impressive, adding to the knight’s mystery. Lucy Wilkins’s costumes are also quite marvellous, though the detail may be difficult to admire unless sitting closer to the stage. 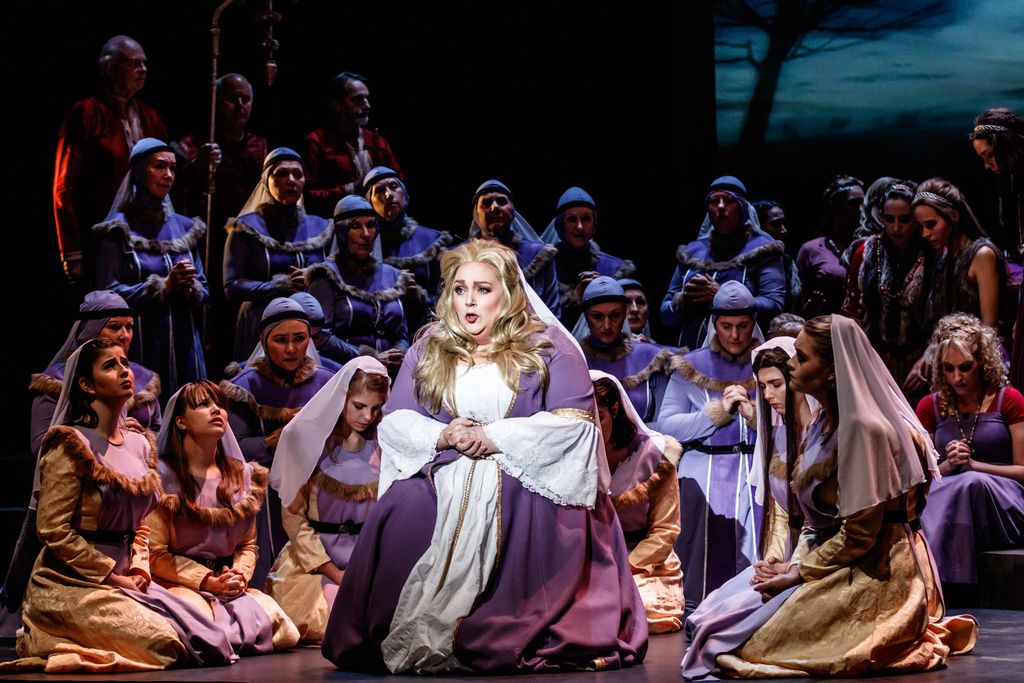 Despite their absence of government funding, Melbourne Opera has staged a world-class production of Lohengrin that would be a credit to any opera house. It’s definitely worth seeing!

Lohengrin plays on August 7, 10 and 12 at the Regent Theatre, Melbourne, and 19 August at Robert Blackwood Hall, Monash University (sung in German with English surtitles). To find out more and book tickets, visit the Melbourne Opera website. The venues are wheelchair accessible.

Disclosure: The Plus Ones were invited guests of Fuller PR.
Image credit: Robin Halls.

Samuel Beckett’s ‘Not I’ and ‘Eh, Joe’ at La Mama Theatre

Film review: ‘The Wound’ at MIFF