If you’ve ever wanted to bag your duffle and haul wind as a privateer, floating down the Yarra River on an inflatable raft among a flotilla of vessels in the Inflatable Regatta is your perfect Saturday afternoon in the Melbourne sun.

The Inflatable Regatta will float the boat of all you freebooters, landlubbers, and powder monkeys. The event site suggests no driving or biking to the launch site, but instead using public transport. If you’ve never experienced the Inflatable Regatta, this is solid advice considering I had no idea where we’d end up. For reasons still unknown, my +1 and I predicted Princes Bridge, so being the clever sea dogs we are, parked our bikes there. Suffice to say we misjudged the finish line by about 5.5 km. Fail. 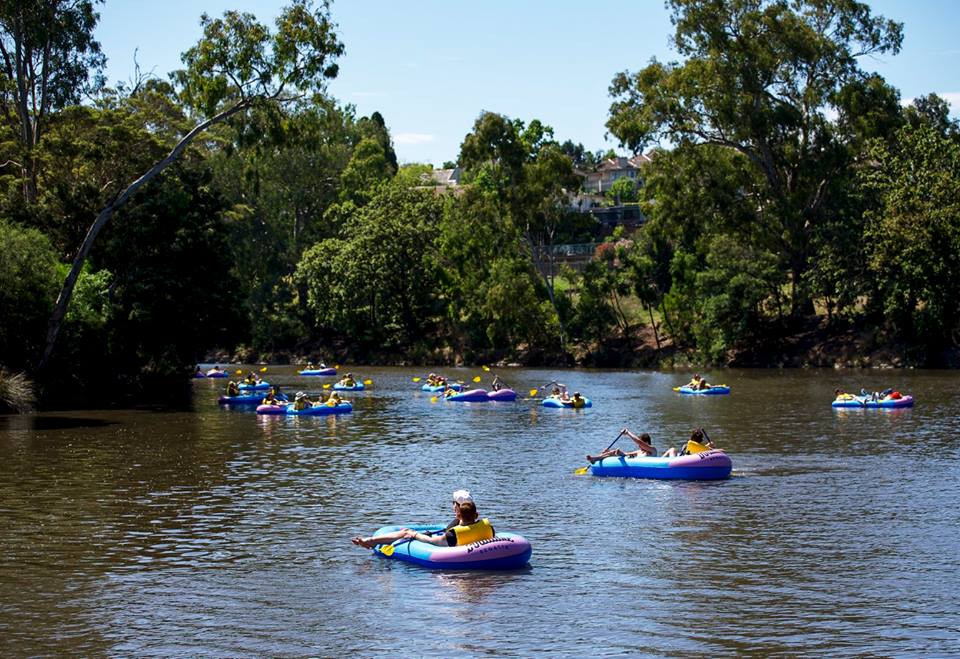 Nonetheless, the Inflatable Regatta team have it all figured out. Not only do you get to captain a one- or two- person vessel complete with paddles, the team also provide sunscreen, water, and lifejackets as added essentials for your voyage.

Once you’re commissioned your personal dingy, you kick off from the launch site and join the growing fleet of inflatables dotting the metallic blanket of the idyllic Yarra waters. You don’t need to be an old salt to dodge the hempen halter and navigate the mighty Yarra; all you really need is a pirate hat, a boom box streaming your favourite sea shanties, and your best monkey jacket. 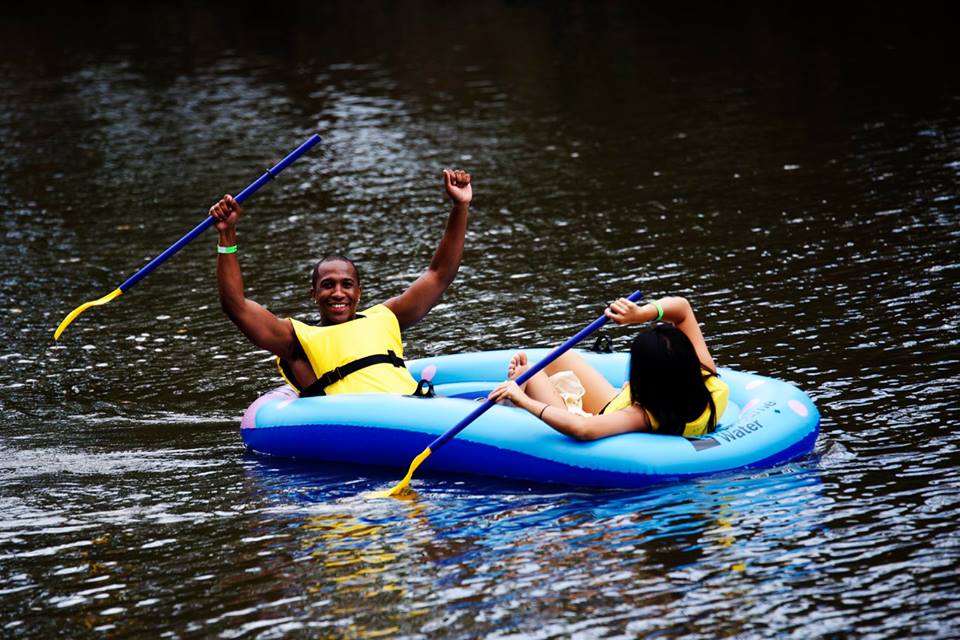 After a lot of fervent paddling, one team managed to snag a charity beer bestowed by a passing boat. A refreshing beer would have been a perfect diversion from the pulsating sun beating down on us. However, the shadowed passage under the overarching foliage along the river’s edge was a soothing reprieve.

Couple that with hanging your feet off the boat edge into the cool, inviting waters and you have yourself a blissful afternoon peacefully drifting along an iconic part of the Melbourne urban landscape. The event runs all day, so you can paddle, race, hornswaggle, or buccaneer as you please. 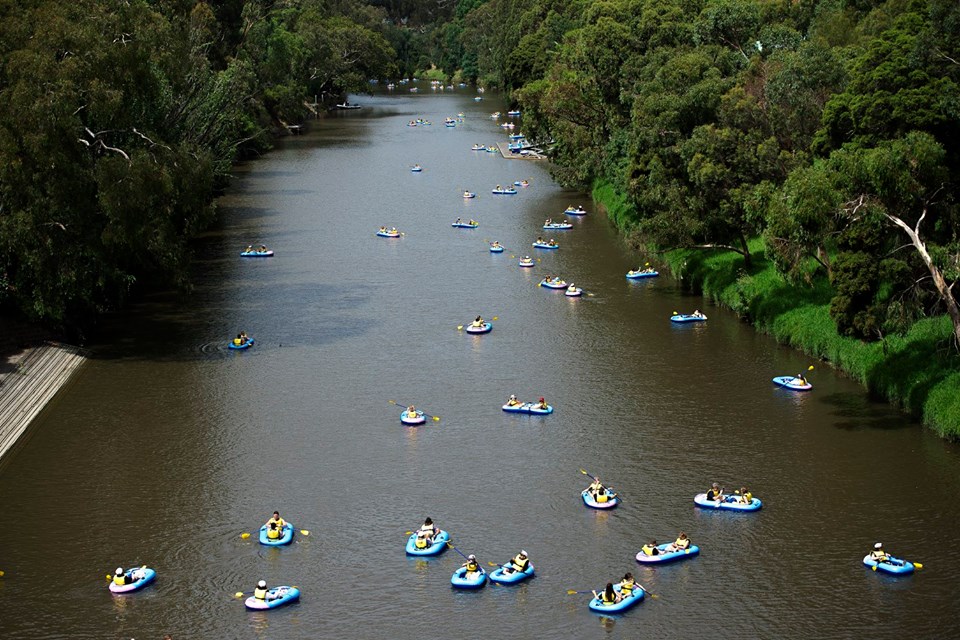 Awaiting you at the finish line were food trucks, bars serving much-needed ice-cold beverages, and blasting beats overlooking teams of beached rowers peppered across a grassy canvas. The best part? After deflating your vessel, you get to keep it to fulfil that lifelong desire of becoming a fly pirate. Or, just fashion it into a party eski.

Disclosure: The Plus Ones were invited guests of The Inflatable Regatta.
Image credit: Ken Crundall.

Adelaide Fringe Festival 2017 – The Plus Ones’ Guide