Playback Productions’ version of ‘The Wedding Singer: The Musical’ is amateur theatre at its best. In recent years the company has grown from staging community theatre, drawing from local talent, to a company that hosts such wide and varied talent of such a high standard from around Melbourne that it could almost be described as semi-pro.

‘The Wedding Singer’ follows the relationship breakups, psychological meltdowns and subsequent blossoming romance between Robbie, a singer in a wedding band who lives in his Gran’s basement, and Julia, who waitresses at the event venue where Robbie performs. The story is buoyed along by the variety of colourful characters who share their lives. 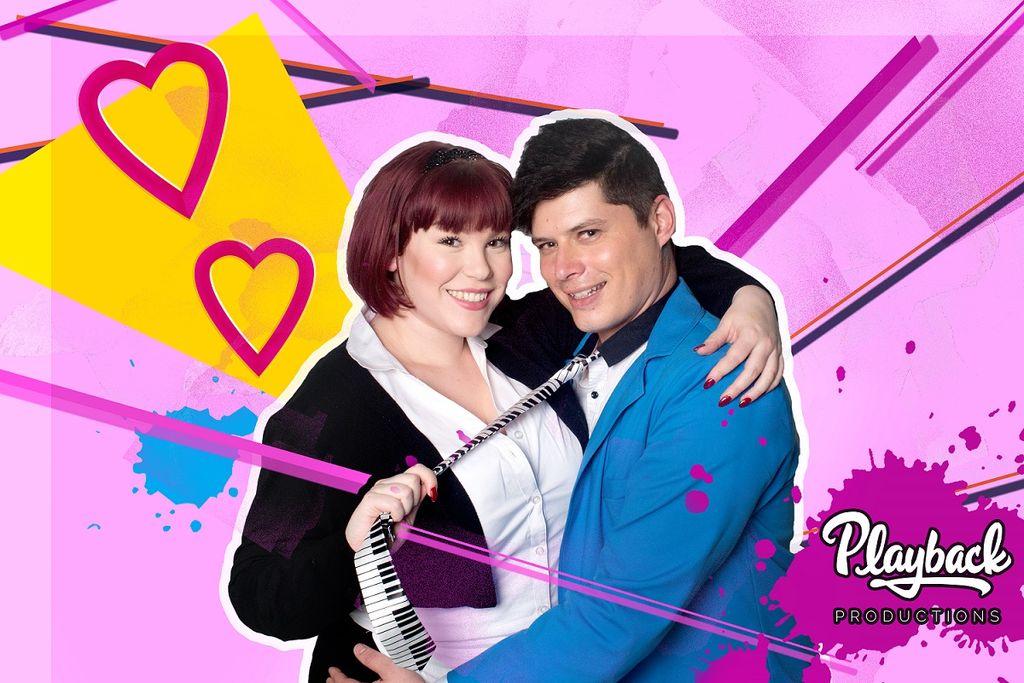 The production team did an incredible job at TheatreWorks St Kilda. The costumes were authentic 80s spandex kitsch all the way. Attention to detail on the sets was ‘totally gnarly dude’. Lester the dog, at almost 16 years old, made his stage debut and was so well behaved, he didn’t steal the show when he quite easily could have.

Cathy Phillips, as Granny Rose, was painfully funny. Leighton Irwin as Robbie was endearing and charming, Katlin O’Keene was adorable as Julia, and Dion Kalivoitis and Danny Nercessian were fantastic in supporting roles as Sammy and George. The band didn’t miss a beat. The choreography was slick and the ensemble as a whole seemed to truly enjoy every second, as did we.

The Sunday matinee was so entertaining that the afternoon flew by. By the time the show wrapped up, with the audience joining the cast on stage to dance the Nut Bush City Limits, our faces were aching from laughing.

– Emmanuella
Founder of Find Your Voice Australia, Emmanuella is a voice and performance coach.

A day at the races at the BMW Caulfield Cup