Note: This article contains no spoilers for the film.

Tim Burton’s Alice in Wonderland was hugely successful when it was released back in 2010, raking in over $1 billion at the box office for Disney. It was a little surprising then to find the sequel to the children’s fantasy film released six years later. Now that the sequel Alice Through the Looking Glass is out in cinemas, what better way to experience huge fantasy landscapes than up on the largest screen in Melbourne.

To celebrate the theatrical release in IMAX Melbourne, my plus one and I ventured down the huge escalators next to Melbourne Museum for a very important date: Melbourne’s maddest movie spectacular. 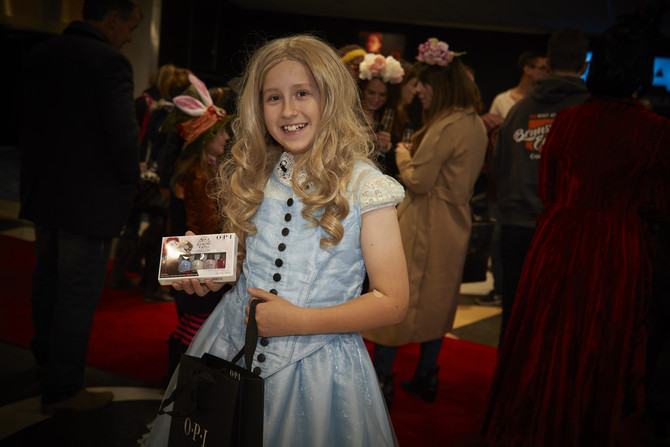 New York street artist Kelsey Montague was braving the rainy cold Melbourne night by live painting a large Alice themed mural at the front door to the cinemas (you can see it completed below).  The night was an experience far beyond the regular trip to the movies.  Staff dressed up for the Mad Hatters tea party, champagne was sipped and the venue was decked out as Wonderland. 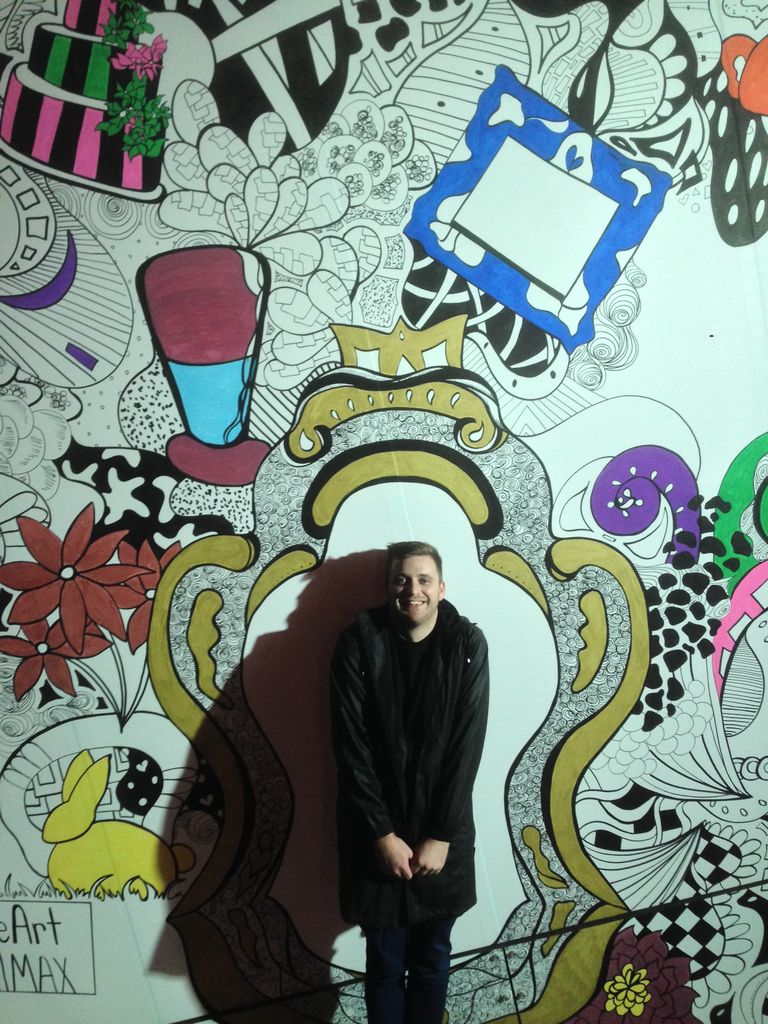 After getting our obligatory selfie with some Mad Hatters in cosplay, we watched as the presenter of the night ran a small fashion parade of Alice cosplayers. The winners seemed pretty happy with their gift bags filled with OPI Alice Through the Looking Glass-themed nail polish.  After grabbing our popcorn, choc top and 3D glasses we were ready for the IMAX experience.  We won’t spoil the film for you but just know that while my plus one and I are not usually fans of 3D cinema, this film looked really good on IMAX in 3D – it added some great depth to the huge fantasy world. Also you get to see Mia Wasikowska and Helena Bonham Carter very VERY close up, and who doesn’t want that.

-Tomas Zagoda
Tomas Zagoda is a filmmaker, writer, coffee addict and tall person who does not play basketball. You can follow him on your social media channel of choice at @TomasZagoda.

IMAX Melbourne is in Carlton Gardens next to Melbourne Museum. Alice Through the Looking Glass 3D is screening from the 26th May 2016.

Disclosure: The Plus Ones were invited guests of Museum Victoria.
Photo credit: Jonathan Augier and Tomas Zagoda.

Melbourne International Film Festival 2016: The Plus Ones’ guide to the must-see films