Opera Australia’s production of ‘The Marriage of Figaro’ is magnificent, visually stunning, and a glorious treat for your ears.

The brilliance of Mozart’s music is matched by superb singing and acting from a fabulous Australian cast, beautiful period costumes and sets, and a magical performance by Orchestra Victoria.

‘The Marriage of Figaro’ is a comedy about love and unrequited lust, with a massive dollop of jealousy. Figaro, valet to Count Almaviva in Spain, is about to marry Susanna, the Countess’s maid; but the Count won’t give his permission for the wedding, and he schemes and delays the ceremony so he can exercise his droit du seigneur – the legal right of a feudal lord to shag a servant on her wedding night. But the Count’s scheming is matched by that of Figaro, Susanna, and the Countess.

If you weren’t a Mozart fan before, this production will surely convert you. Credit goes to the talented cast for delivering on Mozart’s genius, with flawless arias, duets, and ensembles that are almost unbearable in beauty, including Sull’aria… che soave zeffiretto (‘On the breeze… What a gentle little Zephyr’) and Contessa perdono (‘Countess, forgive me!’). 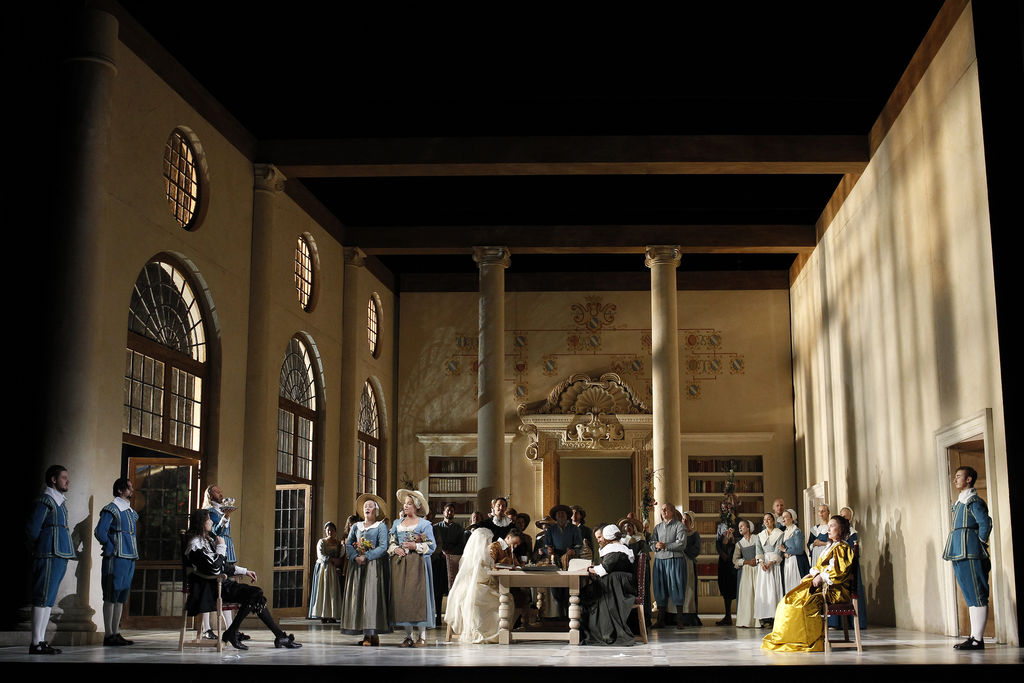 There’s wonderful chemistry between all the performers. Taryn Fiebig shines as Susanna, Andrew Jones is a likeable and affable Figaro, Jane Ede elicits pathos as the Countess, and Shane Lowrencev has a fantastic, looming presence as Count Almaviva. Sian Pendry also stands out as Cherubino, the pubescent hornbag. I challenge you to find a single weakness among the cast.

It’s a dynamic production. Everything conspires to give the impression that we’re moving through the day. The spectacular sets offer an incredible attention to detail; it’s marvellous how they transform the stage so radically, so quickly. And the masterful lighting recreates the summer daylight so vividly that you’ll believe you’re at a matinee.

I strongly encourage everyone to see this production. If you love classical music – hell, even if you don’t – go see it. ‘The Marriage of Figaro’ is one of the most performed operas worldwide and with productions like this it’s easy to see why. I wouldn’t hesitate to see it again. Bravo. Encore.

‘The Marriage of Figaro’ runs 12–28 November 2015 at the State Theatre, Melbourne (sung in Italian with English surtitles). To find out more and book tickets, visit the Opera Australia website. The venue is wheelchair accessible.