Have you ever been on a hidden walking tour of Melbourne’s best men’s fashion boutiques? During Melbourne Spring Fashion Week 2015 we did just that with the ‘Dapper Guide‘ walking tour of men’s fashion boutiques. I had never been to any of these boutique fashion stores, and without our guide I would never have found them. Our top four are very Melbourne: somewhat hidden, high quality, and boutique. 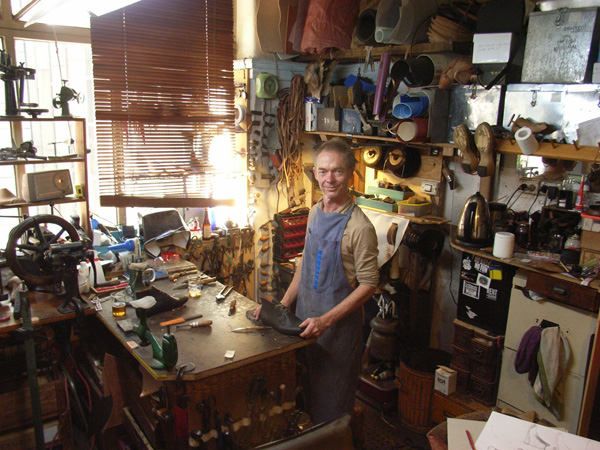 Brendan has been in the industry for 20+ years and naturally has seen a lot of changes. One that’s particularly close to home is the decline of the humble cobbler. Usually there’s just “10 students minted per year. It’s one of those things that’s more of an art than a science which makes it difficult to mass produce students”.

At the back of his studio in the Nicholas building there is only what can be described as an old school ‘cobbling studio’. Brendan has been in the space for over 20 years, and it shows. The walls are stacked with memories and mementos of yester-year.

Often Brendan’s finished products takes months to complete, and he has a loyal base of customers from across the world. Interestingly, customers from England tend to order multiple pairs. “Shoes don’t last as long over there. The cold, the rain, the pavement. It all affects the lifetime of a shoe.” In any given week 2-3 shoes are on commission from his clients and he repairs shoes he makes for life.

Occasionally Brendan makes shoes for galleries. The NGV commissioned a timber veneer piece that Brendan claims was his toughest assignment. Needless to say, they looked glorious!

What’s the classic shoe? “Tastes come and go. The fit is very important.” He regularly goes through several iterations to make sure that clients are happy. What’s the best way to clean a shoe? You’ll have to go in and ask.

Looking for a set of bespoke men’s shoes made in Melbourne? This is the place to go if you want a high quality, bespoke outcome. 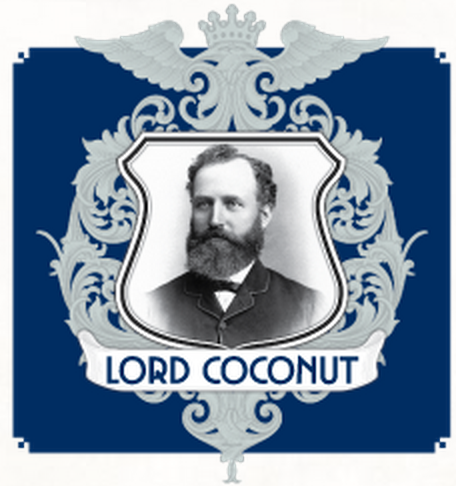 Mark (also known as Lord Coconut) is the ‘Dapper Guide’ to Melbourne. We started his Melbourne Spring Fashion Week tour at his boutique men’s jewellery store, which Lord Coconut began over four years ago. It is the only jewellery store in Australia that caters to the genteel class and it is brimming with individual pieces.

Now, the Lord and Lady Coconut showcase over 40 Australian-based jewellers and artisans. The pieces are eclectic and ooze charm. “It’s the stories behind the pieces that make the difference.” A single discerning ring for example chiseled out of fordite. What’s fordite? Automobile paint that dripped onto factory floors over decades and built up of layers of enamel on the tracks and skids where cars were hand spray-painted. Typically, fordite comes from paints used in the late 60’s and represents the colours of the era.

Lord Coconut usually has a roster of vibrant exhibitions and is hoping to conduct further tours at some stage. Make sure to check the site often to stay in the loop! 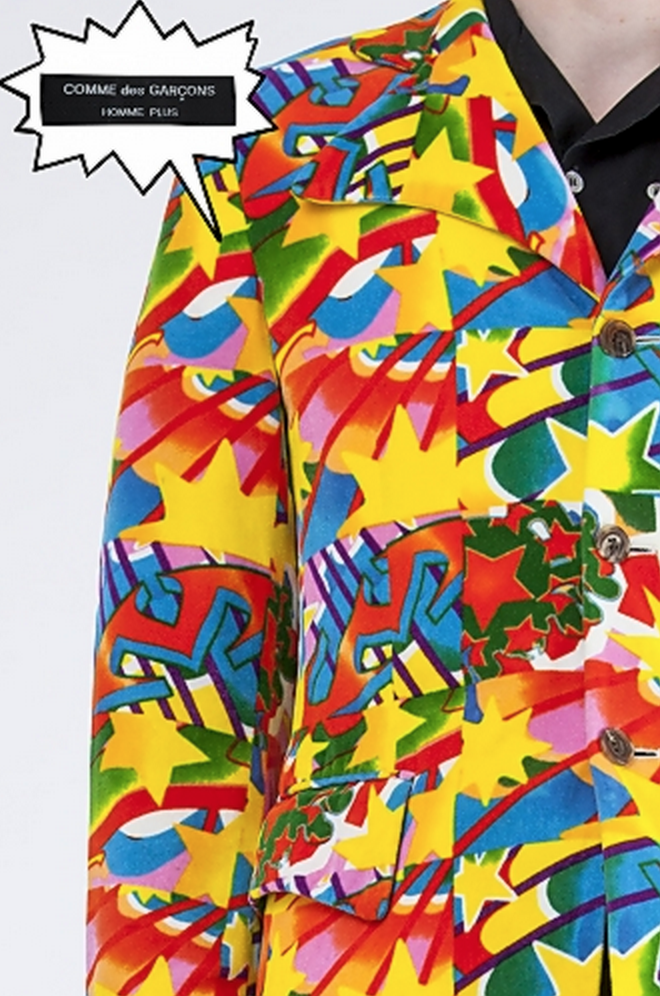 I don’t think it’s Otto’s goal, but I feel like he is here in Melbourne to shake Melburnians from our grey and black malaise that seems to dominate clothing-scape of train and tram journeys.

What makes a great suit? Cut, fabric, lining – what separates the good from the great? Enter Carl Navè’s emporium and you’ll have all of your questions tailored specifically for you. Whenever I walk into a suit store I make a point to assess how the staff are dressed. The issue is it’s usually staff. At Carl Navè, you get 100% Carl and his years of tailoring nous dedicated to the contours of your body.

Visits are strictly appointment only, so make sure you call ahead.

Ensuring clients are happy. This was the overwhelming message from these Melbourne men’s fashion boutiques. They want their customers to experience a lifetime of joy and often provide material assurances on the quality of their items. The dedication and effort that goes into each piece is expected. There are hundreds of similar high quality men’s fashion stores in Melbourne. What separated these outlets for me were the stories that went along with each creation.

We covered a sliver of the CBD on this fabulous walking tour. I suspect given their popularity there may need to be a few more scattered throughout the year. Perhaps canvassing different areas of the city?

Looking for more? Check out these two sites for more picks from the Melbourne men’s fashion scene:
D’Marge
That’s Melbourne

Lavazza Italian Film Festival 2015: The Plus Ones’ guide