There’s something about the Shadow Electric Bandroom in the Abbotsfrod Convent that feels clandestine and a little as though you’re in the loop and at an underground music party.

In conjunction with Leaps & Bounds Festival 2015, the Shadow Electric Bandroom is hosting Label of Love, a series of shows that celebrate local independent record labels. Running from 3rd July – 1st August, each show highlights a different label and the artists signed to it. Label of Love is all about paying homage to the people who work tirelessly behind the scenes to support local music and promote Australian independent artists to the rest of the world. 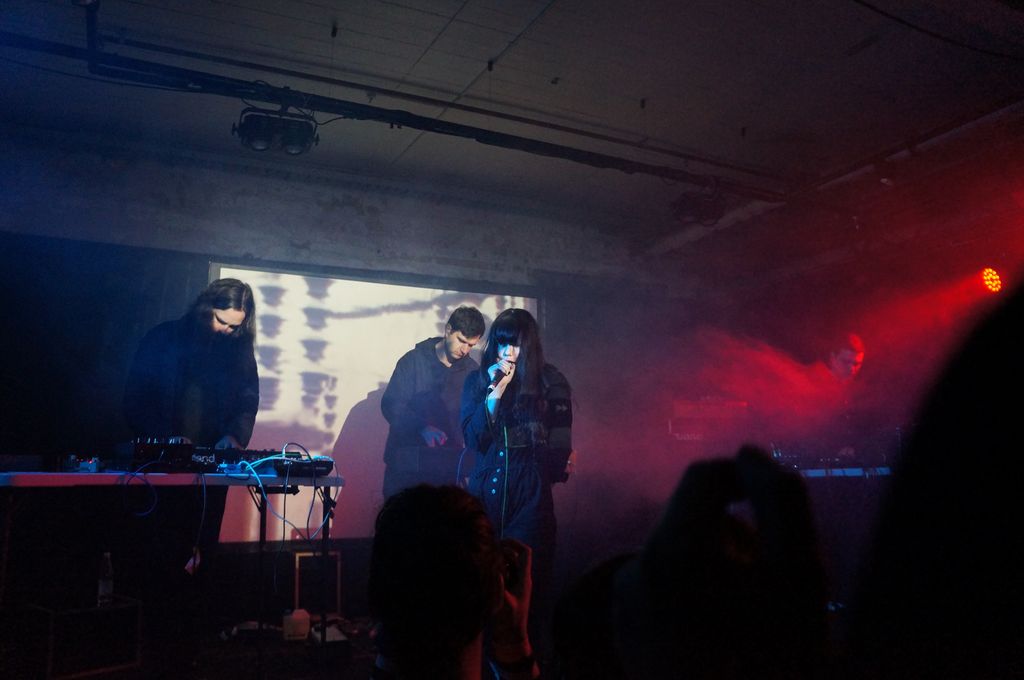 Photo courtesy Label of Love. This image was taken using a DxO ONE a pocket-size camera that pairs perfectly with our iPhones.

The show on 4 July was put together by Aarght Records, a label started by the members of the Ooga Boogas in 2007. Aarght have released thirty-two records, mostly by Melbourne artists.

Whipper began the evening with their high energy frenzied, yet controlled chaos. Next up, Slab Knackers, a hip hop collaboration between old Eddy Current Suppression Ring bandmates Brad Barry and Mikey Young. Exhaustion — known for their hypnotic repetitive dark atonality and breakouts of epic rock guitar and sparse lyrics — had a lot of head-nodding fans in the audience. Time for Dreams offered an ethereal floating soundtrack leading up to the Ooga Boogas, freshly out of hiatus and gallantly allowing installation art/malevolent synth pop Nun to take the headline position. I’m not really sure how to describe the Ooga Boogas, although their refusal to be contained and defined is their schtick, so I suppose in that sense the post-punk electronica surf rock garage sounds made sense. It was a slick event with the six bands keeping to their set times and executing seamless changeovers.

There’s more where these bands came from. View the full series lineup.

Disclosure: The Plus Ones were invited guests of The Shadow Electric.