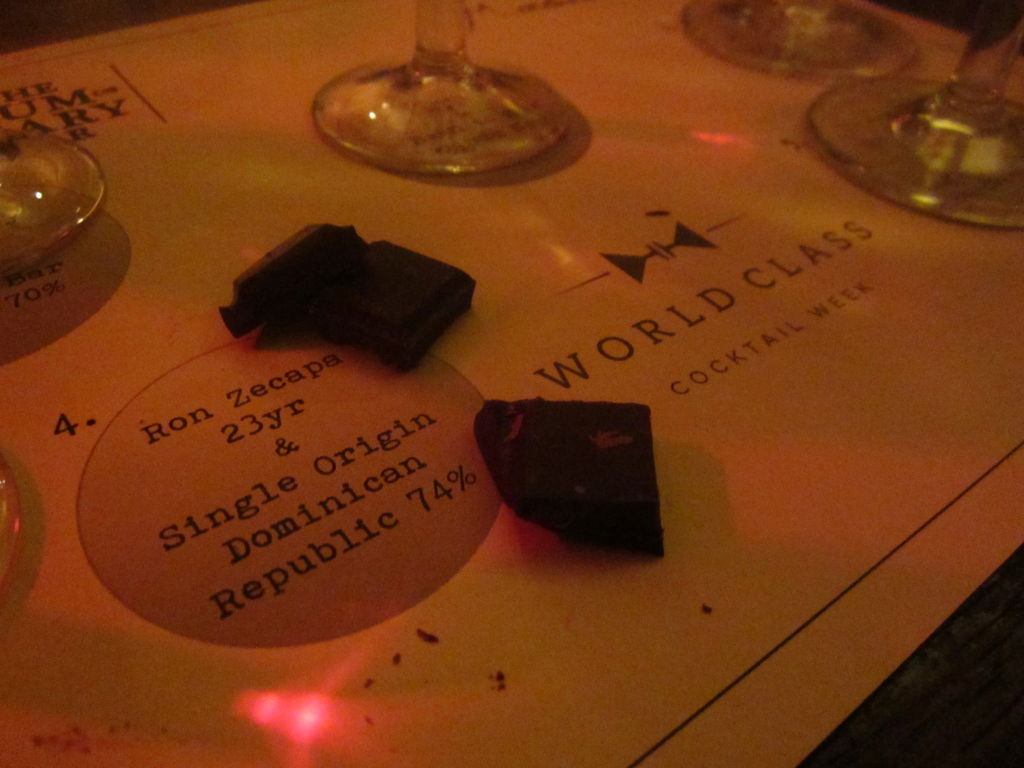 chocolate and cocktails, thanks to World Class Cocktail Week

World Class Cocktail Week put on dozens of jaw-droppingly cool cocktail events in Melbourne and Sydney from 25-31 May. Melburnians could choose anything from a whiskey degustation to a Bloody Mary brunch. The Plus Ones opted for the Chocolate + Rum Experience, hosted at  The Rum Diary Bar alongside Monsieur Truffe.

We began the evening with a refreshing Campari cocktail, then were ushered to a quiet section of the bar for our experience. Upon several tables were all the accouterments of the evening, including the tasting menu. It showed we weren’t just trying rum — we were pairing gin and whisk(e)y with chocolate, too. Nice one, Rum Diary. 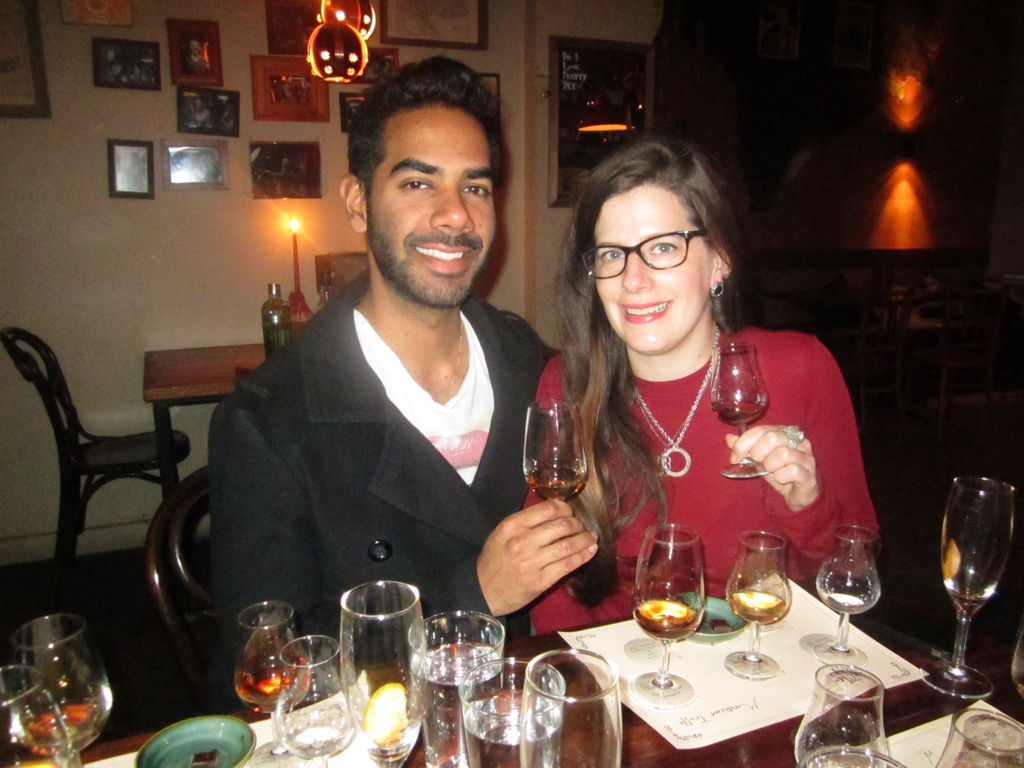 Ruki and I were naive — we nibbled at our chocolate during the first round, convinced we needed to make it last the whole tasting. But no, there was a different chocolate for each liquor. Score! Here’s what we paired:

The chocolates were all divine. As a milk chocolate lover (I know, I know…) I preferred the 65% cacao bar to the others, but they were all perfection. As for the liquors: to say I loved the Guatemalan Ron Zecapa rum, distilled from sugarcane, would be an understatement. I wanted to marry it.

The Rum Diary Bar is a fabulous little space on Brunswick Street, dark and cosy and perfect for wintertime drinks. The bartenders even promised us they specialised in lighting cocktails on fire. I think that’s what they should do for World Class Cocktail Week next year, don’t you?

-Theresa
Co-founder of The Plus Ones and a lifelong learner, Theresa enjoys taking classes on all sorts of subjects. When that just so happens to involve rum and chocolate, all the better.

Disclosure: The Plus Ones were invited guests of Eat Drink Play.