If you’ve never been to the opera before, Opera Australia’s production of ‘Don Giovanni’ is a cracker to satiate your curiosity. Mozart’s two-act opera is based on the legend of Don Juan. Don Giovanni is an unrepentant womanising scoundrel, who goes about town seducing single – and soon to be married – women, and then dumping them after he’s had his way. His trusty servant Leporello, the comic relief, has recorded the 2,000+ conquests in a little black book.

Like any good story, the opera begins with a turning point. In this case, it’s when Don Giovanni duels with and kills the father of one his poor victims. After that, the tension builds with jilted lovers and fervent fiancés until the denouement: judgement day. This is a dynamic and engaging performance. Don’t think you’ll be sitting around watching stagnant singers screeching. The story contains all the elements of a good yarn: drama, comedy, tragedy and comeuppance. And if there’s one thing opera does well, it’s revenge. 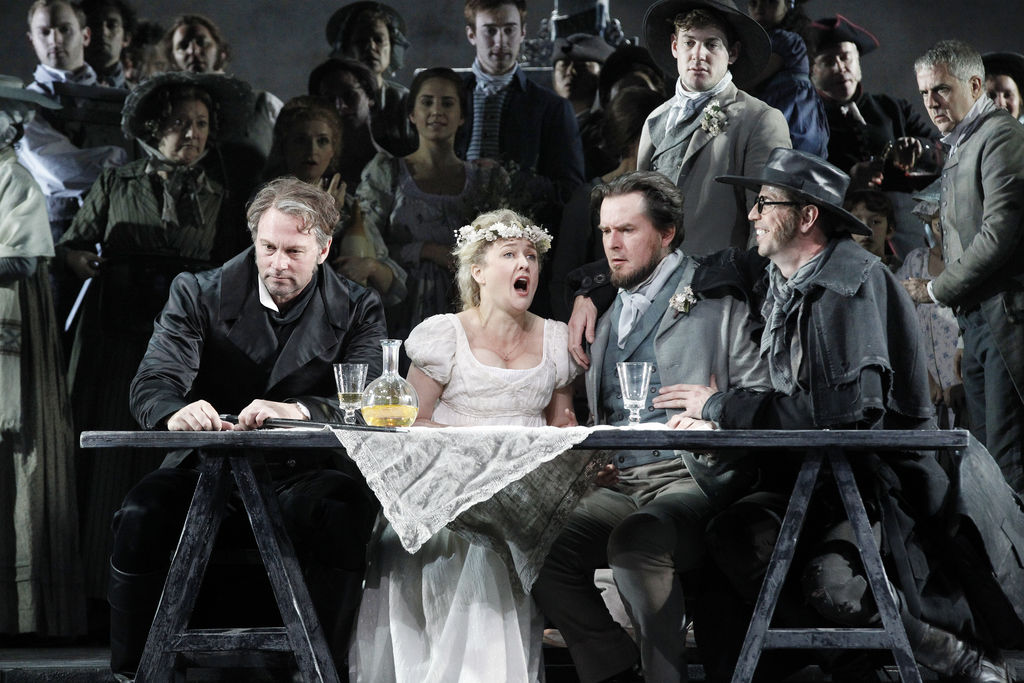 Like any respectable opera, ‘Don Giovanni’ is sung in the language of its original libretto: Italian. But with the surtitles – translations projected on a screen above the stage – you’ll have no problem following the story.

It’s an incredible production, with an amazing set that completely transforms between (and during) scenes. Half the ceiling lowers to become a staircase; the walls shift, changing the open country to a palace; a tomb rises out of the ground; the ground becomes a pit to hell. Together with the costumes, it’s visually stunning.

But the real treat is the music. If you know anything about Mozart, you know he was a bloody genius, and it’s evident from this music. It’s played spectacularly by Orchestra Victoria, and the entire cast is magnificent in voice and stage presence.

In some scenes, a cast of perhaps fifteen people sing in delicious harmony and power, causing what can only be described as an orgasm for the ears. It’s a complete celebration of music and voice, which at times felt like it entered my body and echoed around a bit, leaving me wanting more – like one of Don Giovanni’s lovers.

– Ara
Ara Sarafian is a writer and editor. He’s been published in The Lifted Brow, The Conversation and The Big Smoke. He works as an online editor for the ABC and studies Professional Writing and Editing at RMIT.

‘Don Giovanni’ runs 11-30 May 2015 at the Arts Centre Melbourne. To find out more and book tickets, visit the Opera Australia website. The venue is accessible.

Disclosure: The Plus Ones attended Don Giovanni courtesy of Opera Australia.

Back to school with Alyce Alexandra: cooking up a Yum Cha feast