Motorcycles. Barbeque. The Plus Ones getting photographed for The Age. The Easey Street Smoke Out party was a night to remember. 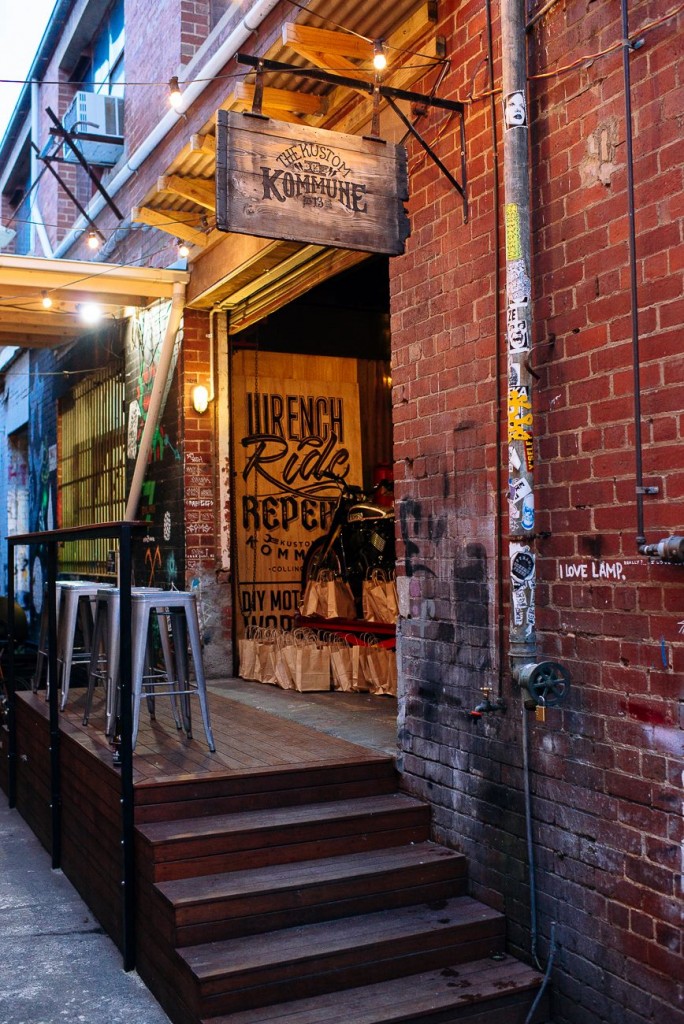 A bit of background: Ironbark BBQ have joined forces with Collingwood motorcycle shop The Kustom Kommune for an epic pop-up barbeque-and-beer joint. Ironbark are the guys behind some of my favourite pop-ups: Trashed, in 2014, and last year’s The Lumberyard at The Workers Club, which made it to the top of my favourite date places. I grew up on pulled pork and barbeque in the U.S. So it’s not lying when I say Ironbark make some of the best in Melbourne.

Scott from The Modern Con and Ruki

The night of the party Ruki and I, and our lucky +1s, feasted on a few selections from their menu. While I missed out on the buns stuffed with delish meat, I devoured several cups full of burnt ends. (As with many things involving barbeque, this is a lot more tasty than it sounds.) Going along with it all were beers from craft brewery 3 Ravens, just up the road in Thornbury. Their beer even made it into the cocktails for the evening, whipped up by the magicians manning the bar. What superb concoctions they made! Ask them to show their skills when you go.

I’ll admit that bikie bars aren’t my usual haunts. And nope, I never watched Sons of Anarchy, no matter how many times people tell me Charlie Hunnan is hot with a beard. (He’s not.) So partying amidst motorcycles — or ‘hawgs’, as I started to call them — was an unusual experience. But I got along with the bikes just fine. (See our Instagram for proof.) Kustom Kommune is a communal motorcycle-repair space, where enthusiasts can bring their bikes for a little tune-up.

I imagine that there are quite a few tattoos in the place on a regular weekday — and after the party, there will be even more. A tattoo artist was set up, skillfully plying his trade on all and sundry. As the party wore on, I wanted more and more to get a tattoo.

I didn’t get a tattoo — but I did get a souvenir. The Sunday Age profiled the party, and The Plus Ones got quoted and photographed! The article is up on my fridge. It’s also to remind me to get my butt back to Easey Street next weekend. Just like you should.