If there’s something worth doing, it’s worth overdoing. Big Gay Ice Cream teamed up with Gelato Messina to create a gelato heaven at Good Food Month’s Ice Cream Social. Their three decadent desserts came dangerously close to defeating even this dessert-oholic. 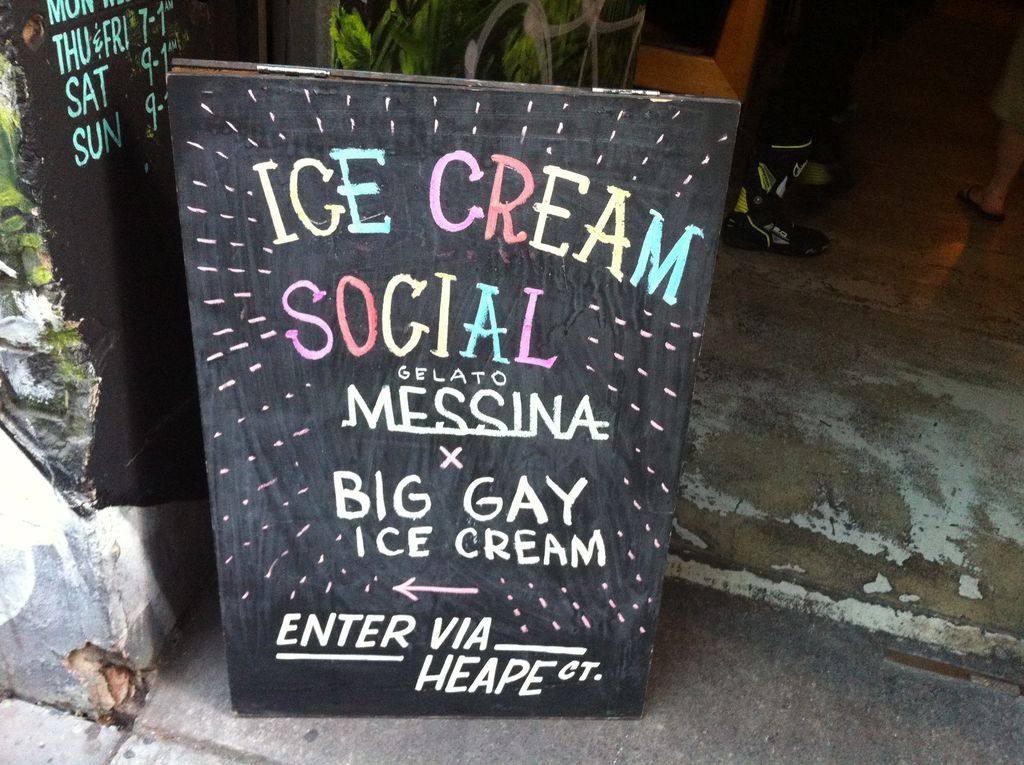 I was thrilled to see a mini version of Messina’s signature Dr. Evil’s Magic Mushroom Cake with dark chocolate gelato and peanut cookies hidden inside a striking red ‘shroom. Next up, the ‘such a fairy’ paddle pop played on childhood memories with toast and butter gelato dipped in rainbow fairy bread sprinkles. A ‘salty pimp’ was also high on my list of things I needed to cram into my mouth at the end of the night. The creamy white vanilla gelato dipped in milk chocolate offered so much satisfaction. 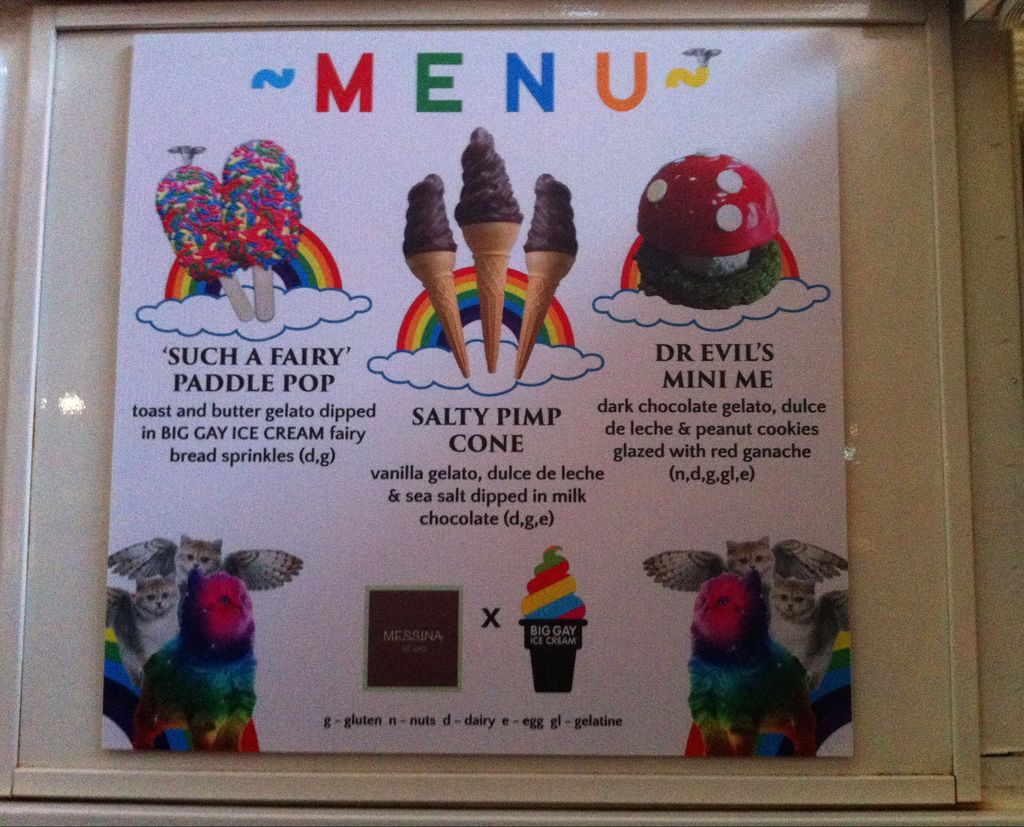 Fortunately 1000 £ Bend served up Coopers beer and Yaumba wine to help us wash it all down. Giant disco balls and rainbow balloons adorned the back space and tracks by CC:Disco filled the air. The bartenders also got into the spirit, sporting the latest sparkle beard Christmas trend. This group knows how to put some adult fun into kids’ party treats. Books by the ice-cream masters were available for purchase and Melburnians were happy to queue for signings and photos with their favourite sugar daddies at this sold-out event.

– Jenny
Jenny Schmidt is an event addict. When she’s not eating all of the ice-cream you can find her sampling the latest craft beer or sipping a creative cocktail.

‘When I Grow Up’ cabaret at The Butterfly Club