We’re all au fait with the Saturday morning hangover: smacking your parched lips like a dazed goldfish while your dehydrated corpse of a former human self entangles itself in sweat-soaked sheets. Well suffer no more, Melbourne public, for I have found the cure: a 2.5-hour gelato appreciation class at Gelato Messina. Hangover, disappear!

Gelato Messina – engineers of nourishing gelato and Willy Wonkas of ice-cream dreams – run gelato appreciation and master classes. Yes, you can go to Gelato Messina and ‘appreciate’ gelato by gorging yourself on a five-course gelato degustation. 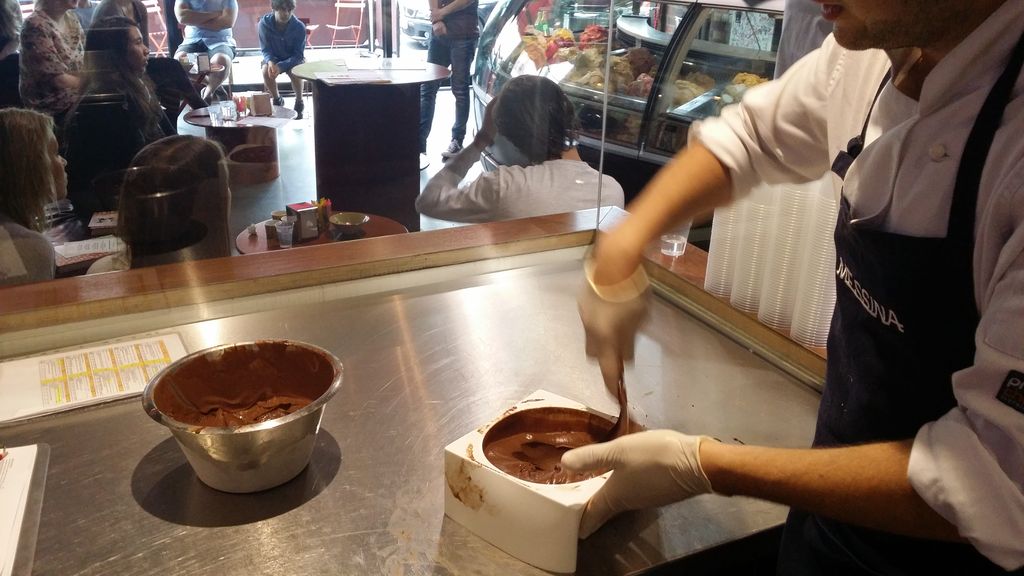 The Gelato Messina class website suggests the 9.30am class in lieu of breakfast. Probably the first time I’ve taken advice about eating ice cream, but solid PSA there, Messina. After coffee on arrival, awaiting you is an exclusive gelato degustation menu and a take-home copy of the Gelato Messina recipe book. Bam. You’re also inside their Fitzroy store, so overlooking you are the Messina gelato chefs, stealthily whipping up creamy concoctions behind the kitchen glass like enigmatic gelato ninjas.

After a history of gelato and Messina, head chef Simone makes gelato and treats you to ingredient samples. Messina ninjas meanwhile are busily crafting your individual plates. How about honeydew parfait with caramelised pumpkin seeds and prosciutto for breakfast? This isn’t gelato in a cup; it’s gelato architecture. 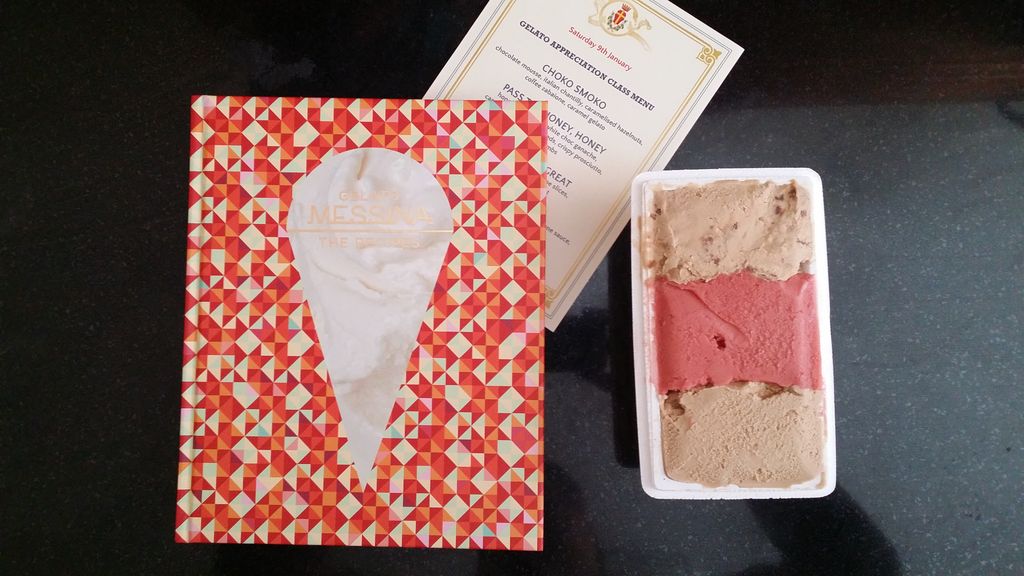 Three things for certain though are flavour balance, presentation, and pride in every piece. My +1 and I also got to jump in the kitchen and help make their famous ice cream mushroom cake. Then later you eat the thing. After your final course, treat yo’self to unlimited grazing of the Messina gelato range and a take-home tub of your choosing. Yeah.

If you’re a Messina, gelato, or simply dessert lover, get onto this. Hugely popular, so don’t think twice.

–Matt M
Matt M. is a mad scientist by day and beer connoisseur by night. When he’s not devouring a new set of craft beers you will find him in a dankly lit room plotting his approach at the next alcohol-related festival.

Join the Gelato Messina mailing list to book your spot. Next classes go on sale in March for the May–August period.

Disclosure: The Plus Ones were invited guests of Messina Gelato.