Brunswick Street’s bar scene was already eclectically wide-ranging, and it just became even more so with the addition of much-anticipated late-night party spot Glamorama. A whole posse of The Plus Ones writers were invited along to the grand opening party to see what all the hype was about. 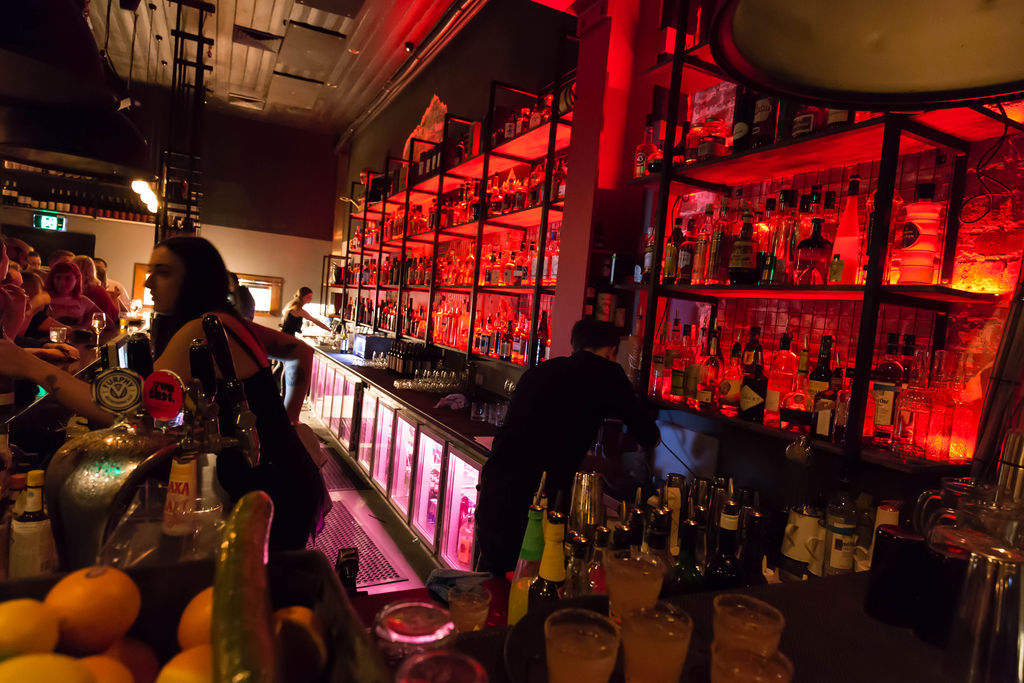 The space was once home to grungy nightspot First Floor, though the Glamorama team, who are the same behind South Yarra’s Less Than Zero, have given it a rather impressive makeover, of which I’m very much a fan. Now, when you climb the stairs at number 393, you’re greeted by a lofty, open space, with exposed brick walls, plenty of generous booths, and tall windows overlooking the Brunswick Street hustle and bustle below.

Our opening night festivities began with bubbly, cocktails, and canapés, sliding into heavier late-night revelry as the evening wore on. That’s essentially what Glamorama is all about: early on, it’s a prime spot for casual dinner and drinks; later, a thumping party destination. 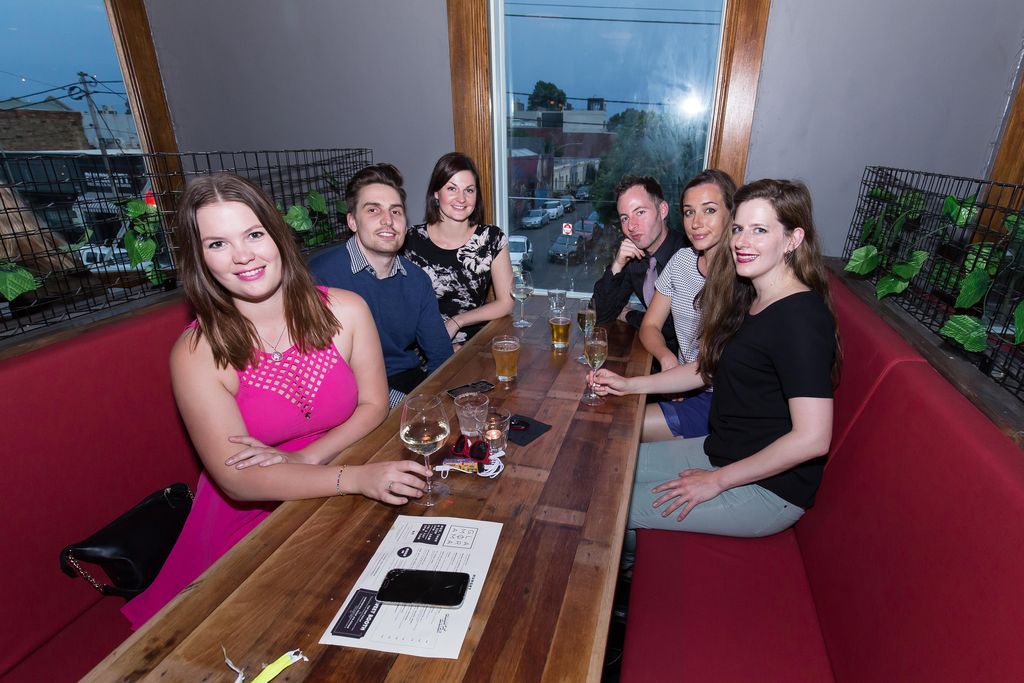 The Plus Ones writers – photo courtesy Zilla & Brook

The menu here is all kinds of fun, even for plant-eaters among you. It ranges from smaller Glam’A’Snacks – like vegan croquettes and botox pies – to larger belly fillers (think: fried ham hock and crispy skin ‘Chicken Tits’). As the rest of Team TPO can surely attest, this great is drinking food, matched perfectly to a few vinos or crisp beers. On tap, you’ll even find an easy-drinking house brew called ‘Lager-rama’, though I stuck with an old favourite in the Feral Hop Hog. 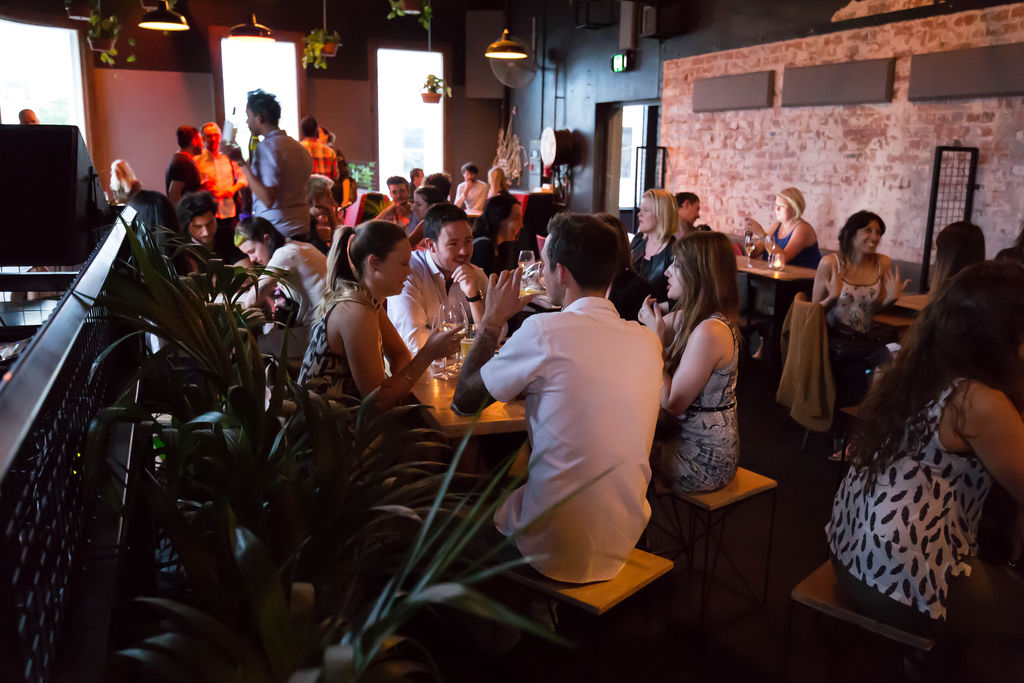 As the night matures, the drinks list comes into its own – a hefty line-up featuring creative cocktails, sharable jugs, and plenty of spirits. Plus there’s a whiskey selection that includes the country’s largest range of local labels. A dancefloor appears where dining tables were before, pulsing to disco, house and techno tunes.

All that should keep you going well into the wee hours, which is lucky, because Glamorama boasts a 5am licence on weekends and is open till 3am other nights. I’m definitely putting this one on rotation for late-night shenanigans this summer.