‘Someone like Thomas Banks’ is a warm, personal show that takes you on ride into the travails of becoming your own self despite the challenge of physical disability and sexual difference.

Prepare to be welcomed into a very lively personal theatrical experience via intimate reflections. Tom takes the audience along his journey to selfhood as you travel on a train ride with him from his hometown of Geelong to Melbourne.

25-year-old Tom Banks, a young gay man who also happens to have cerebral palsy, reveals the dramas of a young person whose passionate quest for life and love provokes a range of reactions across various communities. He reveals the flaws in both the gay dating scene and the limiting values of the schoolyard; in the worlds of parents, carers, advisers, the medical world; and finally in the online dating community, as he travels on his quest to be 100% himself.

Presented with punchy humour and a confident performance persona, Tom interacts intimately with his audience. It feels like he has his own talk show. He incorporates a progressive multi-modal presentation to create a very contemporary work — you feel like you have been invited into his world for an intimate heart-to-heart chat. 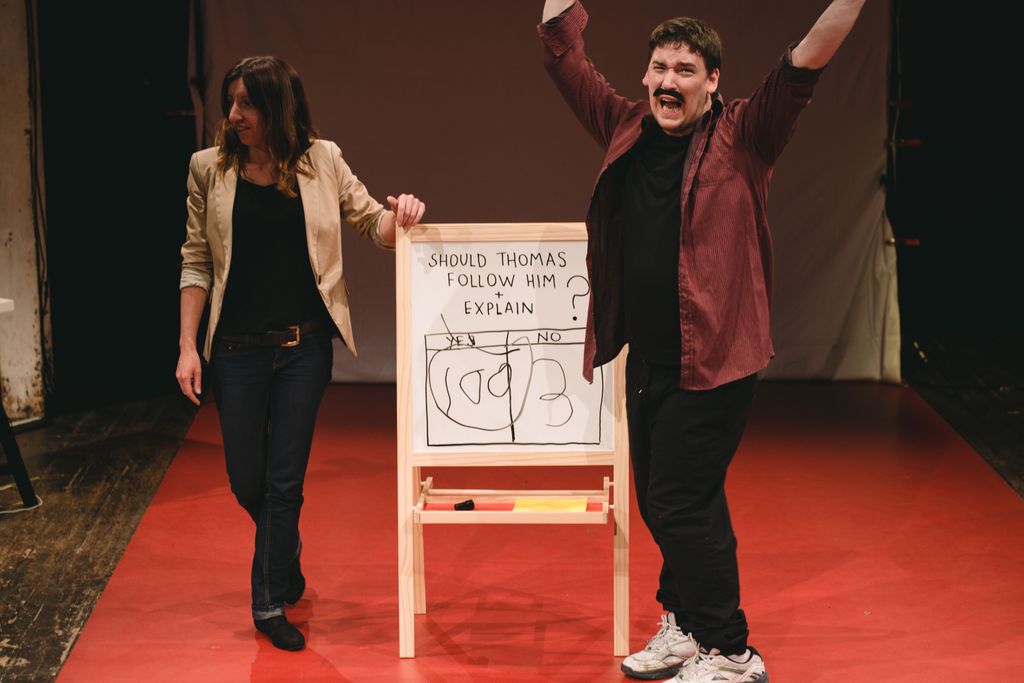 Through inventive narrative and pacy split scenes, he touches on challenges he faces both a ‘dis’-abled young male, and as a gay-identified person seeking intimacy and love beyond the conventions of casual hook-ups and hedonism. He yearns for something more – real love and real intimacy. His coming of age tale shows the slings and arrows he’s withstood to be the person he is today: a skilled professional and a community/ability advocate.

When his character sings Adele’s hit song ‘Someone Like You’, it is a cry as much to his own self as to the imagined lover he yearns for — as well as showing that accepting and expressing who you really are is one of the greatest loves you will ever know.

Tom will travel and make many new friends in his regional tour next year. The kind of friend you need when you know you aren’t like anybody else, just someone like you.

– Sarah
Sarah, a Melbourne-trained dance graduate, is interested in alternative theatrical expression, community inclusion, and Shakespeare, who has a flair for quirky concepts as an aid to enlightenment via culture.

‘Someone like Thomas Banks‘ runs 31 October until 8 November at at Fortyfivedownstairs, 45 Flinders Lane, Melbourne. The show will tour nationally in 2016. Purchase tickets now.