There are a number of beer festivals around town these days: Ballarat, Geelong, Great Australian Beer Spectapular, Good Beer Week. And I’ve been to most of them. Somehow, though I have never been to the Melbourne BeerFest. I hadn’t even heard about it. What a horrific flaw in my event-finding processes that this event has flown under my radar for so long. [Edit by Theresa: Don’t worry, Ruki, it’s part of the Melbourne Food & Wine Festival, and it’s the first time they’ve held it!] To be fair, it’s held in Flagstaff Gardens. I have passed Flagstaff gardens many-a-time but I have never actually ventured into the surprisingly pleasant surroundings. It’s no Fitzroy or Carlton Gardens, but a worthy venue for the event.

The event promised a lot: over 20 beer and cider companies, a day of music and general lounging.

A fellow beer lover and I kicked off festivities at 3pm and quickly realised that pots were a bad idea. Particularly as I aimed to get through the whole roster of amber goodness before the evening was out. The pourers were quite generous with the tastings and we settled in for the long haul. 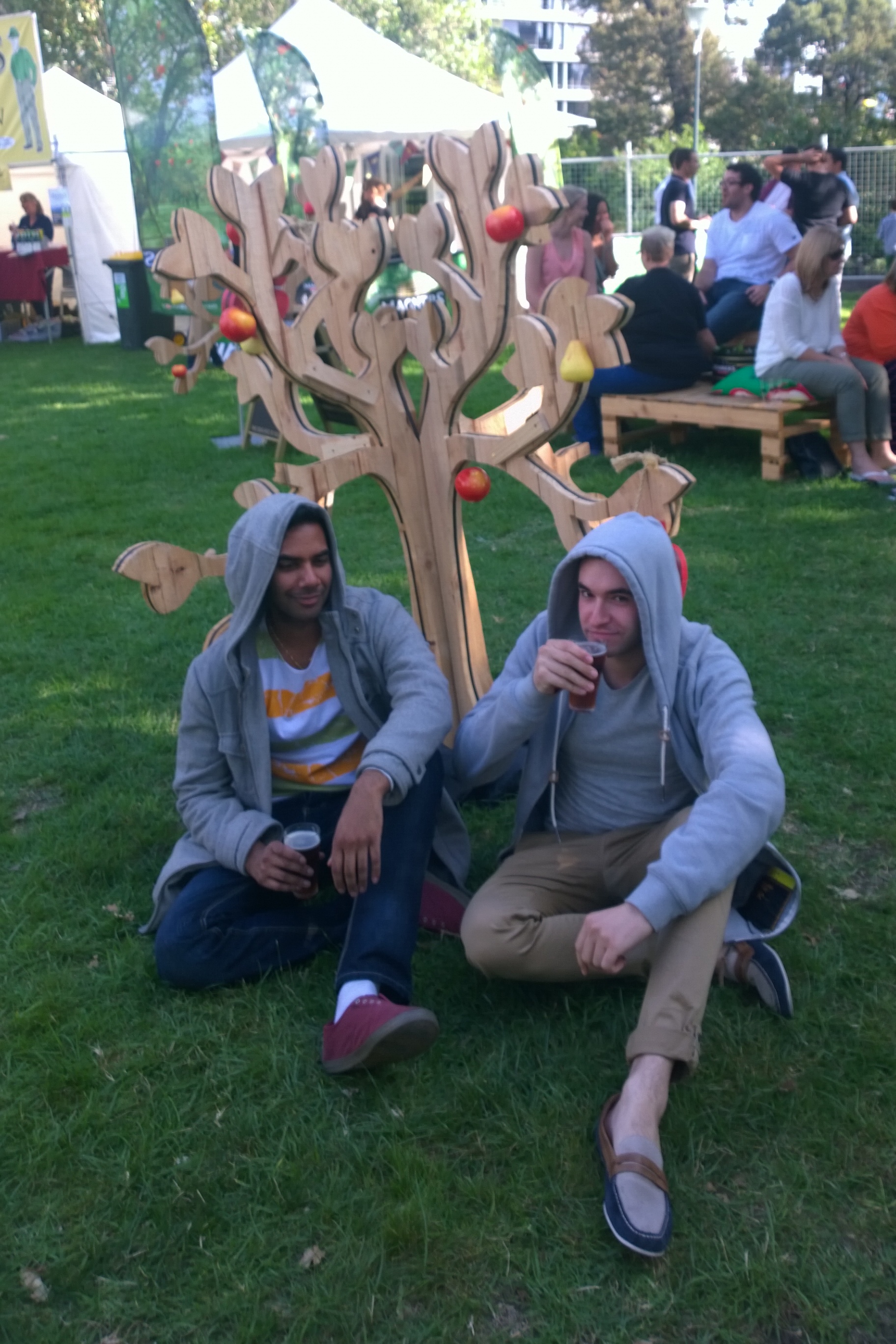 There were two standouts for me. The team at Bright Brewery and Holgate.  There were a few new brews from some of the established players and James Squire turned out a smashing new ale, The Constable.

The other hit was the playlist. There was no shortage of pub favourites being belted out by several bands over the course of the evening. These crowd pleasers had been given strict instructions and one hit followed the other until our voices were harsh. Unfortunately one band did play some INXS. This planted the seed for 2am street singing in Fitzroy which may have displeased the neighbours or those unfortunate souls at the souvlaki joint.

What To Do At Moomba