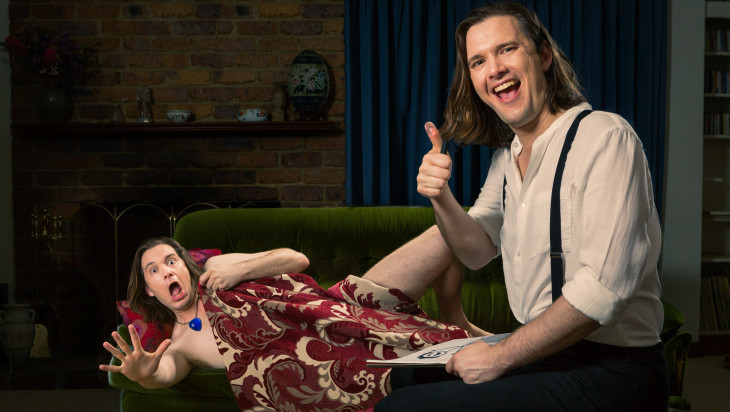 David Massingham is becoming a popular name circulating around the Melbourne sketch and improvised comedy arenas over the last few years, and with good cause. Massingham’s show, ‘Sketch Me Like One of Your French Girls‘, is a prime example of how intellectual sketch comedy has always been a successful comedy venture if written and performed by somebody extremely competent behind the magic. David Massingham is beyond such a staple level for success, and this show is a treat for those fans of old-school sketch comedy who are ready to see it re-invented for 2018.

While the show does have its odd silly and absurdist moments, a popular and (personally likeable) strength for many other sketch comedy performances, Massingham’s show stands out phenomenally by the actual writing that has gone into it. The show is very character driven; with set monologues that are birthed from a gifted comedy intellect, and refined through inarguable experience and honed theatrical engagement.

The sketches present are not of the archetype that reflects the performer in their own guise delivering a punchline; it is Massingham’s commitment to each character that successfully becomes the vehicle for each comedic moment. It is natural and truly comfortable, with even the audience participation feeling like the performer is guiding you towards the contribution of the communal success of the show, rather than being made to feel uncomfortable, or a target for some comedic pay-off.

‘Sketch Me Like One of Your French Girls’ is a rare, beautifully crafted, expertly delivered, ultimately clean sketch show that is a delight to witness. Massingham is surely on the road towards some deserved accolades for providing us with something fresh for this year’s festival, using comedic values from a golden era, and delivering such hard work with aplomb.

David Massingham – Sketch Me Like One of Your French Girls runs from the 27th of March to the 8th of April, 8pm (50mins) at Tasma Terrace. Purchase tickets now.

Disclosure: The Plus Ones were invited guests of David Massingham.

Arj Barker at MICF says We Need To Talk