The Yarra Valley is home to some of the finest food and drink in Victoria, and now you can get a taste of it all without leaving the shores of the Yarra River, Southbank. Yes, it’s possible! You don’t have to drive an hour to experience the best of the Yarra. General Assembly South Wharf has brought the region’s best food and drink to Melbourne for a weekend of foodie fun and festivities.

Eat the finest free-range steak, sip on crisp and cloudy locally produced apple cider, all whilst taking in the stunning Melbourne skyline and Yarra River views. This is one experience you don’t want to miss!

We were invited to partake in the first Yarra by the Yarra weekend. The General Assembly arranged an action-packed weekend with wine and cider tastings, live music, backyard games (like giant Jenga), and a bespoke Yarra Valley menu. The perfect way to wind down on a Sunday afternoon.

Cocktails from Four Pillars Gin, wines from Punt Road, Payten & Jones, and ciders and beer from Napoleone Brewery, and Hargreaves Hill Brewery, were just a few of the drinks on order! The biggest challenge was deciding what to order! 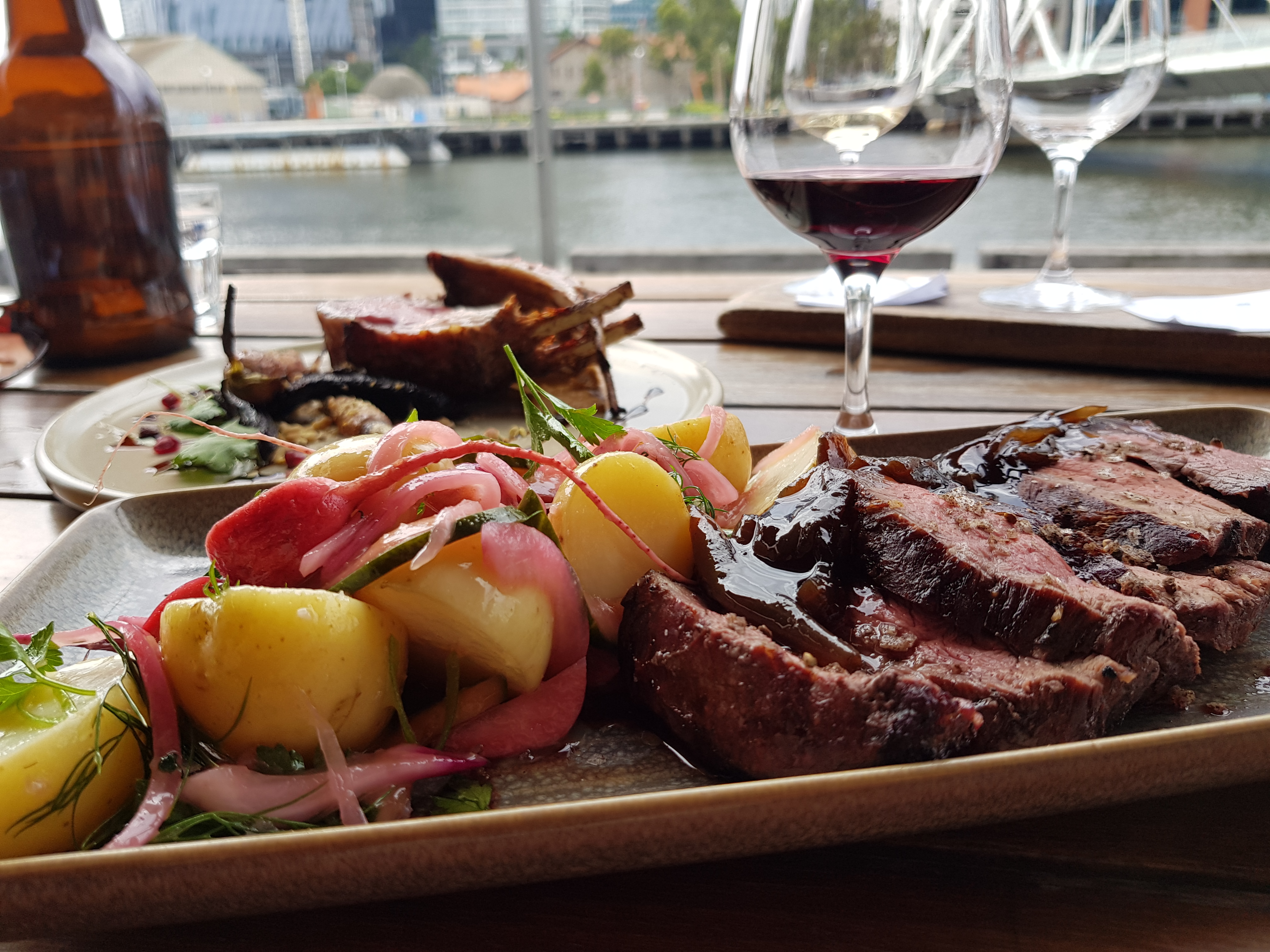 Medium rare rump steak from The Little Cattle Creek Co was my first go to. Slightly chargrilled on the outside, glazed with a sweet and tangy sherry and onion jam.  Juicy and soft inside, the steak is sliced to perfection, and is served with side pickled potato salad. We also ordered the eggplant chips from the General Assembly’s regular menu; crispy fried eggplant strips drizzled in blue cheese and burnt honey – addictive is an understatement.

For those with a lighter appetite, or looking for nibbles with a few beverages, the Yarra Valley dairy platter is a good option. A picturesque assortment of local cheeses, muscatels, black sesame lavosh, and Syrian fig jam. Perfect paired with a flight of wines from Punt Road, or ciders from Napoleone.

– Ember Mitchell
Ember is an American turned Aussie. Her love affair with Melbourne goes back five years, and she still can’t get enough of this city! Discovering new hideouts and hidden gems around Melbourne is her hobby. Marketing Strategist by day, spontaneous adventurer, brekky enthusiast, and aerial acrobat by night.

Yarra on the Yarra brings local produce, wine, and beer to the banks of the Yarra River at The General Assembly South Wharf.

Disclosure: The Plus Ones were invited guests of Zilla & Brook PR
Photo credit: Ember Mitchell & The General Assembly