As a Plus Ones contributor, I regularly write about how lucky we are in Melbourne. Adding to that list of special experiences is Melbourne Theatre Company’s Australian premier of The Father. John Bell’s performance (of Bell Shakespeare fame) is outstanding. He plays the role of André, a man in his eighties suffering from memory loss and trying to make sense of the odd changes happening in his flat. Bell creates an engaging portrait of a man struggling with loss of control and personal autonomy. His character is charming, funny, stubborn, infuriating, and touching. As viewers, we are sympathetic to both André and his daughter Anne, who has taken on the task of looking after her father. 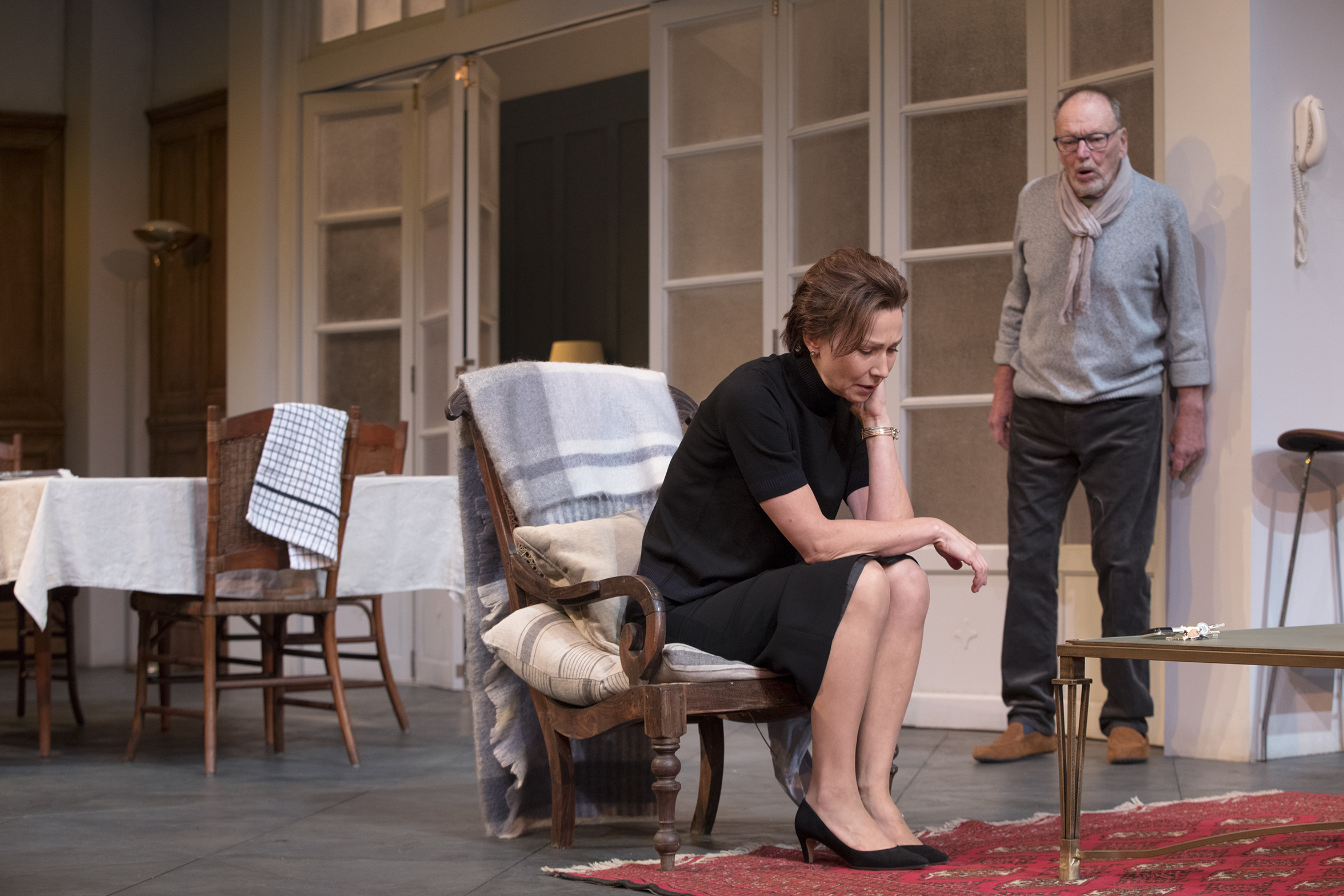 For those familiar with MTC’s programing, it will comes as no surprise that the main characters are white, middle-aged, and wealthy middle-class. (Of course, a cursory glance around the theatre will show that this plays to a vast majority of their demographic.) However, the humanity of The Father is universal. We are all faced with the impending certainty of our own bodies and that of our loved ones weakening with age.

The talent behind the scenes deserves recognition as well. Once again, the set design is on-point. Alicia Clements’ set incorporates subtle changes throughout the play to bring us into Andre’s world where things seem familiar, but are just a little bit off. Playwright Florian Zeller was labelled as ‘one of the hottest literary talents in France’ by The Independent. Zeller’s script combined with Damien Ryan’s skilled direction provides a strong foundation for the actors to work their magic on stage. Executive Director Virginia Lovett calls Bell’s performance ‘one that will stay with you long after the curtain comes down.’ Agreed. The Father is a show worth seeing.

Disclosure: The Plus Ones were invited guests of MTC.

Stakes Day at the Melbourne Cup Carnival 2017: straight from The Birdcage

Learning the Art of Calligraphy at CalliCon 2017