Ghost Host are the experiential purveyors of ‘vorfreude’ – the intense anticipation that comes from imagining future pleasures. This word is so, so apt when it came to their marquee 2017 event, Hallowine Decadence & Decay. I was so, so excited for an entire month at the opportunity to be present at their immersive wine cellar Halloween extravaganza.

Hallowine is set in the Mitchelton wineries about one and a half hours north of Melbourne. The venue is picturesque and is now host to its own on-site accommodation. The Mitchelton team, led by Jayco Caravan owner, Gerry Ryan, is hoping to turn Mitchelton winery into a hub for the region with many more events planned in the future.

Our adventure wasn’t set to be experienced above ground though though, Hallowine occurred deep within the wineries bowels. We arrived as the sun was setting and met some of our fellow Hallowiners. People go all out for this event. I’m talking Victorian style dresses and wigs, leggings, buckles – the works! After a couple of cheeky Mitcheton shirazs, we followed a flaming trumpeter into the labyrinth below (yes a flaming trumpeter). 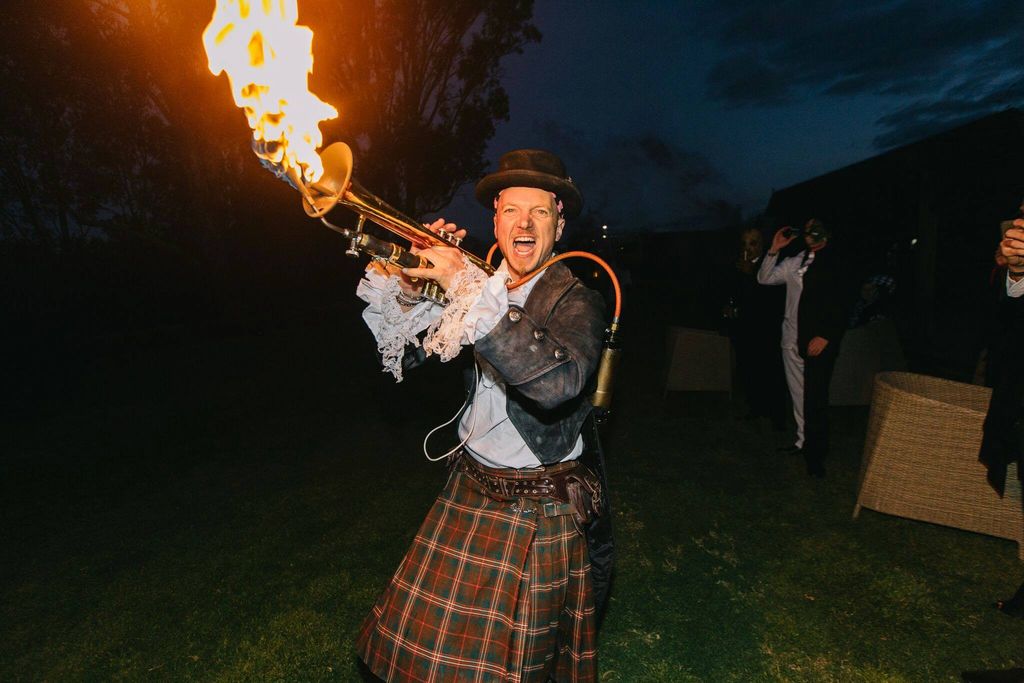 It was decadent. A feast was laid out on a long table before our eyes. Candles were lit and we felt like we were a part of some sort of secret society. Lashings of salmon, pork, canapés, a cheese platter for the ages. 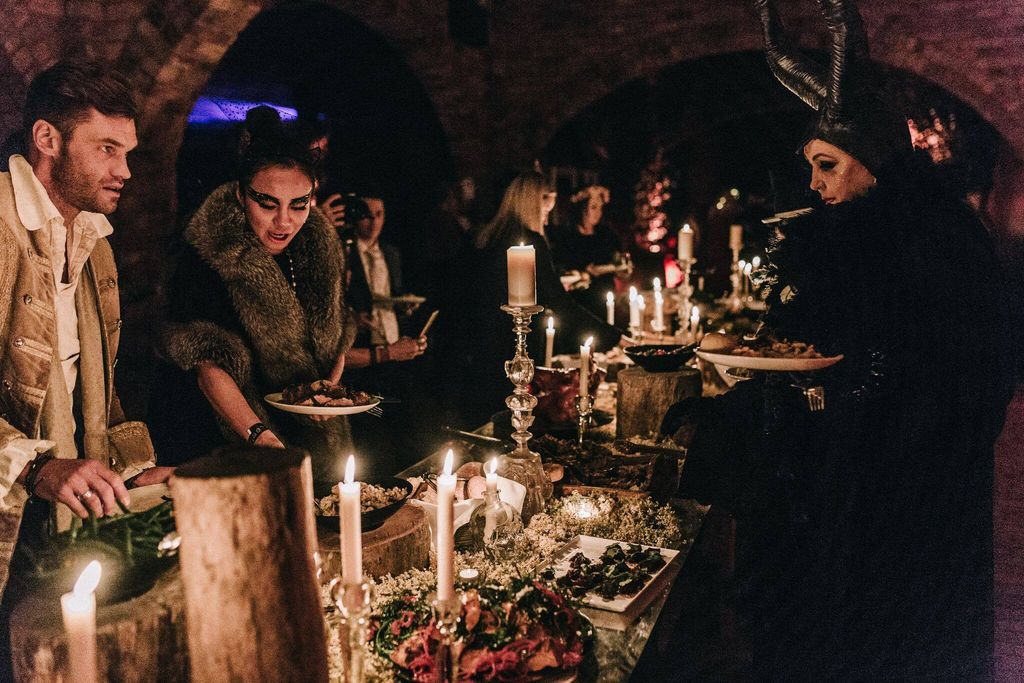 After hearing a fabulous live act, a second area opened up and we were moved along in our cellar labyrinth experience. The second area was special. It was intimate and classy. A space where a tenor held our attention as the piano struck tunes. We were all mesmerised by the beautiful experience and left wanting more. 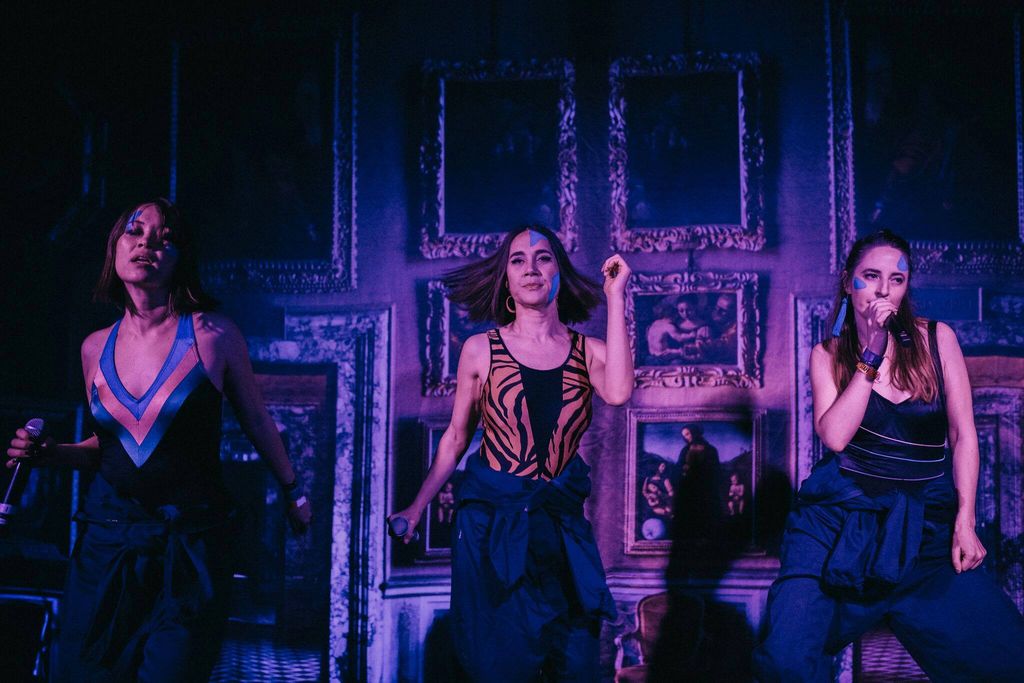 Finally a third area opened up. This final space fit the mood perfectly as it was a DJ set that had us all moving along in our wine-induced state. The decorations were a complete contrast to the previous two areas and everyone was letting loose. The people that attend this sort of event are people that you want in your lives. Friendly, outgoing, willing to do something completely different. 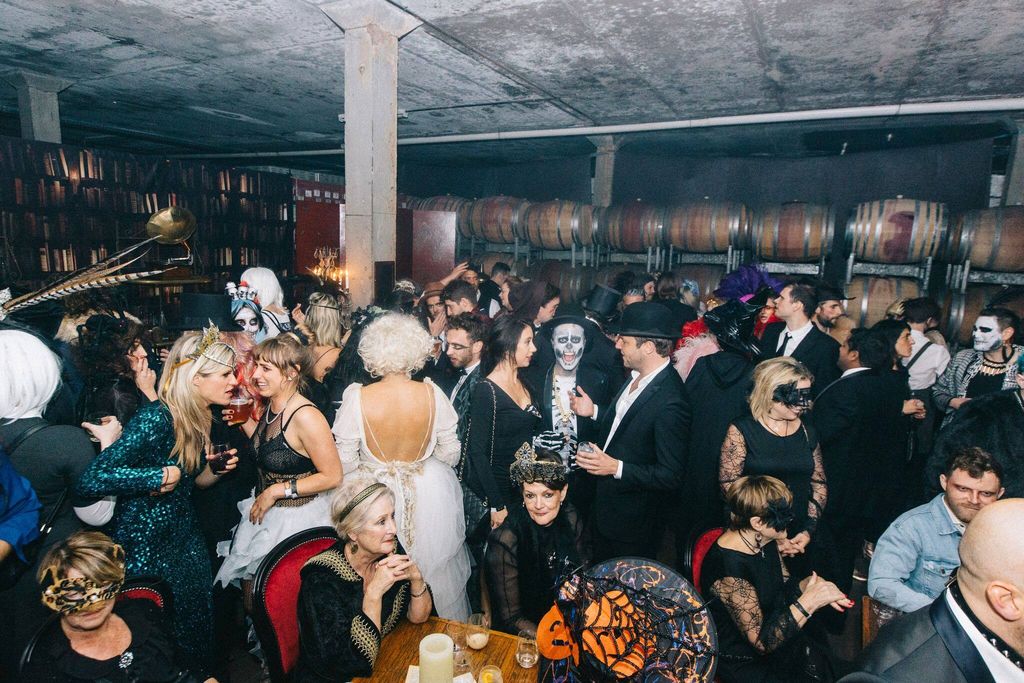 I can safely say that Hallowine is an immersive experience for the senses. I can only imagine the logistical effort that goes into creating an experience like this and I hope that the team is able to do it again. The value for money across a six hour all-inclusive event is astounding and I wish we had more of them populating the year’s calendar.

Disclosure: The Plus Ones were invited guests of Ghost Host
Image credits: ??

Overlook Café-Bar at the Astor Theatre