‘Where do the spirits go when the waters rise?’

This question sits at the centre of Western Edge Youth Arts‘ adaptation of Shakespeare’s wondrous play set on an island, The Tempest, which six performers from Melbourne’s West have reframed as climate change critique in ‘Caliban Street‘. This is not one you want to miss if you are keen to know what the what the youth of today think about their tomorrow.

Shakespeare’s Tempest is laden with rich literary treasure waiting to be rediscovered. The cast dive deep, full fathoms five, to find the bounty at the heart of this play about love, redemption, and emancipation. Executing this artistic splash with great acting skill, what is unique about this telling is the interweaving of their personal stories within the traditional story. 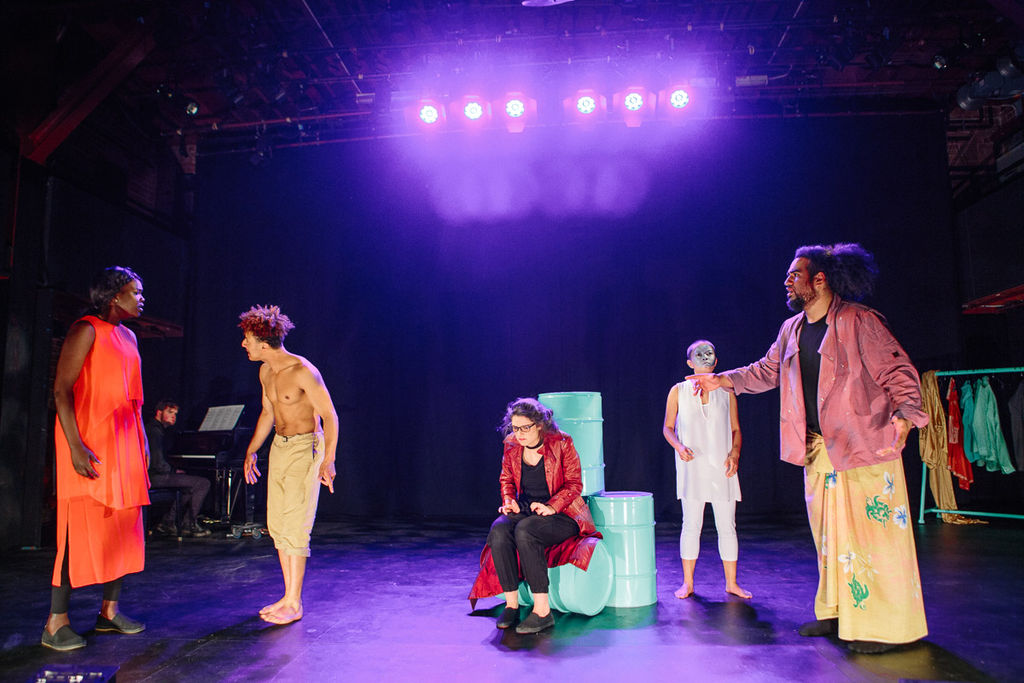 The cast feature people with backgrounds from Afghanistan, Samoa, Vietnam, and Africa, amongst others. Working with Western suburbs youth for over 20 years, Western Edge Youth Theatre’s premise is to engage culturally-diverse youth in theatrical practice. The company enables them to draw on their varied cultural heritages to develop themselves, the ensemble, and to build community.

Seeing non-Anglo faces on stage (and in the audience) was a thrill. Not only was the difference engaging — and reflective of Shakespeare’s London — it reflected Australia as it really looks today. It shows how rich our national stages could appear, but rarely do.

On a bare space, adorned with a few aqua-painted used oil containers and a Savers clothes rack, the cast use text and gesture to ‘dress’ their telling. It’s like the street theatre of old. They use mime, gesture, accent, and impersonation. Leaping about, the actors incorporate acrobatics and dance to bring all the elements of this magical fable to life. Vocally, the draw on their different nationalities to add to the rich patois in this multicultural retelling. 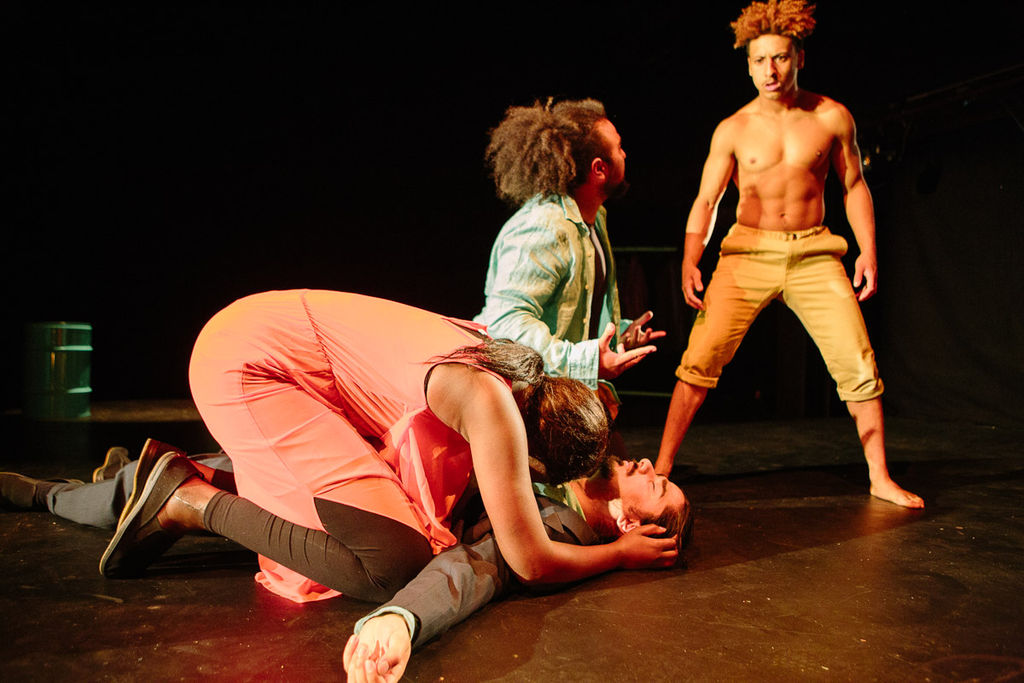 All the classic characters from the original play are seen. Oti Willoughby seems made for Caliban. Achai Deng as Miranda is graceful and commanding, yet moves us with her recollections of her homeland country Sudan and the village she longs to revisit. Hers is a rich singing voice the equal of any American pop star. Ferdinand and his offsider Trinculo bring cultural mores from Samoa and Afghanistan as source influences.

The coup of this play is the reinvention of Ariel as a creature of artificial intelligence, with her ability to speak prophetically and to be able to receive communications transmitted across the globe. With her silver-painted face, she speaks in robot-speak. She calls for her release from Prospera, the magician who controls the weather, and ends the play with those famous closing lines ‘our revels now are ended…’ 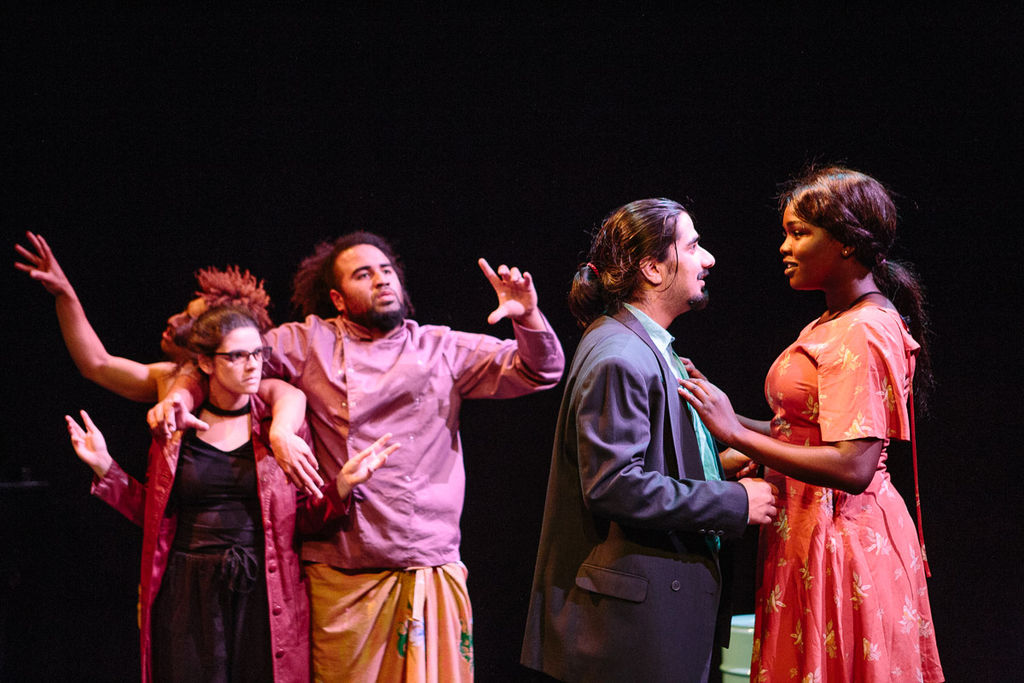 This contemporary version melds worlds across centuries. Though ‘Caliban’ was first shown in 1611, it feels utterly relevant. Questions of caste, identity, and human rights still resonate. They are, after all, part of our own national treasure, this island home where many people have washed ashore. As in the play, we are all global citizens who will, one day, be at the mercy of the climate.

Disclosure: The Plus Ones were the guests of Starling Communications.
Image credit: Nicola Dracoulis.

The Women’s Circus performs ‘The Penelopiad’