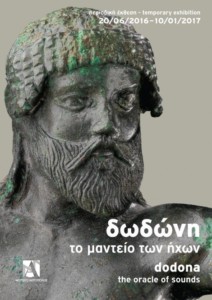 The Acropolis Museum started in 2015 a series of temporary exhibitions displaying important ancient artifacts, deriving from significant archaeological sites of the Greek periphery. The Museum’s goal is to present unusual subjects that will intrigue the current visitor and at the same time urge him to visit the places the exhibits originated from.

The second exhibition of the series concerns the Oracle of Dodona and it lasts until 10 January 2017. The exhibition aims at providing wider knowledge about the oldest Greek oracle, tracing the way it functioned, its role and importance in the ancient world, and at the same time showcasing the human need to predict the future.

View all posts by greece →