Walking in to the theatre in the old Trades Hall building in Carlton and seeing the striking set for the Project Hysteria production of the plays ‘Pretty Trap’ and ‘Interior: Panic’, my plus one and I knew we wouldn’t be disappointed. Tennessee Williams wrote both one-act performances, cunningly amalgamated into one show by the creative crew from TBC Theatre and running as part of the Poppy Seed Festival.

Precursors to Williams’ most famous plays ‘Glass Menagerie’ and ‘A Streetcar Named Desire’, each explored subjects close to my heart. When character Mr. Delaney from ‘Pretty Trap’ leapt up on the table and exclaimed, ‘The world is waiting for the sunrise’ [of the determined dreamer], I was totally sold. Mr. Delaney’s intentions weren’t that pure, however, when it came to Laura, the ‘pretty trap’. Her fragility and vulnerability was explored through some powerful symbolism supported by some appropriately chaotic musical accompaniments.

Whilst the first act was passionately played out, the characters from the second occupied sections of the stage and writhed about in mutual agony at their torments. ‘Interior: Panic’ leapt into life and introduced us to some familiar ‘Streetcar’ characters. It was compelling in its treatment of Blanche’s growing mental illness, its tragic instigators, and the conflict it creates in the house. 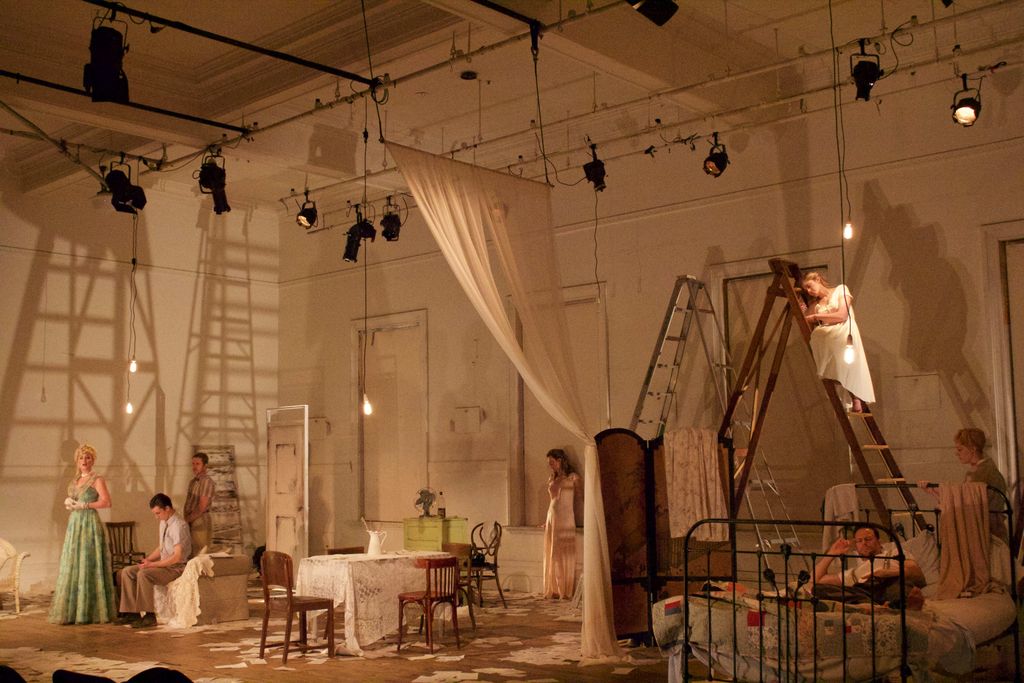 The production itself was captivating: the set was striking, with its little details like the blank newspapers the characters read, flowers with no buds, the pages of old books strewn over the floor like a carpet. Lighting (by Daniel Chapman) created the most eerie shadows all over the walls, looking shattered and erratic through two ladders (representing other rooms) that dominated the stage.

There were captivating performances all round from the cast: Trudi Boatwright, Luke Cadden, Damien Harrison, Annie Last, Fleur Murphy, Eddie Orton, Vaughn Rae, Jessica Redmayne. This one isn’t to be missed.

– Ruth
Ruth Saxon is an arts student who is currently busy establishing her accessories label in Melbourne after moving here from Perth (all roads…). She enjoys Pavlov’ing over fashion she couldn’t possibly hope to afford and sampling all that Melbourne has to offer in food and drink (and music and art…Melbourne huh!?).

‘Project Hysteria’ runs 10-22 November 2015 as part of the Poppy Seed Festival (10 Nov-13 Dec 2015). Purchase tickets now.
The venue is wheelchair accessible and there will be an Auslan interpreted performance on Sunday the 15th of November at 4pm.