The Rum Diary Bar in Fitzroy has a dream: to bring their spiced rum to the masses. They’ve already been serving up their special concoction in their bar, to great acclaim; and they’ve quietly been putting it on shelves. But they want to go bigger, they need all of our help.

Bar owners Hamish Goonetilleke and Suze Macrae are putting it all on the line with a crowdfunding campaign. They aim to raise $22,318 by November 9th, so that they can expand production. And stop getting their labels printed at Officeworks. 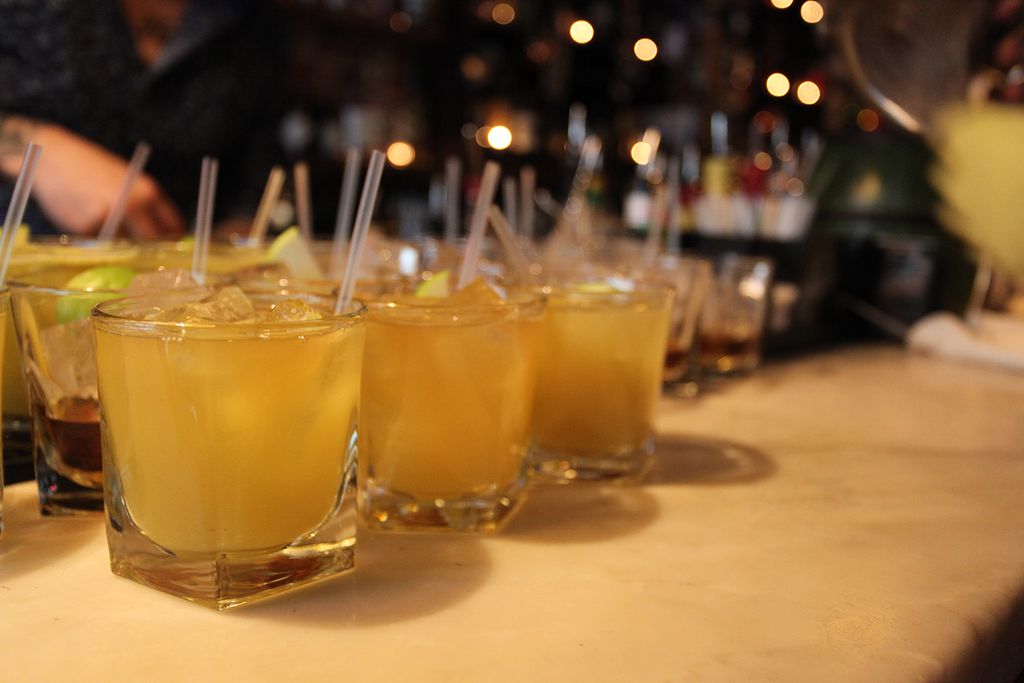 My +1 Tomas attended the media event — a little sneak preview of the brand. Seated at the wooden tables in their cozy bar, we started off with a blind tasting: a well-known brand on one side; The Rum Diary’s on t’other. One smelled of artificial vanilla and left a slight burning sensation; one was a beautiful balanced spirit. Guess which was The Rum Diary’s? (We all guessed the correct one, too. Whew.)

Their rum base comes from Trinidad & Tobago, one of those little Caribbean countries you’ve never heard of, and no double the home of rum-soaked pirates in days of yore. They ship it over and add a special spice blend of dozens of spices. Our test: to sip their rum while trying to name as many spices as we could in three minutes. I’m proud to say that I tied at our table for best guesses (along with Joanne of My Second Helping and Sarah of Drink Melbourne). Hamish shared a few of them — white pepper, vanilla — but kept a few up his sleeve. It’s a secret spice mix, people. 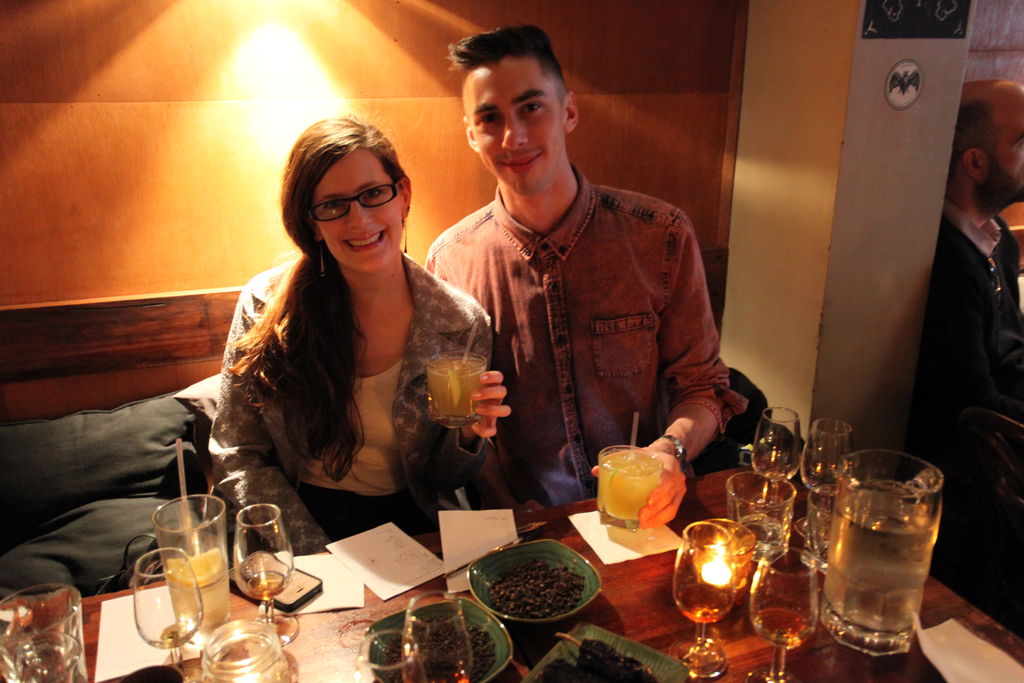 Up till now, they’ve been recycling bottles, pulling off labels by hand, and sticking on the aforementioned Officeworks-printed labels. The Pozible campaign will help the Rum Diary team get better gear, so they can make more rum, which you will be able to buy more places. But one thing will remain the same: each bottle will continue to be hand-dipped with wax, and they’ll all say ‘handmade in Fitzroy.’ What better reason is there to help them reach their goal?

– Theresa
Co-founder of The Plus Ones, Theresa’s never met a rum she hasn’t fallen in love with.

Hurry — pledge to the Rum Diary’s crowd-funding campaign on Pozible (ends 9 November). Prizes include masterclasses and invites to the launch party.