Unless you’re a devotee of the unusual events we put on The Plus Ones’ calendar, your options are somewhat limited in the evenings: restaurant, bar, film. (Or stay home and be boring. But you’re not one of those, are you, dear reader?) Thanks to Om Nom Kitchen & Dessert Bar, you can switch things up a bit. I guarantee your friends will love you if you suggest, ‘How about we do dessert on Friday night for a change?’

TPO writer Lee and I were some of the first to try out the Dessert Paddleboard on their new menu. I can now say with great authority that it’s a damn cool experience. 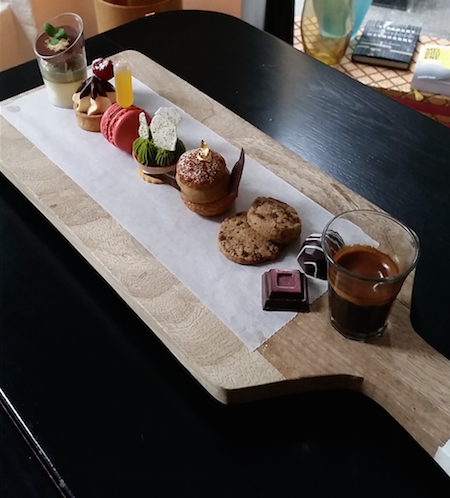 If you’ve never been to Om Nom, it’s inside the Adelphi Hotel on Flinders Lane. You wouldn’t know that you’re in a hotel — the dining area is right where you enter. Inside it’s cool-cool-cool. Like, get out those high heels, ladies — this is someplace you can get all decked out to go to. Lee and I definitely could have dressed up a bit more (says the person who’s never one to shy away from dressing for an occasion).

The interior is all dark fabric, mirrors, and a grey-and-chartreuse colour scheme that look great in one of those images you save to your ‘design-inspo’ Pinterest board but would never do in real life. The best part: I rather shockingly arrived early (Lee knows this is a rarity), so was able to snag the fun seat. Or should I say…swing. That’s right, baby — cue Austin Powers voice — I’m a swinger! The padded and pillow-strewn bench is indeed a swing. I had to resist the urge to rock back and forth during high tea. 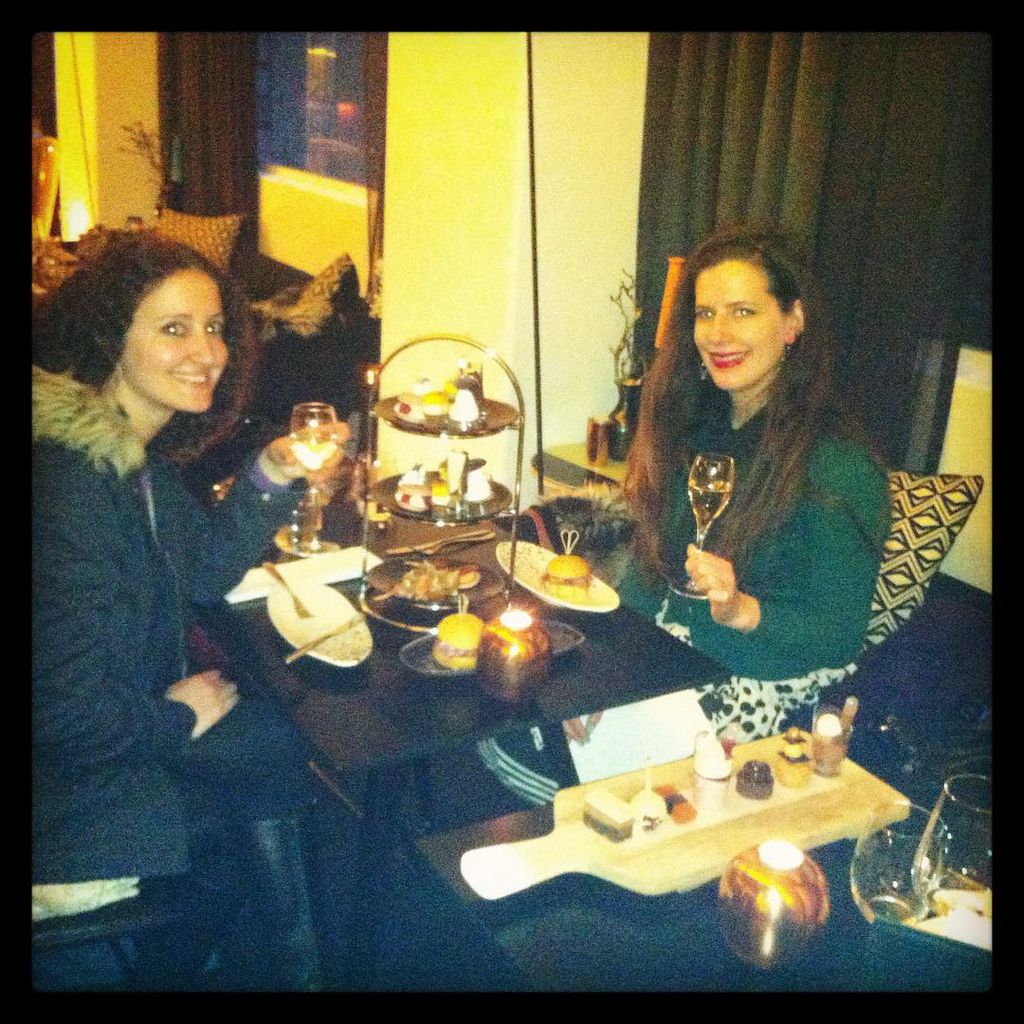 Drinks-wise, really, you should treat yo’self. We did, to a glass of fancy French bubbles. Now for the Dessert Paddleboard. The menu is designed by Om Nom’s chef Christy Tania, pastry chef par excellence. The Dessert Paddleboard ($28) lets you can pick a whopping seven(!) desserts from the ever-changing menu. Some of them are almost too gorgeous to put in your mouth. But don’t worry, we forced ourselves to, even cutting a few in half so we could share them. We were on such sugar highs afterwards. It was the best way to start off the weekend.

– Theresa
Co-founder of The Plus Ones, Theresa would go to high tea on a weekly basis if she could.

Melbourne Fringe Festival 2015: The Plus Ones’ Guide